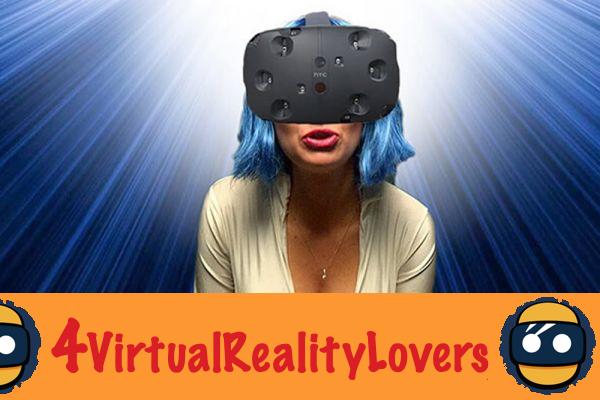 Virtual reality lends itself to almost any experience. Many weird VR experiences have already emerged. Cultural difference obliges, it is especially Japan which offers us an anthology of new experiences and at least eccentric, unusual, surprising, sometimes shocking, often funny or twisted. Our collection of the strangest and most amazing virtual reality experiences in this not trivial top. 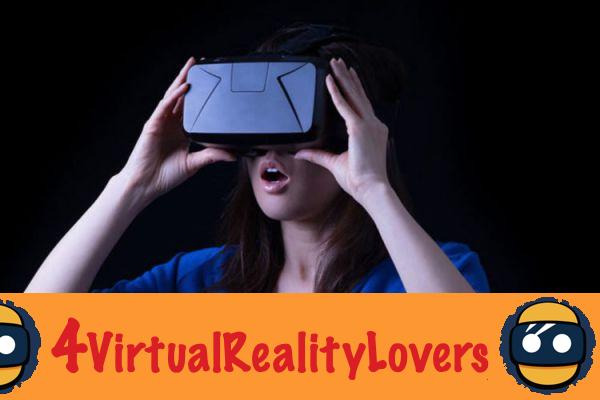 In the skin of a blind man: an unusual VR experience

“Hotel Blind” is the name of a curious virtual reality experience to say the least, but which has the merit of making people understand the difficulty of being a blind person on a daily basis. The title allows the user to immerse themselves in the body of a woman suffering from blindness. This unusual experience comes in the form of a game in which the view is totally obscured. The user will have to limit himself to his 3D hearing abilities to perform certain everyday gestures.

It will be necessary to mentally reconstruct the space of the room in which you are virtually immersed to carry out various actions like making a phone call, finding your keys, etc.

Getting Beheaded: A Shocking VR Experience

“Disunion Guillotine Simulator” is a particularly surprising virtual reality experience created by a group of Danish friends. Lhis concept, quite shocking, consists of simulating one's own death by guillotining in front of a medieval crowd. Faced with the hostile crowd in a town square, you can relive the very unpleasant feeling of a condemned man during the French Revolution.

You will even have, the icing on the cake, the pleasure of seeing your head fall into a basket as was customary at the time. The sound makes the experience even more unsettling. You probably think this is a fun experience with friends. Look at the reactions of the people who tested the experience… they all feel the need to remove the helmet very quickly from their heads. Proof if there is one that the experience is particularly shocking.

Virtual reality allows you to change your gender ... for a surprising experience. “Be Boy, Be Girl” sends you to an island paradise… in a body endowed with a different gender. This experience, which gives the illusion of being a woman if you are a man and becoming a man if you are a woman, is particularly surprising. The experience also suggests changing for a younger body but with the same sex.

And the reactions are also surprising, and different from one country to another. Brazilians are, for example, much more open to a change of sex while gays prefer to live the experience of a younger body but of the same sex ... just like women over 50 delighted to find a young body girl for an original and surprising experience.

It is obviously on the Nippon archipelago that such an experiment was recently carried out. At the end of June, a Japanese man was virtually married to a manga character. A real ceremony was celebrated and punctuated, as tradition dictates, by a kiss on… a marshmallow!

We can speak of a lucky chosen one because the Japanese who had the joy of getting married virtually with his favorite manga character won a competition in which many suitors had offered themselves. A truly eccentric virtual reality experience which nevertheless remains without legal value, just a nice souvenir, a video and a few photos in the costume of a groom ...

Saving a Kitten: An Amazing and Scary Virtual Reality Experience

This is an astonishing experience in virtual reality but which proves all the immersive potential of the technology.. Once you put on the virtual reality headset, you find yourself in an elevator. When the doors open at the top of a building, you find a wooden plank above the void. An adorable kitten is there and you have to save it by advancing on the board.

Simple in appearance, except that the experience turns out to be particularly frightening as you can see in the video above. Seized with dizziness, the candidates for the rescue are really petrified of fear. An amazing and spooky VR experience that proves the full potential of virtual reality and its ability to totally fool the brain.

Fly like a bird: a unique virtual reality experience

“Birdly” is an unusual virtual reality experience that lets you fly like a bird. This is a real simulator in which you will have to flap your wings to move through the air. Especially available in the MK2 VR space in Paris, this unique experience will allow you to make one of humanity's oldest dreams come true.

The original experience allows you to fly over New York City as if you were a bird. You will have to flap your wings to gain altitude. This unique virtual reality experience is particularly intuitive. A VR experience to test to be convinced of the potential of virtual reality.

In the shoes of a schizophrenic: a strange VR experience

Although it may seem particularly strange, this virtual reality experience is above all educational. Developed by the Janssen laboratory, the objective is to slip into the skin of a schizophrenic person to understand their daily life. LThe experience is offered in particular to families to better understand the illness from which their loved one suffers.

Conceived with a psychiatrist specialized in this pathology, the curious experience is described as quite faithful to the reality of the patients. Far from being as strange as it seems, the VR experience of slipping into the shoes of a schizophrenic is both didactic and realistic..

A virtual girlfriend for Valentine's Day

This bizarre virtual reality experience is once again in Japan. For Valentine's Day, Japanese singles got the chance to share a few moments in the life of star Ai Shinozaki as if she were their girlfriend. A dream for many Japanese geeks, which some were able to achieve for a few minutes. 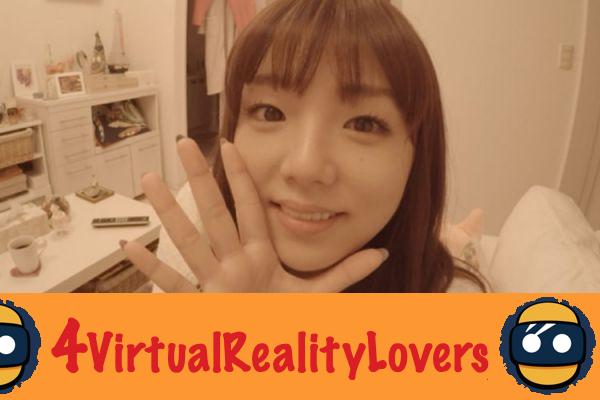 Valentine's Day requires, people who have been able to test the bizarre experience were entitled to a box of chocolates offered by the star as well as a virtual kiss from the beautiful. Very soft, the virtual reality experience does not allow you to go further than living a few moments with Ai as if you were sharing her daily life by being her boyfriend.

Dying in VR: a bizarre and disturbing experience

A British researcher has developed a virtual reality experience allowing his guinea pigs to die virtually and experience decor ships. A disturbing VR experience of near death that allows people to experience what people who have actually died and come back to life after resuscitation have said they experienced. 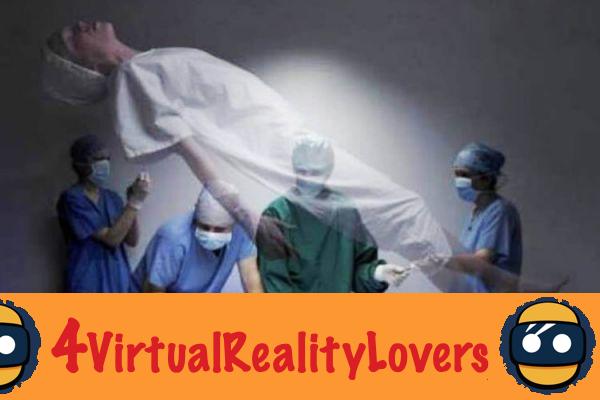 This bizarre experience, however, had a notable effect on the guinea pigs, especially on their fear of death.. After this experience, many said they were much less afraid of dying than before.

Fulfilling your most twisted fantasies: a curious VR experience

We all have fantasies. Most of us are content with classic naughty fantasies which, while they may shock morals, are still fully admissible. Other people have particularly twisted, strange or even abnormal or funny fantasies.. And virtual reality makes it possible to achieve them, at least in a virtual way.

As a WTF bonus: VR for chickens

It is not strictly speaking a virtual reality experience but its WTF side deserved its place in our top of the most bizarre VR experiences. In the United States, the project to equip rearing hens with virtual reality headsets has emerged. The idea is to offer better quality meat by reducing the stress of intensively farmed chickens by making them believe that they are living in the wild.

The concept, which wanted above all to draw attention to the disastrous conditions for raising chickens on these farms, created a real buzz. The creator of the project says he is ready to participate in any experiment that will test this very strange possibility.