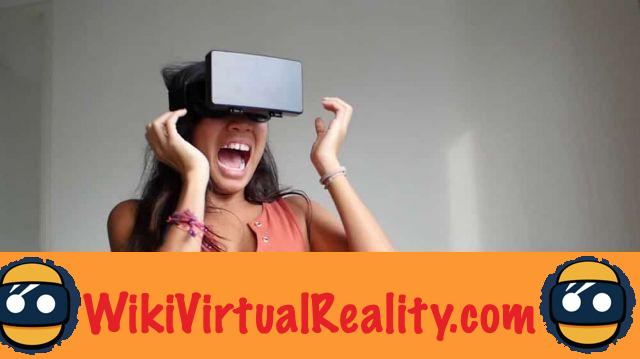 Since its inception, virtual reality and horror have gone hand in hand. The immersive ability of virtual reality allows the brain to trick the brain into believing it is experiencing another reality and when that alternate reality is terrifying, the reactions can be particularly powerful or even comical for those looking at the player from the outside. Here are our top 5 people really scared by a VR horror game.

The American donned an HTC Vive headset to play a famous 360-degree zombie shooter. In a nocturnal and murky setting, zombies appear and approach the player who only has a gun and a flashlight to survive. The American is so afraid of the game that she trembles like a leaf. As you can see, his weapon literally shakes on the screen. She obviously screams and still manages to complete the first level. However, she will not dare to try the second level of the horror game..

In a shopping mall, a man tests a virtual reality headset for the first time with a roller coaster-like game. Everything seems to be going well as the wagon gains altitude. As the young man gazes into the void to the side, the person behind her gives her a little push on the back.. Believing to fall, the reaction of the terrified man is particularly funny.

An Indonesian TV station has set up a terrifying hidden camera with The Walking Dead in virtual reality. Participants, seated in a car, saw images of zombies surrounding the vehicle. However, when they removed the virtual reality headset, they found themselves surrounded by zombies similar to those in the series ... The reactions of terror are surprising. This hidden camera was used to launch season 7 of the series in Indonesia.

Paranormal Activity is a horror game in VR with a very scary atmosphere that causes many outbursts of terror and reactions of horror. The designers of the game tested on 10 people in order to visualize their reactions… And they live up to their expectations! Here is the video and the terrified reactions of the players.


A very funny compilation of really scared people in VR

To finish this top 5, we offer you a compilation of 10 people very scared of a horror game in virtual reality. Their reactions are often very funny, especially for those around them.