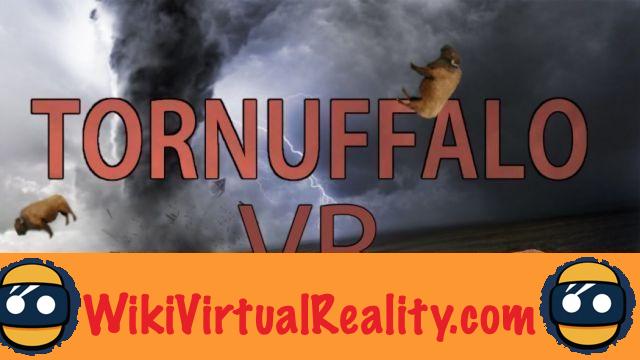 Tornuffalo's pitch is simple: survive. Nothing original a priori. Except that this game, released last December, offers in its latest update an interesting development. It allows you to use all of the HTC Vive's sensors and controllers. Be there possibility to act in the game not only with the headset and the controllers but also via the sensors attached to the feet and the waist. A real evolution that makes even more realistic immersion experience. 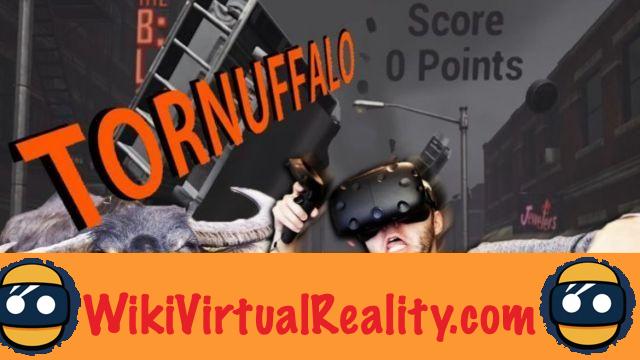 Beware of the bull

To hope to go as far as possible in the game, it is therefore necessary to avoid obstacles. For that the player has several options. Besides avoiding the projectiles (including bulls, in English) thrown at full speed into the storm () by moving your head, he can therefore use his fists and feet. The sensor located at the waist also allows better dodging of the avatars and dangers proposed. The proof in pictures below.

HTC Vive Tracker, towards an ever more realistic immersion

All of this evolutions proposed by RealityRig and available in beta mode for the moment in Steam show the way to even more realistic and immersive programs. An improvement in the VR experience that will delight enthusiasts. The latter are often frustrated by having to be content to act only by the movements of the head and hands.

Many games offering a virtual reality experience involving the whole body are coming to the market. The precursor being Island 359 developed by Cloudgate. A trend which will obviously increase in the coming months. The equipment (sensors on the feet and on the waist) are offered at around 100 euros.


The latest innovation proposed by the Taiwanese manufacturer now offers this advance in immersion. The HTC Vive Tracker, available since March 27 for developers, offers new perspectives. We were able to test it within the editorial staff.

Tornuffalo is thus one of the only two games currently compatible with HTC Vive Tracker technology. (with Football Simulator). However, he is the first to accept the use of 3 sensors in order to provide the most realistic experience possible.

Sony claims the human brain is getting used to virtual reality ❯

add a comment of Tornuffalo and HTC Vive Tracker, virtual reality from head to toe.