TouchVR: a haptic feedback device for touching in VR 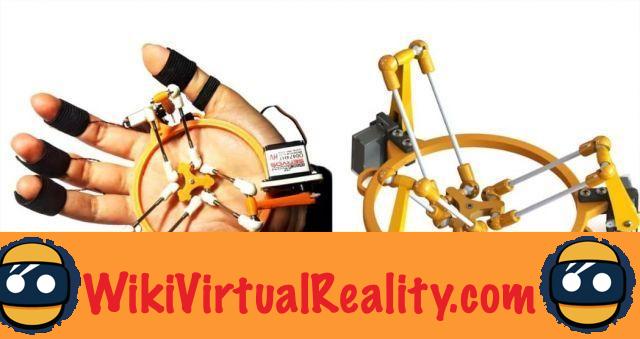 Russian researchers have developed TouchVR, a haptic feedback device that applies force to the palm of the hand and vibrotactile feedback to the fingers, providing a feeling of touch in virtual reality.

For a virtual reality immersion to be successful, there must be no element of the experience that reminds the user that the user is living a reality that does not exist and that his brain is deceived. When a sense is not stimulated in reality and it is in the virtual, the brain remembers that it is having an experience that does not exist and the immersion is wasted. This is particularly the case with touch, the most important sense in virtual reality after sight and hearing.. This is why different companies are working on haptic gloves for virtual reality. Russian researchers have gone further than what is currently proposed by presenting a haptic feedback system combined with vibrotactile feedback. 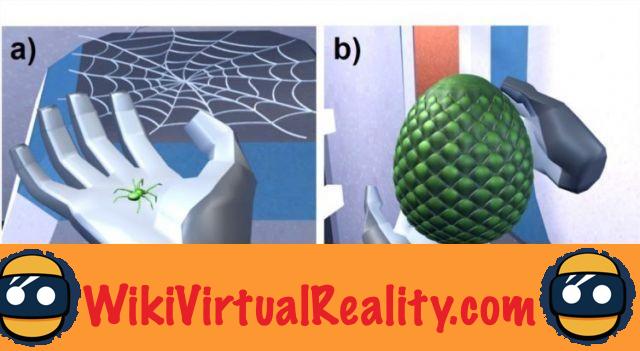 TouchVR: haptic feedback for the feeling of touch

Concretely, the TouchVR looks, at the base, like an Iron Man glove featuring a circular DeltaTouch 3D force generator centered on the palm of the hand, as well as vibration motors connected by Velcro straps to the thumb and surrounding fingers. Thus equipped, the wearer can feel the applied force and the sliding movements in the palm, combined with the vibrations which extend from the palm to the fingertips to simulate the textures of the objects. There is no need to hold another controller as the hands are tracked with a Leap Motion hand sensor and the HTC Vive Pro VR system.

The researchers used several Unity-based virtual reality applications to demonstrate the capabilities of TouchVR, including a virtual spider moving on the user's palm, a leaping soccer ball, and a moving dragon egg. Other early demonstrations let users operate a virtual robot with the help of tactile feedback or feel immersed in a Matrix-style 3D collection of streaming lines of code.

Iris Dynamics' portable Oculus Rift gets into VR in 60 seconds

Add a comment from TouchVR: a haptic feedback device for touching in VR