Traffic Jams: a fun game to manage traffic at a busy intersection

It is a concept that is not necessarily very common in France, but that we see in many countries. A person in the middle of the traffic who rules the passage. It is this role that we offer you in virtual reality with the game Traffic Jams.

Where some might imagine a rather bleak experience, better warn you from the outset. You might well be surprised as this game is chaotic, crazy or demanding, depending on your approach.

The first major factor when it comes to getting to grips with the virtual reality game Traffic Jams, don't expect a realistic atmosphere for two cents. There we put you in the middle of a very cartoonish atmosphere, rather cute by the way, with the impression of being in a cartoon. Humans who fly through the air and the illusion of listening to The Sims should reinforce that impression. You will therefore find yourself in the middle of a crossroads on which traffic is at the very least panicking. On the program, buses, cars, pedestrians and more. 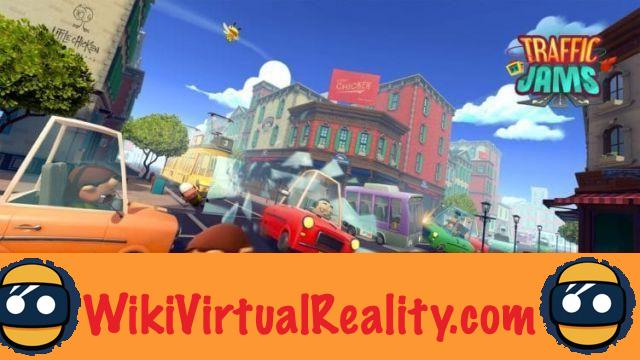 For now, the game has not yet launched, but the developers regularly post pictures of the game or new information on a subreddit dedicated to Traffic Jams. The game is expected to launch on the Oculus first, but nothing is certain as to compatibility with the Quest.. Ultimately, it should especially be launched everywhere, including on the PlayStation VR. It only remains to be seen when.

Pokémon Go: What's new in the next update ❯

add a comment of Traffic Jams: a fun game to manage traffic at a busy intersection