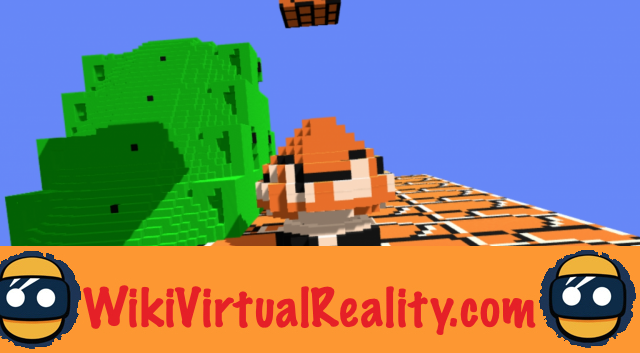 The NES is a game console that rocked the childhoods of many of us. Video games like Super Mario Bros, The Legend of Zelda, Metroid or Contra are today considered to be great classics in video game culture, which today continue to be emulated with increasingly breathtaking modern adaptations. Speaking of emulators, this is precisely the question of emulation in this tutorial, since you will discover how to play these retro games in virtual reality.

Created by Tran Vu Truc, an independent Vietnamese developer, 3DNes is an emulator launched a little over a year ago, allowing to transform the 2D games of the NES into 3D experiences. The software detects 2D images and automatically converts them to 3D objects. Thus, the pipes in which Mario likes to immerse himself are transformed into circular objects. With 1.4DNes update 3, it is now possible to use the emulator using a virtual reality headset such as the Oculus Rift or the HTC VIVE. Here's how to do it.

Step 2: After downloading the Nes games you want as ROM files, put them in the 3Dn subfolder. A collection of great classics is already included.

Step 3: Change the name of ROM file to match 3DNes format. For example, if you have the mario.nes file, rename it mario.3dn.

Step 4: Launch 3DNes, and open the ROM file. Press the Ctrl button and the down arrow simultaneously to launch VR mode. All you have to do is indulge in the joys of VR retrogaming. Beware: this is obviously an experimental project developed by amateurs (in the noble sense of the term) and these games dating from around thirty years are not at all optimized for virtual reality. Watch out for motion sickness.

En Configuring the RetroArch emulator correctly, it is possible to play Super Nes, Nintendo 64 and Sega Genesis games in virtual reality on Samsung Gear VR. Note that the images will not be converted to 3D. They will still appear as a flat 2D surface, but you'll enjoy the visual comfort of Gear VR and head-tracking. To use this emulator in virtual reality, however, you must have a Samsung Gear VR, a compatible Samsung Galaxy smartphone, and a Bluetooth controller. Beforehand, also download the ES File Explorer and Play Cardboard apps on Gear VR from the Google Play Store, and the latest version of RetroArch using the Side load method (the Play Store version will not work).

Step 1: After installing the necessary apps, turn on Cardboard Mode.

Step 2: Open ES File Explorer, and create a new folder within an accessible location, like / sdcard. 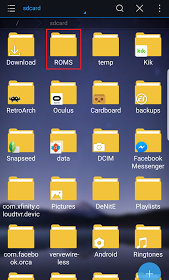 Step 3: Copy the following files to the chosen folder:

Step 4: Open RetroArch, go to Settings> Directories, and upload the following files to your new folder. 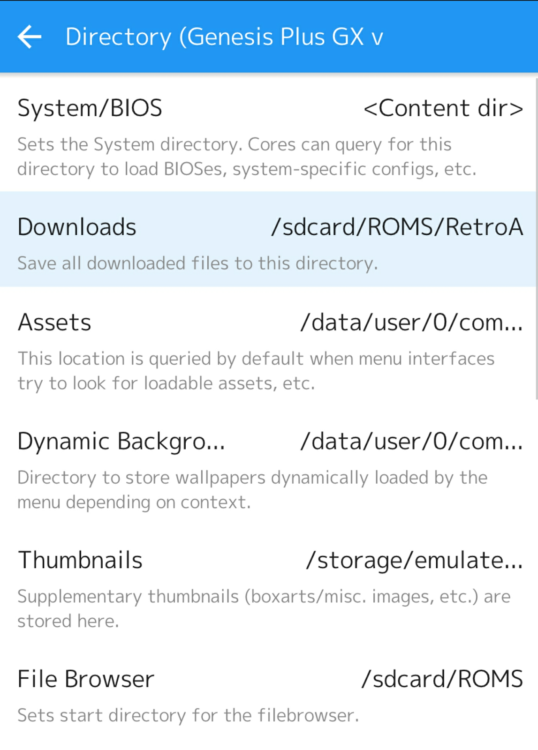 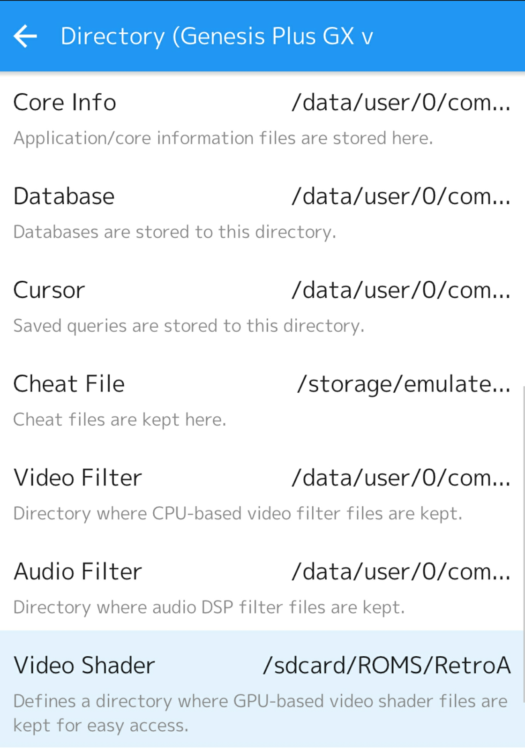 Step 5: Download the following Cores from the main menu

Step 6: Launch the Snes9X Core (or the Core corresponding to the console of your choice).

Step 7: Launch a ROM from your device. You can download an open source ROM from RetroArch if you don't have one.

Step 8: Press the RetroArch button in the center of the screen to open the options menu, and look for the Shaders option.

Step 9: Press the Load Shader Preset button and find the retroarch.glsp file in the folder you created in step 2.

Step 10: Scroll down to Shader # 0 and press the button. You should see the two glsl files. Choose the SNES file (or the console you chose).

Step 11: Go back to the top of the screen and press the Apply Changes button, then return to the previous menu. You can press the Save Core Presset button if you want to keep these settings.

Step 13: Press the arrows to set up touch controls.

Step 14: Make sure your controller is turned on and connected. Insert your smartphone into your Gear VR, and embark on the adventure.

Thanks to the Dolphin VR 5.0 emulator, it is possible to play Nintendo Gamecube games like Zelda: The Wind Waker or Metroid Prime in VR retrogaming on HTC Vive or Oculus Rift. Here is the procedure to follow on Oculus Rift. Step 1: Download Dolphin VR at this address Step 2: Obtain a disc image of a Gamecube game, as well as a controller. Preferably use a Gamecube controller, but an Xbox controller will do. Step 3: From the Oculus Home menu, go to the Oculus window, Settings, General, and allow unknown application sources. Step 4: In the graphics settings choose between D3D11 and OpenGL and set the resolution to 3x or 2x.Step 5: In the controllers settings choose the emulated controller and configure it, then load one of the profiles starting with Xbox.Step 6 : In Options> Hotkey, launch Xbox GameCube Complete or Keyboard Default Step 7: Transfer your .iso, .gcm, .gcz, .wbfs or .wad file to an external hard drive and go to configuration settings, then to the Paths tab to add this destination. Step 8: Authorize cheats. Step 9: Before starting a game, right click on the game in the games list, and choose the properties tab. Look for the hidden objects tab and choose the buggy objects you want to hide in virtual reality. Go to the AR codes tab, and check the Disable Culling codes to force the game to display what could not normally be seen. Step 10: Choose the game, click on play, put on your VR headset. You can enjoy GameCube VR retrogramming. Many bugs remain to be deplored, and most of the games only partially work. Metroid Prime is one of the best suited games for VR.

add a comment of [Tutorial] Retrogaming VR: how to play retro games in virtual reality with 3DNes and RetroArch