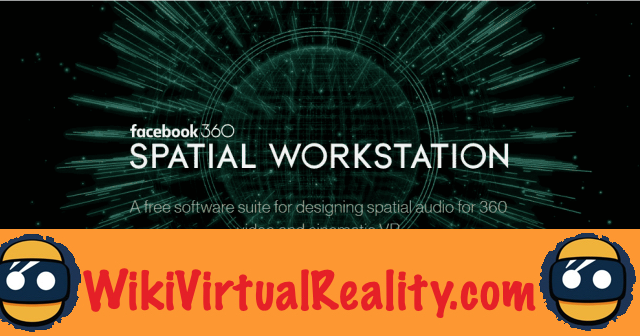 Scottish company Two Big Ears recently announced its absorption by Facebook, reports the TechCrunch site. The company specializes in creating immersive audio design tools. In other words, 3D sound. The developers have created two applications for this purpose: 3Dception for Game and 3Dception for Cinematic VR. The company is therefore in a growth market. If the video game industry has long required 3D sound, that of virtual reality needs it even more. The sound dimension of a VR video is fundamental for good immersion and for certain operating mechanics: a person in a virtual reality video can be pointed in the right direction thanks to the sound.

The Zuckerberg firm has indeed announced that sound design programs will be made available to developers free of charge. Facebook's takeover of Two Big Ears is therefore firmly anchored in the company's virtual reality strategy. The goal of the social network is not to provide virtual reality services, but to offer a way to distribute them. Facebook has repeatedly shown its willingness to launch the production of content among professionals so that they are shared on its site. The 360 ​​° surround camera was explicitly designed for directors, the plans are also open source. Two Big Ears programs will therefore be used to facilitate the task of professionals wishing to work in virtual reality..

Several things will change in the business. In the first place, Two Big Ears game-centric program to merge with Oculus to work on the sound dimension of games. In its statement, the company also announced that the pro contracts of its former customers would be maintained for the next twelve months. This program was also renamed Facebook 360 Spatial Workstation. Since the takeover of Oculus in 2014, Facebook has brought together companies, professionals and programs around its VR project. This set of acquisitions defines a strategy whose ultimate goal would be to dominate the virtual reality market.