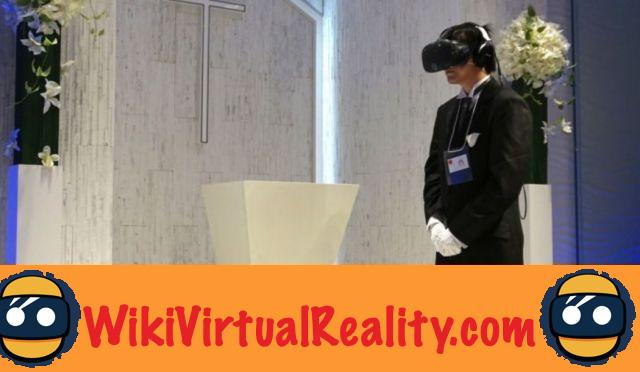 The Japanese are very shy and sometimes have difficulty finding a partner to marry and form a family. In the Empire of the Rising Sun social conventions are different from the West, it is very difficult for the Japanese to reveal their feelings towards a woman or a man. Content due to work obligations and a still underdeveloped hedonistic feeling, many young men are turning to virtual relationships or erotic manga.We thought we had seen it all with the chicken virtual reality headset in the United States, we were wrong. Japan has once again struck hard in the field of the unusual and the bizarreThis is a world first, Friday, June 30, a thirty-something married a video game character in virtual reality. A very strange ceremony, in which the groom wore a lively HTC helmet to exchange his vows with a virtual character. 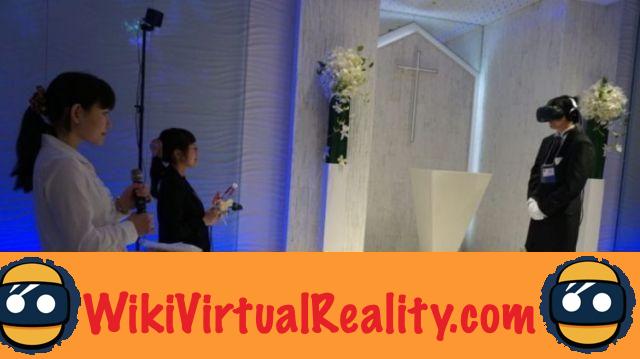 A competition to get married in virtual reality 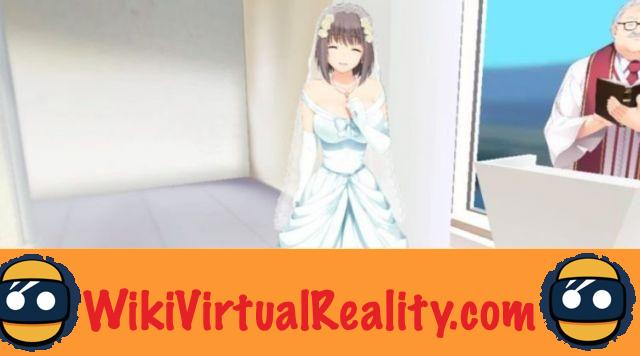 For the occasion, almost everything had been done for this atypical wedding to say the least. A ceremony in the church, the groom in a suit, a priest giving a wedding speech in real life, and in virtual reality, as well as friends and family present to witness the wedding. The strangest moment of the ceremony is surely the kiss. The young Japanese had to kiss a marsmallow held by sugar tongs to seal his union. Not sure the marshmallow is appreciated the gesture. 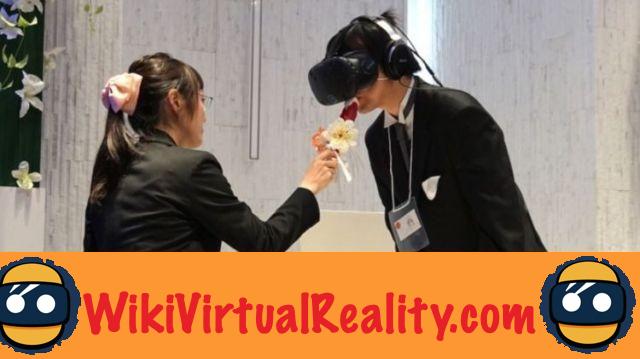 How does virtual reality work? (step by step explanation) ❯