The leaks don't stop anymore. A reddit user posted images of the Oculus Quest 2 box. He found them on the Craiglist peer-to-peer site. The helmet has since been sold, but the photos allow some information to be gleaned. First of all on the contents of the box which does not bring any real surprise. In contrast, the back of the package shows six experiences / games some of which are known and some are not. This is the case for The Climb 2, the probable sequel to the climbing game. But also of Jurassic World: Aftermath, a title hitherto unknown. Indeed, we only knew that the Universal studio had registered this name last April. Finally, to the delight of fans, Yoda appears on the image of the future Star Wars Tales from the Galaxy's Edge. While these photos may be faked, they still seem believable. 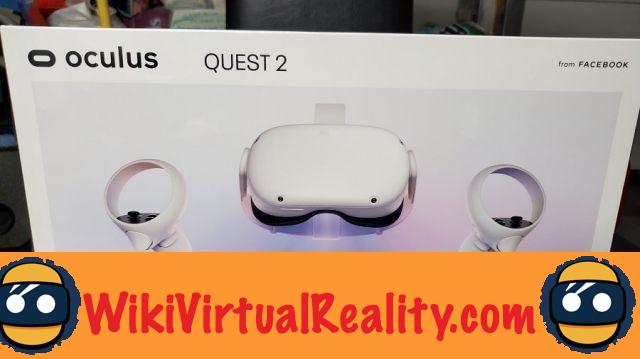 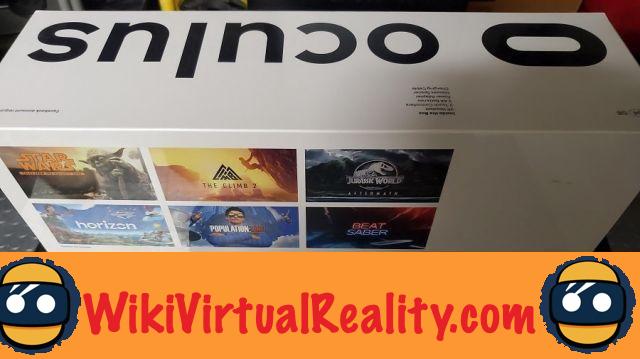 A few days before its official presentation, the next autonomous headset from Oculus has again leaked on the Internet. Except this time around the culprit is none other than Facebook. Indeed, a whole bunch of information about the Oculus Quest 2, which appears to be its real name, has surfaced through Facebook's Blueprint site. If most of these pages are no longer online at the moment, some have nevertheless had the time to extract all the crispy details. This is particularly the case for presentation videos of the device.

One of the videos shows a design of the helmet, indicated as being more comfortable. Until now, nothing new. On the other hand, it goes deeper into the technical characteristics of the product. We learn that the Oculus Quest 2 uses the latest chip from Qualcomm Snapdragon XR2. We strongly suspected it, but this should represent a big performance gain compared to the Snadragon 835 which equips smartphones of three years ago. In addition, RAM memory goes from 4 to 6 GB.


2K resolution per eye for the Oculus Quest 2

In terms of the display device, the Oculus Quest 2 should have 50% more pixels than its predecessor. The total resolution would be close to that of a 4K screen, with 2K per eye. Even if this comparison is not perfectly adapted. As for internal storage, the headset will offer some 256 GB in one of its versions. A welcome increase when we know that games are taking up more and more space. Otherwise, there will always be the option to use a computer and a USB cable to the Link function. Finally, the device will be able to operate all the titles compatible with the first Quest. There will therefore be no need to buy games again.


For the time being, no date or price has been revealed. We should learn this soon enough, however. It is almost certain that these videos will be officially unveiled at the Facebook Connect event scheduled in two days.