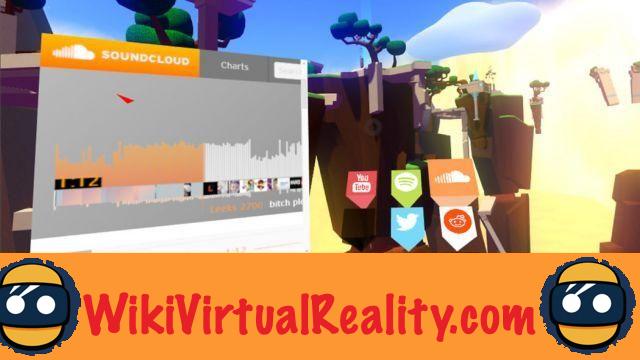 A universal virtual reality dashboard sounds like a great idea, but it seems difficult to convince all developers to integrate it into their app. V remedies this problem, since it integrates automatically and intelligently into any VR game. The developer does not need to intervene.

Surf the internet in your VR games

It is possible to display this dashboard at any time within virtual reality. The interface allows you to watch videos, listen to music, and just about anything you could want to do on the internet within your favorite VR applications. Initially presented last May, V is available in open beta starting today on Oculus Rift.

Such an interface can prove to be very useful. For example, imagine that you are playing Elite Dangerous, and want to watch a video tutorial to complete a mission that is giving you a hard time. Thanks to V, you can use YouTube without having to quit the game or remove your headset. Likewise, if you feel like listening to music while sculpting in VR with the Medium app, just run a Spotify playlist without having to remove the Rift.

V, an intuitive and discreet dashboard 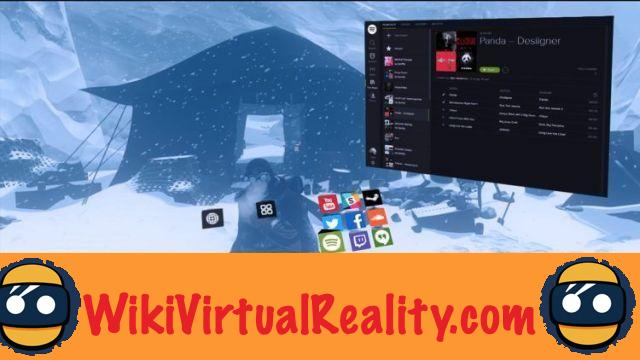 Far from being intrusive, V is a small application that integrates into your computer's taskbar, and automatically injects itself into recognized VR experiences. Once in virtual reality, the dashboard won't bother you since it will stay hidden until you choose to show it using a shortcut. A white point then appears at the top left of the screen. Fixing this point will allow V to appear within the application. can then choose from various predefined bookmarks or type the URL of your choice to use a web application. The navigation window can be easily moved or resized as you wish. Once the task is finished, the dashboard disappears automatically, but it is possible to keep the page in memory so that it is displayed again when you want it. 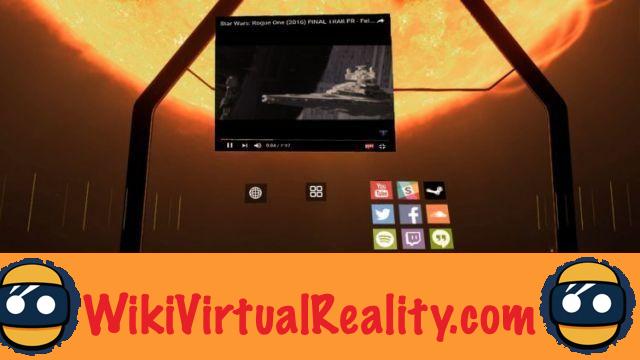 The open beta launched today only supports one web page at a time, but the creators of V plan to allow an unlimited number of pages, apps, and widgets to be opened simultaneously. The current restriction is linked to a performance limitation. The browser is developed from Chromium, and web browsing consumes a lot of resources, especially to play high quality flash video while maintaining the 90 FPS of a VR game.

The more powerful computers become, and the more V continues to optimize, the more possibilities will evolve, according to project co-founder Tyler Andersen. According to him, V is designed to minimize its impact on the VR application in which it is deployed. If the number of frames per second decreases, the dashboard will immediately freeze to remedy the problem.

The open beta of V is compatible with the Xbox controller, but also with a keyboard and a mouse. The Oculus Touch controller will soon be supported and will further facilitate interaction with the dashboard. The open beta is only offered on the Rift, but will launch on HTC Vive soon as part of an upcoming update.

add a comment of V - A universal dashboard for virtual reality