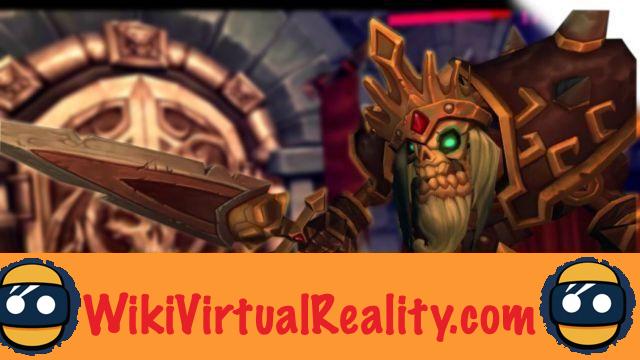 It was in April 2016, at the same time as the HTC Vive, that the game Vanishing Realms was launched on Steam. At the time, it was the very first RPG / action / adventure game in virtual reality.

Immersed in a fantasy world, the player had for the first time the freedom to explore a vast environment and to fight many monsters using bladed weapons or powerful spells.

Three years later, in 2019, there are multiple VR role-playing games inspired by Vanishing Realms and its gameplay mechanics: A Warrior's Tale Skyrim VR child, VR ... and these are just a few examples.

Still today, Vanishing Realms remains a benchmark thanks to its excellent combat system. However, the title has received very few updates since its release and the lifespan is limited to a few hours.

While it was believed that developer Indimo had abandoned his project, excellent news has just fallen. Asked by a Steam user about a possible update, Indimo was content to announce very soberly a full extension to be released very soon.

Still according to the developer, this extension will regroup chapters 3 and 4 and will therefore complete Chapters 1 and 2 already proposed. It is not known if more chapters are planned for the future ...

Note that the founder of Indimo Labs, Kelly Bailey, is a former Valve employee. It is therefore possible that the extension of Vanishing Realms will be launched at the same time as the Valve Index, expected for July 1, 2019 ...

add a comment of Vanishing Realms: the very first VR RPG finally gets an extension