Vaqso - An accessory for smelling odors in VR on PSVR, HTC Vive and Oculus Rift 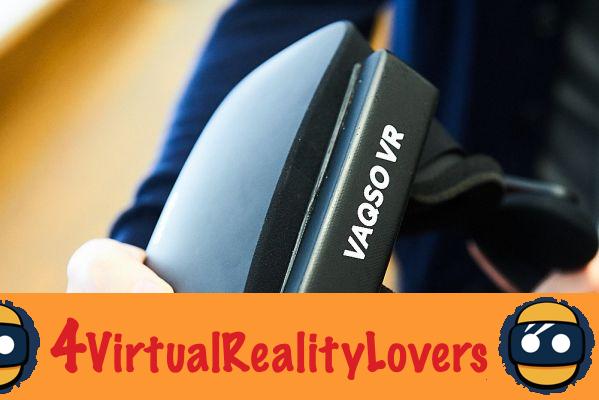 The bullets are whistling. The shots echoed. Taken for target by an entrenched opponent, you crouch behind a low wall in order to take cover. Taking advantage of this brief moment of respite, you take a deep breath. Instead of the smell of powder, dust or crumbling brick, the scent of your weeping feet fills your sinuses ... you are in virtual reality, and your nose has remained in the real world.

While the above example situation is not really bothersome, the lack of stimulation of smell in VR can be very frustrating. For example, in some virtual reality experiences, the user is faced with visibly delicious food, or in idyllic landscapes carpeted with colorful flowers. He will be tempted to be able to inhale the scent of these virtual worlds, but will not be able to. However, the Japanese firm Vaqso, based in Tokyo, seems to have found a solution to this problem. 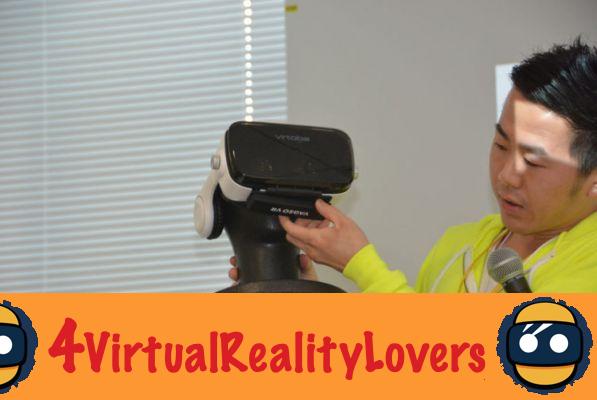 The company has developed a device the size of a candy bar, to be connected under an Oculus Rift, HTC Vive or PlayStation VR virtual reality headset. This accessory allows you to smell smells in virtual reality. You can choose from three different scent cartridges, and the intensity of the scent may change depending on what is displayed on the screen.

Through a plugin developed by the startup, game developers can insert a line of code into their software to tell Vaqso's device when to release a specific scent. This system will allow very easy integration of the device, and many developers will probably choose to implement this functionality.


Vaqso: $ 600 raised from Weru Investment for an ambitious project 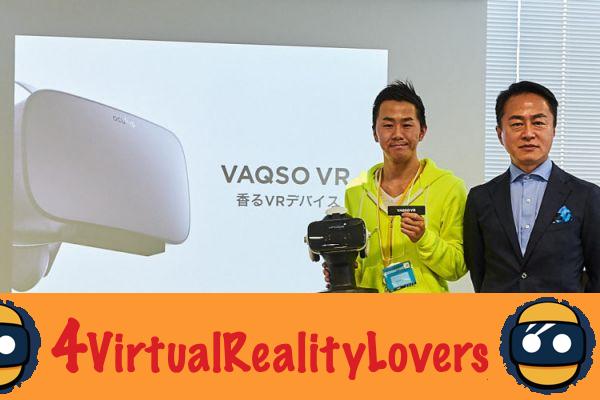 Cette ingenious idea enabled Vaqso to raise $ 600 this week as part of a seed fundraiser from the Japanese investor Weru Investment. This sum will make it possible to continue the development of the accessory and to improve it. The founder of Vaqso, Kentaro Kawaguchi, is not his first attempt in this area. The Japanese previously worked for Zaaz, a company offering restaurants to integrate fragrances into their advertising.

This is not the first time that a company has tried to stimulate the sense of smell in virtual reality. A company specializing in pornography already offers a VR headset that allows you to smell body odor while watching X movies in VR. This device works in the same way, using interchangeable aroma cartridges. However, the possibility of applying this system to any virtual reality game is a real innovation. This invention makes it possible to amplify the sensation of immersion in VR, in the same way as the electrodes making it possible to feel the taste in virtual reality.

add a comment of Vaqso - An accessory for smelling odors in VR on PSVR, HTC Vive and Oculus Rift