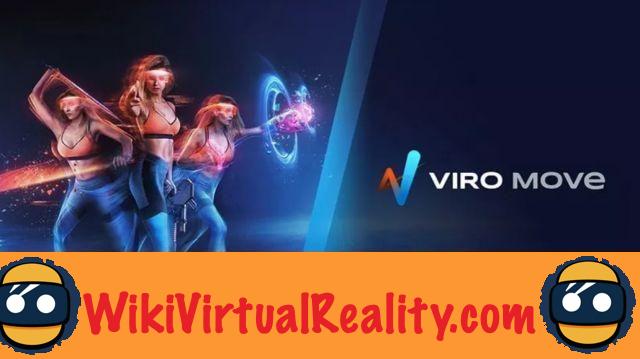 Since the early days of the VR Gaming industry, VR gaming has proven to be surprisingly effective in exercise and lose weight. Without even realizing it, absorbed by the entertainment, many players have exerted more physical effort than usual while playing in VR.

In 2018, a man had lost 5 pounds in a week by immersing himself in Skyrim VR. Likewise, a Beat Saber fan managed to lose 14 pounds by playing regularly.

It didn't take much more to give birth to the “VR Fitness” industry. In March 2019, Black Box VR notably opened the first gym combining fitness and VR in San Francisco. Other companies have chosen to devote themselves entirely to this promising niche ...

Today, Fit Reality studio announces the launch of Viro Move : a VR game specially designed to make you sweat until you lose weight. Yes yes, we are talking to you!

The title actually includes three different games : the boxing mode which will make you move your arms, the shooter mode in which you will have to dodge enemy fire and counter-attack, and the sword mode which strongly resembles Beat Saber. Each of these games is all about getting you to burn calories, and your stats will be tracked to help you reach your goals.

Viro Move will be available very soon on Steam, although the exact launch date is not yet specified. The game will be compatible with helmets Oculus Rift, HTC Vive and probably Valve Index.

add a comment of Viro Move: a virtual reality game designed to make you lose weight