Virtual and augmented reality 2018: the great results of the VR / AR market 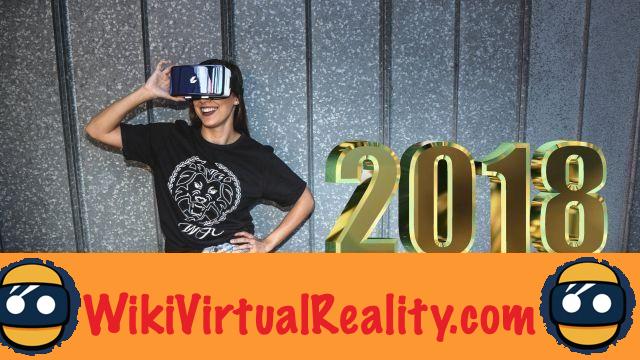 Two years after the launch of the Oculus Rift and HTC Vive, the past year 2018 was marked by several changes and surprises in the virtual and augmented reality market. We note in particular the arrival of autonomous VR headsets, the domination of the PSVR, the strategic turnaround of the market leaders, but also and above all a lack of novelties in terms of content. Retrospective.

Virtual reality 2018: an update on sales of VR headsets 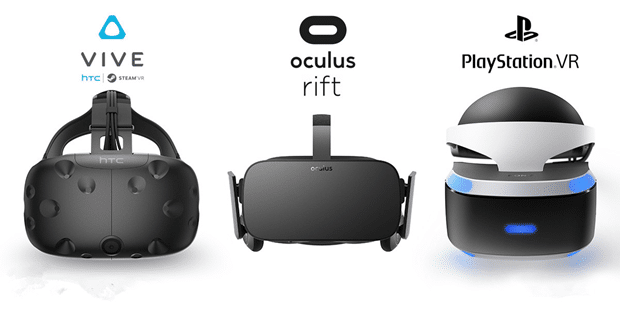 For its part, IDC believes that the market has met growth of 8,2% in the third quarter of 2018 compared to the third quarter of 2017. The market was dominated by Oculus with 491 sales combined for the Rift and the new Go autonomous headset. In total, the firm (which is now only a division of Facebook) monopolizes 25,9% of the market to her only. Note that these figures do not include the 60 units sold of the Xiaomi Mi VR, which is none other than the Oculus Go under another name aimed at seducing the Chinese public.


Regardless, by far the best-selling VR headset in Q2018 XNUMX is Sony's PlayStation VR. In total, the PSVR has sold 463 copies against 300 sales for the Oculus Rift and 000 sales for the HTC Vive. The Japanese device continues to profit from the popularity of the PlayStation 230.

In addition, IDC confirms the fall of VR headsets for smartphones like the Samsung Gear VR with sales down 58,6% in the third quarter. On the contrary, lAutonomous VR headsets are booming with sales up 20,6%. This last point is not very surprising, given that standalone VR headsets were almost non-existent in Q2017 XNUMX.

For their part, Windows Mixed Reality headsets such as the Samsung Odyssey or the Acer Windows MR (available since late 2017) failed to break into the market despite significantly lower prices than the competition. Although sales figures are not being released, the numerous price cuts these devices have experienced throughout the year indicate that they are not selling.

According to the Steam Hardware Survey (showing which devices Steam users play with), Windows Mixed Reality headsets have gone from 5,36% market share in February 2018 to 7,77% market share in November 2018. In comparison, the Oculus Rift would represent 46,9% of the market share and the HTC Vive 45,26%.

What can we deduce from these figures? First of all, as evidenced by the hegemony of the PSVR, virtual reality seems more and more considered as a technology dedicated to video games. The non-gaming audience seems to be turning away from it, although standalone VR headsets seem to have the potential to attract more consumers in the times to come. In addition, the difficulties encountered by Windows Mixed Reality headsets seem to indicate that the market is already “saturated” and shared between Oculus, HTC and Sony. 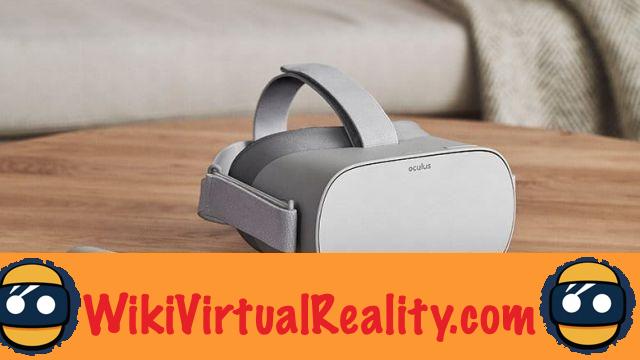 Among the various VR headsets launched during 2018, the star of the year is undoubtedly the Oculus Go. Sold nearly 200 copies since its launch in May 000, this stand-alone VR headset has succeeded in winning over many consumers. by its ease of use and affordable price. Thanks to this device, it is possible to immerse yourself in VR without having to invest a fortune or dedicate an entire room of your home to virtual reality. The Go is certainly the initiator of a trend, which should continue in the future with the launch of new and increasingly efficient autonomous headsets. Starting with the Oculus Quest in spring 2019.

For its part, HTC Vive has also entered the market for standalone VR headsets with the HTC Vive Focus available in China since the beginning of 2018 and in the rest of the world since November. However, in our regions, the Taiwanese firm has chosen to present this headset as a device intended for professionals. This is also the case with the HTC Vive Pro available since April, presented as an improved version of the HTC Vive for businesses. So it seems that the low sales of VR headsets have pushed HTC to leave the general public for the business market.

On the “VR gaming” side, we will remember a few games such as surprise. With 50 sales in a week and 000 sales in a month, this game developed by an independent Czech studio quickly established itself as one of VR's biggest hits. In October 100, SteamSpy estimated that the title had accumulated up to 000 sales. Now available on Rift, Vive and PSVR, is the highest rated VR game on Steam. The recipe for success ? Simple and addicting gameplay, and stunning graphics. Ultimately, that's all the public asks for.


Unfortunately, the developers were unable to meet this demand. As the year draws to a close, we see that very few games have caught our attention. Maybe even less than in 2017. Moreover, the most popular and best-selling games stay the same :… Nothing new under the sun.

The market seems to be stagnating, and everything suggests that video game developers are discouraged by low sales of VR headsets. The main reason VR headsets don't sell is the lack of content. TheThe virtual reality industry therefore seems for the moment trapped in a vicious cycle.

Plus, even big budget games are far from being a hit. Certainly, Bethesda has succeeded in seducing with and, two virtual reality adaptations of its PC / console games. On the other hand, the game clearly did not meet the expected success.

Produced in collaboration by Oculus, Marvel and developer Sanzaru, the title seemed promised to a radiant fate. All the ingredients were there: running an ultra-popular franchise, unlimited budget, proven developer, massive marketing campaign, potpourri of the best gameplay mechanics available in VR… unfortunately, all of this was not enough. The game, which is supposed to democratize the Oculus Rift on its own, has finally remained very confidential. The fault, perhaps, at a price of 39,99 euros ...

Despite this disappointing year in terms of content, there are still some positive points. We will notably remember the excellent, developed and produced by Sony for the PlayStation VR. With its innovative and awesome gameplay, charming art direction and overall quality, this game alone demonstrates that VR gaming is reaching a certain point of maturity. Developers are no longer in the experimentation or exploration of the possibilities offered by VR, but in the confirmation.

At the same time, a trend seems to be emerging. Faced with the rejection of VR headsets by the general public, The VR industry as a whole is now turning to arcades and other centers dedicated to virtual reality. Thus, after the success of the Star Wars Secrets of Empire experience, The Void and Disney are preparing no less than 5 new VR attractions including an experience taken from the film.

Likewise, the developer of the successful VR game has partnered with Nomadic to create a multiplayer version of his game intended for arcades. The players come together in a common space, and interact simultaneously in VR and the real world. Moreover, Nomadic is preparing a new experience drawn from the saga for 2019.

The most famous developers are also betting on the arcade. For example, Nintendo, which refuses to develop virtual reality games, has nevertheless developed a game for HTC Vive specially reserved for arcades. Likewise, Ubisoft has created an experience. Even Oculus intends to open its own centers dedicated to multiplayer VR, according to recent job offers posted on the web.

Cette convergence towards “out of home” virtual reality is very understandable. Indeed, the main reasons why the general public shuns VR headsets are the price, and the space necessary to be able to play in optimal conditions. However, VR arcades allow you to immerse yourself in the virtual occasionally without having to buy a headset and the space is already reserved to be able to play in the best conditions.

In addition, the devices are often more sophisticated than simple VR headsets and offer a much greater feeling of immersion. For example, the game is played in a kart that comes alive in real time. Likewise, the attraction takes place in a large warehouse set up to allow players to touch everything they see in VR in the real world. The experience offered is therefore much more spectacular than with a simple helmet.

Augmented reality 2018: what about AR?

Although it holds many promises, the augmented reality market is still far from matching that of VR. According to IDC, the virtual reality accounts for 97% of combined sales of VR and AR headsets in the third quarter of 2018.

The best-selling AR headset of the third quarter was Lenovo's Star Wars Jedi Challenges, with 23 sold. On the business side, the industrial AR solutions market saw growth of 1,1% in Q3 2018 compared to Q3 2017 in particular thanks to the launch of Vuzix and Epson headsets.

Suffice to say that the market was not upset by the launch of the Magic Leap One in August 2018 in the United States. To witness a real democratization of augmented reality, it will undoubtedly be necessary expect brands that are popular with the general public like Apple are launching their own helmets. La Pomme also plans to launch its AR glasses in 2020.

For now, augmented reality content mainly focuses on smartphones with games like Pokémon Go and its clones, or utility applications like Apple Measure or Ikea Place. Moreover, the Google ARCore 1.0 framework for Android was launched in February 2018, and the Apple ARKit framework for iOS went to version 2.0 in May 2018. However, there is no doubt that the applications developed for smartphones in the Using these tools will be directly worn on AR glasses when these products hit the market.

add a comment of Virtual and augmented reality 2018: the great results of the VR / AR market