Virtual laboratory - Help brought to the scientific world by VR

We already know that there is nothing better to train a pilot than a virtual reality flight simulator, lower costs, possibility of facing all kinds of scenarios in a secure bubble, nothing like a realistic and immersive virtual world to understand and learn in a field. Based on this observation, Wouldn't the scientific world benefit from this same virtual space?

In any case, this is what an entrepreneur with a passion for new technologies thinks, Michael Bodekaer, which has set up a virtual laboratory for scientists already working or still in training. Imagine for a second the possibility of doing all tests and experiences that we want without taking any physical risk, drastically lowering costs and accelerating the process of results. We then put in the hands of the next generation of scientists a brilliant tool to solve all our current problems in an optimal way. This virtual laboratory then becomes a boon for all scientists, but not only. 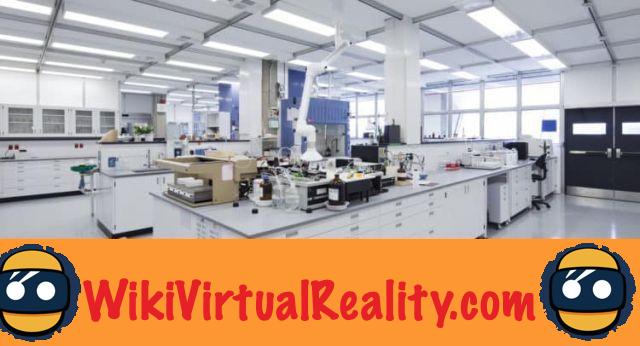 So, Jack Andraka, a young child of 15, passionate about science but of course not having access to laboratories due to his lack of experience, was able to develop, thanks to this new virtual laboratory,

All young professional or amateur researchers can now revolutionize science thanks to this unique tool. In addition, to bring a playful dimension, Michael Bodekaer has asked games designer to create little games in this virtual lab, such as a murder to be solved by learning key scientific skills.

It seems clear that this new feat achieved with virtual reality will fuel the training of young scientists in the right direction in a fun and exciting environment, but also allow the most accomplished to create the revolutions of tomorrow.


Such an exciting tool that even Facebook may fear for its popularity tells us Michael Bodekaer:

39% of game developers work on VR or AR applications ❯