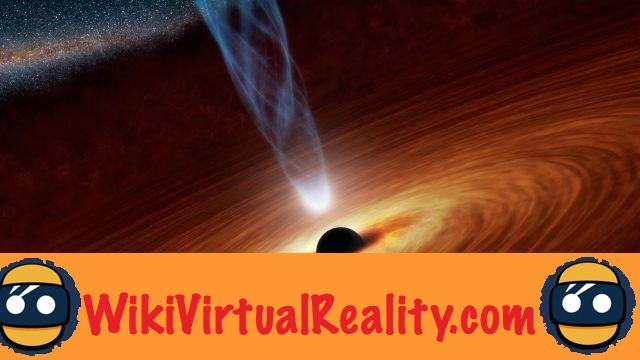 Who said virtual reality is only for playing video games? Surely not the scientists from the University of Radboud (Netherlands) and the University of Goethe (Germany). Using the latest astrophysical models of Sagitarrius A, the supermassive black hole in the center of our galaxy, the researchers managed to create a series of images. These visuals were then assembled to create a 360-degree virtual reality simulation of the black hole.

According to one of the researchers, Jordy Davelaar, this immersive VR simulation is one of the most realistic depictions of black holes ever. It could make it possible to learn more about the behavior of black holes, knowing that it is impossible to travel to the surroundings of such an astrophysical object the time of a human life.

We all have in mind an idea of ​​what a hole is supposed to look like. However, according to Heino Falcke, professor at Radboud University, science has progressed and it is now possible to create more accurate renderings that look more like the real thing. This VR simulation is one of them, "and it's just the beginning."

In addition, scientists believe that this simulation could allow to encourage the general public to take an interest in astrophysics. Also according to Davelaar, this VR reproduction was used to present the phenomenon of black holes to children. They were very interested and learned a lot. This suggests that virtual reality visualizations are a very good tool for presenting complex systems to the general public. Further proof of the potential of VR for education.

The technical details surrounding the creation of this simulation are described in the journal at this address. The video is available for download at this address. It is possible to view it with any VR headset.

add a comment of Virtual reality: a supermassive black hole recreated by scientists