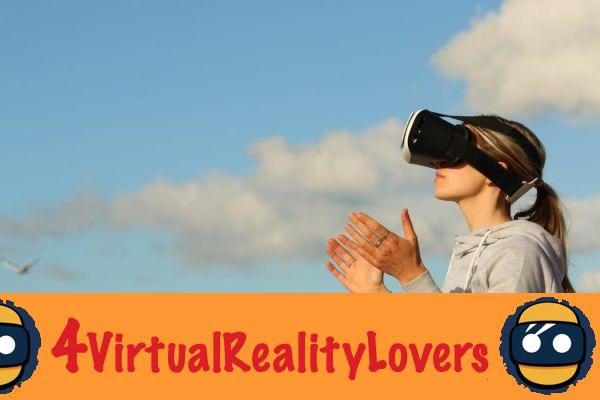 Falling into disuse at the end of the 90s, arcades are now regaining a new lease of life thanks to virtual reality. A success due, in large part, to the curiosity generated by this technology among a geek audience at the beginning and more general now but also by the high price of the equipment. Also, VR arcades now find their place and offer a unique distraction and very high quality content.. We provide you with the main information of this white paper. 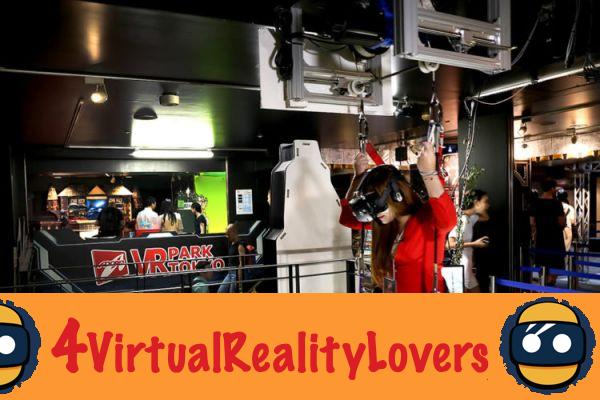 The white paper on how to open a VR arcade

As part of their extensive investigation of virtual reality arcades, SmartVR teams interviewed 200 virtual reality professionals including the main directors of major arcades around the world like, for example, the “MK2 VR” in Paris or even the “Futurist Games” in Brussels in Belgium.

The authors of this study have compiled the results of their survey in a 39-page white paper answering a large number of questions For example :

The book provides all the necessary keys to open such an arcade in virtual reality.

A little history of arcades to find your bearings

The white paper first gives an overview of the history of arcades. From the first arcade game released in 1972, through the arcade machines available in bars then the golden age of arcades in the 80s and their decline from the 90s and the arrival of living room consoles. 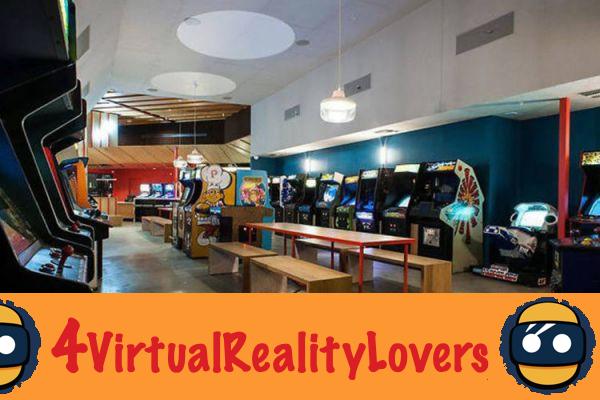 The book explains how some rooms have been converted thanks to simulators which allow a different experience and the arrival of the first arcades in virtual reality. The specialists explain in particular that the space requirement imposed by virtual reality (Room Scale) and the price of the equipment do not allow many individuals to be able to equip themselves and take advantage of the best available applications. This is where arcades find their full potential and this is why they have flourished all over the world in recent months.

According to the study conducted among owners of virtual reality arcades around the world, it takes at least 100 square meters on the ground for such a room and to accommodate the public while offering comfortable experiences. Very few rooms of less than 50 square meters exist while a quarter of these are more than 200 square meters. 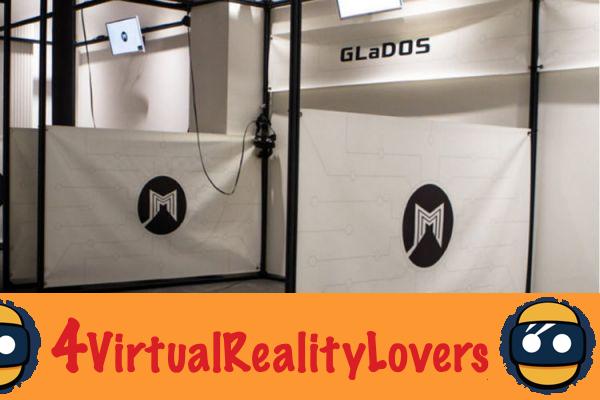 We find these rooms mainly in a city center (44%) while 30% of them are in the suburbs. The other rooms are located in shopping centers, sports complexes and tourist areas.

How many gaming stations and which headsets are used 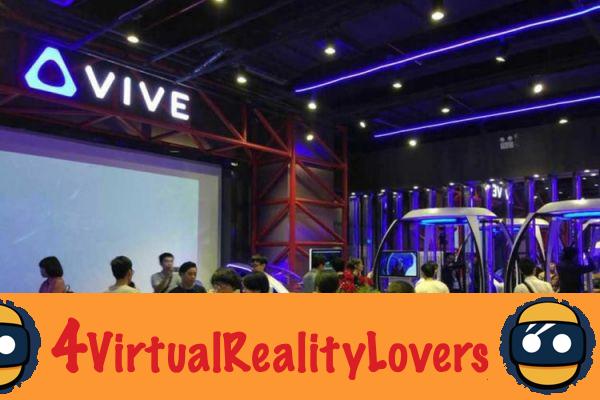 As for the helmets used, there are hardly any surprises. The HTC Vive headset, considered to be the best currently on the market, is a great success as 91,7% of arcades offer it on one or more gaming stations. It is followed by the Oculus Rift since nearly a third of arcades offer spaces using it, then by the PlayStation VR with 13,9%. The cheaper Samsung Gear VR is only used in 5,6% of workstations and finally 2,8% offer experiences with a Cardboard.

Accessories that make all the difference

Providing users with accessories that allow greater freedom of movement, suitable controllers and devices to use an additional sense in addition to hearing and sight makes a big difference, the report says. This allows customers to have stronger experiences and use materials they couldn't afford.. 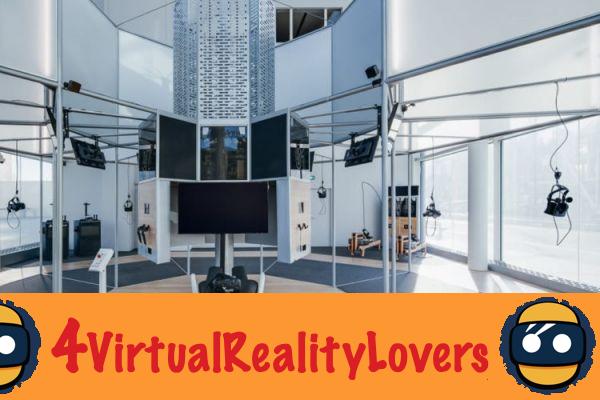 Some of the accessories recommended by the white paper include the use of VR mats for movement, the use of controllers adapted to the experience such as guns for shooting games, haptic clothing to add the sensation of touch and of course also advanced simulators such as, for example, the virtual reality flight simulator.


What business model to adopt for a VR arcade

In their white paper on virtual reality arcades, the authors show that hourly billing is the most widely used model. Over 80% of VR arcades actually use this model. A choice justified, according to specialists, by the fact that in virtual reality, users lose all notion of time during their immersion in the fictional world. Per-minute billing is typically less than $ 1 per minute while hourly billing is typically $ 30 or more. Prices that obviously change a lot depending on the country. 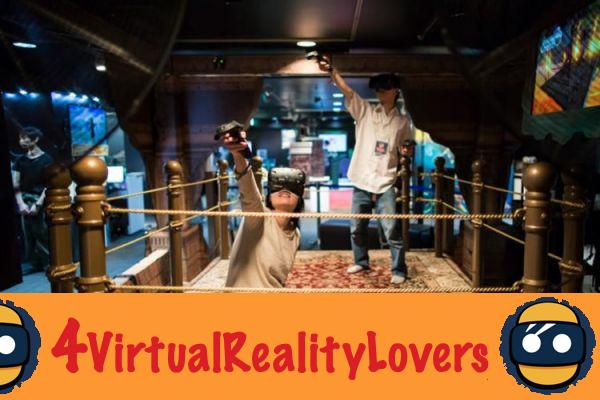 However, the authors have also identified other forms of billing such as per session billing or the customer pays a certain amount to live a virtual reality experience or even the rental of their room from companies.

The content to prefer in a virtual reality arcade

Experts recommend a variety of simple experiments so as not to confuse novices and do not require learning the application, short and intense, but also multi-player games to play with friends. Experts finally assure that a VR arcade should offer multi-sensory experiences that are more immersive. Simulators are also particularly suitable for such rooms. 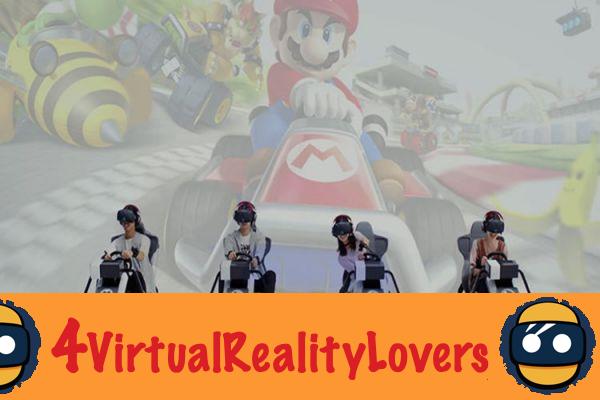 For legal reasons, VR games and applications purchased by a VR arcade must be in the form of a commercial license. The ideal is to get in direct contact with the publisher.

Obviously, the applications available in the stores can be used but, for more appropriate experiences, it is preferable either to develop your own content in-house or to go through a development studio for a totally adapted and professional result.

According to the study conducted through arcades around the world, the most popular content with users is primarily shooting games, acclaimed by 94,4% of players, followed by multiplayer games and horror games, both liked by 83% of users. 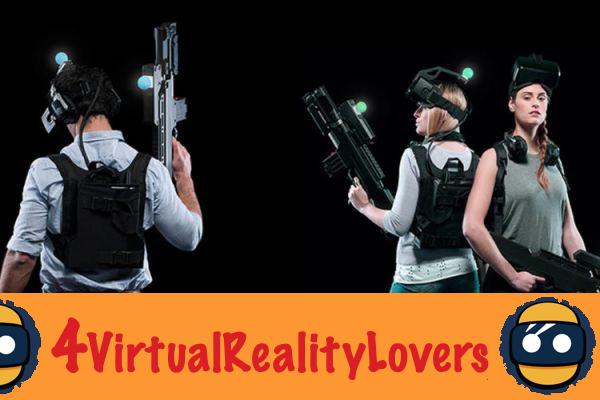 Then follow the games for children, sports games, simulators, Escape Game type games and sensational games. However, 360-degree videos only interest a third of visitors. of arcade in virtual reality.

The type of clientele of VR arcades

Obviously, the 12 to 25 and 25 to 35 year olds are the people who visit VR arcades the most.. Note, however, that the 35 to 45-year-old generation is also particularly fond of this kind of place. 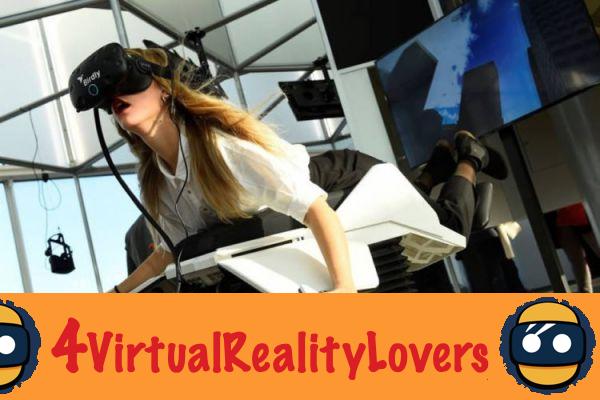 As curious as it sounds, the female population is not disinterested in this kind of leisure since they represent more than 40% of the public an arcade room. These are often women or girls who enjoy playing video games on console or PC.

How VR arcades are making themselves known

Regarding advertising, more than 72% of virtual reality arcades have gone through the purchase of advertising space in search engines, social networks or even from specialized websites. Two-thirds of arcades also used the press to publicize their activity, whether it is the local press or the press specializing in new technologies.

Mailing, invitations and promotions as well as canvassing in the street are also means used to make themselves known but used to a lesser extent by arcades. Finally, sites specializing in SEO, such as for example “VRNISH” or even “Google Maps”, are also widely used.

The white paper added a list of main arcades in the world by interviewing their owners who provide sound advice and experience. Finally, the result of the survey gives the main essential keys to properly open your own arcade in virtual reality.

The authors recommend in particular regularly monitor the latest advances in this technology in full effervescence, of pay particular attention to the quality of the premises and the teams who will be in contact with customers. 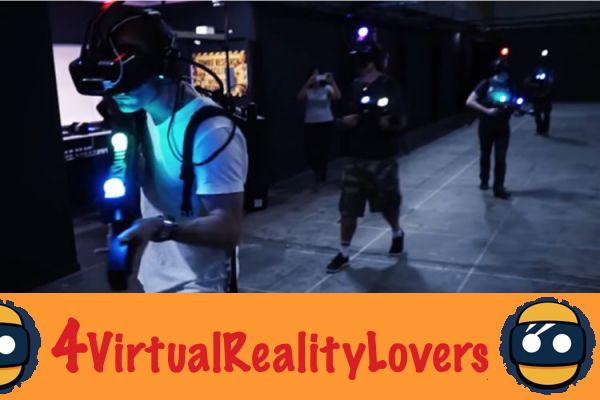 The authors also recommend to offer as many multi-player experiences as possible in order to attract groups of friends and not just single people and finally to offer content that is both simple and appropriate and a wide variety of experiences.

This white paper is a real mine for people thinking of opening their own arcade in virtual reality. Valuable advice to avoid mistakes and disappointments. All the main facets revolving around a virtual reality arcade are discussed and answers provided from the experience of 200 VR arcades around the world, from the most prestigious to the most modest.

How to tell if your PC is ready for Oculus Link ❯