Virtual reality can cure half of autistic children 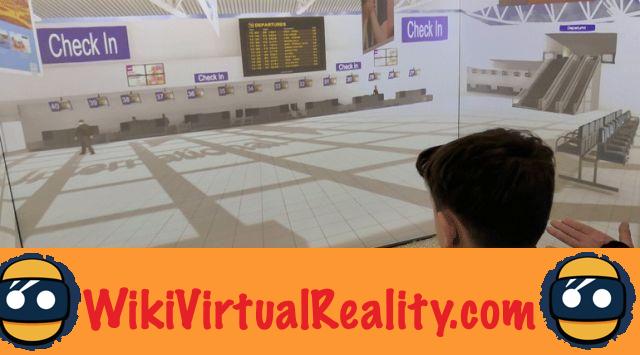 We already know that virtual reality can distract injured people from pain, or help trauma victims move on. Can this technology also cure autistic children of their most common phobias? To find out, researchers at Newcastle University in the UK have created a “Blue Room” with the partnership of Third Eye NeuroTech. In this blue room, located in County Durham, patients can experience the situations that distress them through a V simulationR.

Indeed, as Professor Jeremy Parr, who led the study, explains, “For many children and their families, anxiety can rule their lives because they try to avoid situations that trigger fear or fear. the phobia of the child “. About 25% of autistic children are said to have phobias, and that's why scientists are looking for a way to help them defeat them.

In the Blue Room, dDifferent scenarios are offered to cover a wide variety of phobias : wasps, elevators, twilight, void, balloons, dolls, public transport, school, entering a room ... guided by the therapist, the child can face his phobia at his own pace in order to overcome it. Equipped with an iPad as a controller, the child progresses within this virtual staging and remains in control of the situation.

To verify the effectiveness of this device, the researchers conducted an experiment with 32 autistic children aged 8 to 14. The results of their research were published in the Journal of Autism and Developmental Disorders. Half of the children received the treatment in the Blue Room, the second half received the treatment six months later so that the results could be compared.

Virtual reality can cure phobias ... or make them worse

After receiving the treatment, supported by their parents, the children were confronted with their anxieties in the real world. After two weeks, the researchers found that four of the first sixteen children (25%) had reacted positively and could now overcome a specific phobia.

Six months after this trial, the researchers were pleasantly surprised to find that six patients (38%) had received long-term treatment. On the other hand, for one of them, VR only made the situation worse ...

An 11-year-old child named Harry Mainwaring was able to adopting a dog and loving it. He used to run away screaming whenever he saw a dog. In a separate experiment with adults, a 26-year-old woman who received the same treatment was able to graduate from college after successfully overcoming her fear of going through doors or through long hallways. .

For researchers, this experience is very encouraging and offers hope to families who have few options available to help their children. This treatment is available now for UK families via le Complex Neurodevelopmental Disorders Service du Northumberland Tyne and Wear NHS Foundation Trust.