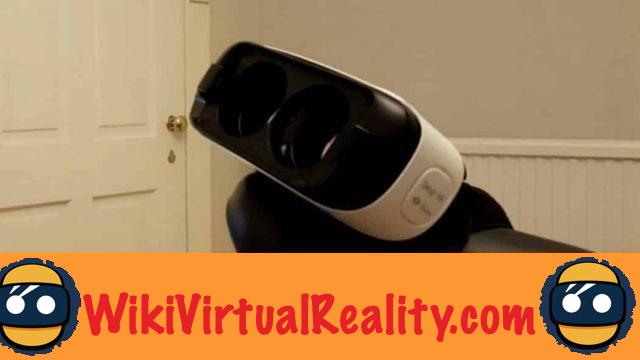 This is how Aaron Puzey decided to cleverly replace the exercise bike in front of television and its questionable programs. for the interactive exercise bike with a virtual reality headset, here the Samsung headset, with Gear VR. In this application, a Bluetooth sensor measures the speed at which it is pedaling, thanks to this system the application can display on the screen landscapes from Google Street View depending on the speed and head movements of the aspiring cyclist.

Aaron Puzey has chosen here to represent Great Britain and therefore by taking images from Google Street View that we can via the application browse the streets of Great Britain while pedaling in our apartment. We can cross the country of pudding from north to south over nearly 1 kilometers, the final rendering of the image, which is a collage of eight images, is of course not completely perfect, some elements are also a little distorted. But the rendering is still well made and the feeling of change of scenery is very present, one can even feel a certain nausea in a roundabout or in a tight bend. 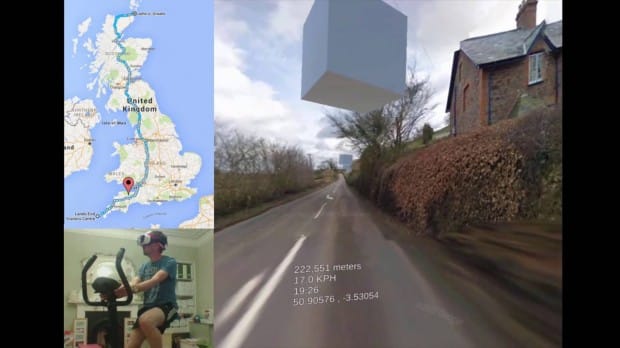 As of today, on August 9th exactly after 59 days on the stationary bike, Aaron Puzey had made his little trip to Manchester, half the entire route and he decided recently, since last May, to transcribe his journey on video by explaining on his YouTube channel his journey with a video every 100 kilometers, you can watch one of his videos below and thus see a little of the rendering of the application. Aaron Puzey also announced that he will not stop there and may create new courses in other countries like Japan for example.


We must admit that the rendering is not very qualitative and we are far from a service that can be truly marketed, but if the creator of the application thinks there is a vein to work on, he can surely turn to more professional companies or even crowdfunding on Kickstarter for example.


We let you see the rendering and the little adventure of Aaron Puzey in this video below, you can also follow him on his YouTube channel here, in any case virtual reality, like augmented reality, shows that it can also warm up the leg muscles a little.

Microsoft HoloLens - Everything We Already Know About The Mysterious AR Headset

Add a comment from Virtual reality exercise bike for traveling