VR Awards 2018: Here are the best VR games, movies and headsets of the year 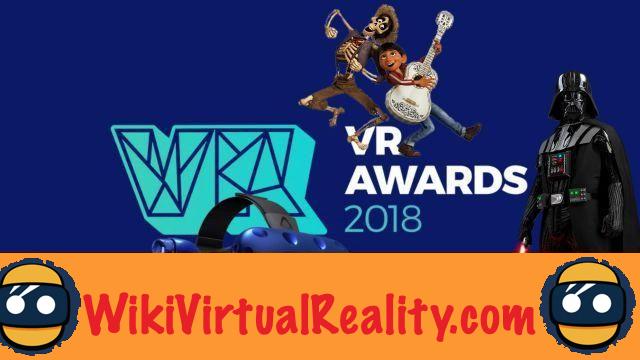 Since 2017, the VR Awards organized by the company VR Bound recognize the greatest successes in the virtual reality industry. During this ceremony, to which several hundred players in the sector are invited, a big winner is chosen from among the nominees of the different categories.

For this 2018 edition, the nominated for the best VR headset category were the HTC Vive Pro, the Oculus Go, the VRHero 5K Plus from VRgineers Inc, and the HTC Vive Focus.

Unsurprisingly, the HTC Vive Pro won the award. Remember that this is the best performing VR headset currently available to the general public.

In the category of best game of 2018, the nominees were numerous:

Cloudhead Games Ltd. – The Gallery – Episode 2: Heart of the Emberstone

Electric Hat Games – TO THE TOP

It is finally the game from Cloudhead Games who was voted the winner. This adventure game, which follows a first episode released in 2016, is distinguished by a fascinating storyline, dazzlingly beautiful graphics and interesting and ingenious puzzles to solve.

Another category of the VR Awards 2018 was that of “VR experiences”. While some of these experiences may have video game elements, they are too brief to be categorized as games. The nominees were:

Framestore – A Moon For All Mankind

With the – Coco VR

This is the experience Manifest 99 de Flight School who won the prize. A visually sumptuous experience, which offers the user to embark on a journey into the afterlife aboard a mysterious train occupied by crows.

In the virtual reality movies category, more and more in vogue, the competition was again fierce with many films already acclaimed in various film festivals. The nominees were:

Room One Films – The Committee

FoxNext VR Studio – Isle of Dogs Behind the Scenes

The big winner is ILMxLAB's film CARNE y ARENA, already awarded an Oscar in 2017. A poignant virtual reality film, directed by Alejandro González Iñárritu, which offers viewers put yourself in the shoes of a migrant the time of a short film ...

Virtual reality is a powerful tool for marketing, and many companies have figured it out. In this category, there were both promotional experiences based on films and applications developed by brands like the IKEA VR store. The nominees were:

With the – Coco VR

BackLight – L’Oreal / Diesel Only the Brave

The award was given to Coco VR, the experience that offers to immerse yourself in the universe of Pixar's latest animated film. An experience acclaimed by critics for its many good ideas.

One of the categories of VR Awards rewards “out-of-home” virtual reality experiences, namely the attractions taking place in an equipped and dedicated center. The nominees were:

ILMxLAB and The VOID  – Star Wars™: Secrets of the Empire

Framestore – A Moon For All Mankind

Unsurprisingly, ILMxLAB and The Void and their official Star Wars ™: Secrets of the Empire experience was voted the winner. Deployed in American Disney parks and in dedicated centers (notably in London for Europe), this formidable VR attraction offers a group of users immerse yourself in the world of Star Wars. Equipped with VR headsets and a backpack PC, players move simultaneously in the virtual world and in a real world space designed to stimulate all the senses. All virtual elements are tangible in the real world.

In addition to devices and software, the VR Awards also recognize companies in the industry. In the category of booming businesses, the nominees were:

The award was won by Neurogaming Limited. Born from a partnership between VRTech and Wargaming, the developer of the World of Tanks game, this firm specializes in “out-of-home” VR experiences. These are multiplayer VR experiences taking place in a large dedicated space, in which players move simultaneously in the real world and the virtual world.

In the nascent virtual reality industry, innovation is the key word. This is the reason why the VR Awards recognize the most innovative companies. In this category, the nominees were:

L’award was awarded to Ultrahaptics. This company is developing ultrasound-based haptic feedback technology to allow VR headset users to touch objects in the virtual world. Its mid-air haptics solution is considered by The Verge as the human-machine interface of the future.

Education is one of the main areas of application of virtual reality. In this context, the ceremony rewards the best platforms and software dedicated to this use case. The nominees were:

The big winner is Schell Games et son application HoloLAB Champions. It is a virtual reality laboratory, allowing students to perform chemical experiments safely and without having to invest in real equipment. Development was notably funded by the Institute of Education Sciences and the Small Business Innovation Research program. 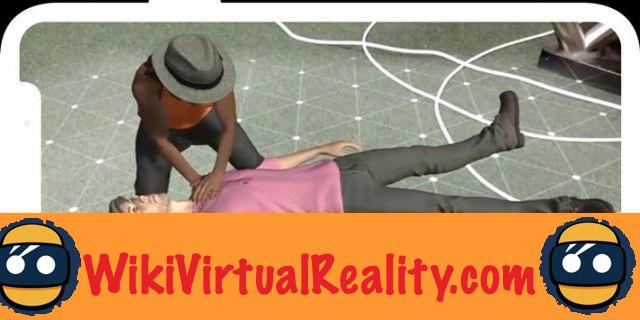 Virtual reality is on the way to transforming the healthcare industry. In this category, the nominees for the VR Awards 2018 were:

The award was given to Virti and its educational mobile application in virtual and augmented reality. This smartphone application makes it possible to train doctors and other actors in the world of health, saving time and money.

Several studies tend to demonstrate this: virtual reality creates empathy and sensitivity. This is the reason why VR experiences can impact society and help change the world. In this category, the nominees were:

VISION – Window to our World

The Distillery – What Will Your Day Bring?

The Guardian Media Group – The Party – A virtual experience of autism

The winner is VISYON with its Window to our World experience. It is a 5-minute short film in which we discover the daily life of abandoned or abused children, and how adoption into foster families changes their lives for the better.

Architecture and real estate are two sectors where virtual reality is experiencing a very high adoption rate. Indeed, VR allows both to design buildings and to show properties. In this category, the nominees were:

GrandPano – ALL in ONE VR for architecture

The big winner is Nanopixel and its “housing configuration” application created for the real estate developer Bostoen. Thanks to this impressive platform, future home or apartment buyers can fully customize a home without even having to wait for it to be built. A nice glimpse into the future of real estate.

add a comment of VR Awards 2018: Here are the best VR games, movies and headsets of the year