Presented last November as part of Unite 2016, Editor VR is a set of tools for creating games on Unity directly from an HTC Vive or Oculus Rift virtual reality headset. Thanks to this tool kit, creators of VR and non-VR content on Unity can develop their games without having to remove their VR headset.

Tools, a tool for importing content from VR applications to Unity

Otherwise, a feature called Tools allows you to import creative content from other VR applications to implement them in the game. This tool is already compatible with several applications, including the brilliant Tvori. In the coming weeks, more software will be supported. Thus, it will soon be possible to make sculptures in the Google Tilt Brush application and add them directly to a game developed under Unity as an interactive object.

Tools is part of Unity's vision of developing virtual reality applications. Rather than imposing a virtual reality creation tool, the firm lets everyone contribute to the creation of the perfect tool by contributing their own ideas. The result could be a Unity engine that allows anyone to create content using VR. 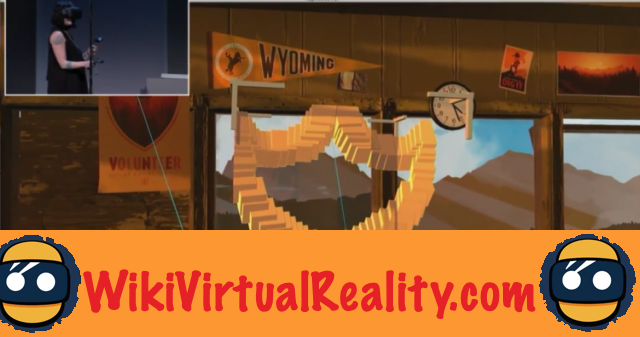 As part of the Vision Summit 2016 in Beijing, China, Timoni West, Principal Designer at Unity, has just confirmed that a first experimental version of Editor VR will be available from December 15th.. This version will be released in the form of a Unity 5.4 custom build, available for free on GitHub. All the features presented above will be included in this release.