VR Gaming 2018: top of the most anticipated VR games 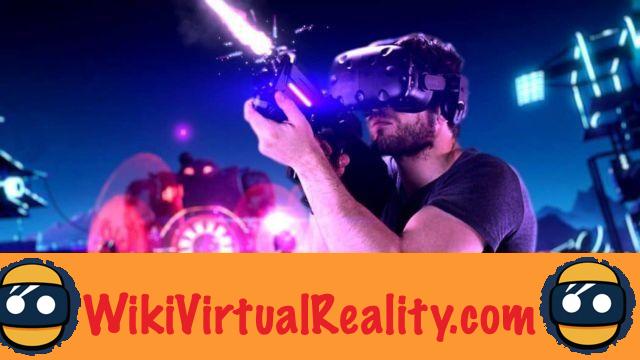 In 2017, many VR games launched on Oculus Rift, Steam VR, PSVR, and Gear VR. Some of these games have given new scope to the VR gaming market, such as the excellent Lone Echo which proved that a virtual reality game could offer a depth worthy of an AAA game.

At the end of the year, the famous Bethesda studio brought the industry into a new era with three exceptional games: Doom VFR, Skyrim VR and Fallout 4 VR. Directly adapted from cult games available on PC and console, these last two titles are very promising for the rest of the adventure. Of course, The best VR games of 2018 will undoubtedly be surprises that we do not yet know exist, but some titles already announced are very promising. Check out the top most anticipated VR games of 2018.

Unveiled at the Disney D23 Expo 2017, Marvel Powers United VR is the result of the partnership between Oculus, Disney and Marvel. Developed by Sanzaru Games, already at the origin of the excellent Ripcoil and VR Sports Challenge, the title is based on the code of Robo Recall, the VR FPS created by Epic Games. You will understand, all the stars are aligned for this game to establish itself as a new benchmark in VR gaming.

The title simply offers players play as their favorite Marvel superhero from a wide selection of characters, and team up with two other players to defeat hordes of enemies. Each character has their own unique skills, and players must complement each other to be successful.

Among the studios most involved in the VR Gaming industry, Survios ranks high. It's about developer of excellent Raw Data, one of the best virtual reality FPS available today. In fact, his next game, Sprint Vector, is highly anticipated.

This title will offer the player run, jump, climb, and fly throughout frantic races against eight other players. This mix between 3D platform game and competitive racing game looks particularly promising.

Brass Tactics is a RTS type game in virtual reality for Oculus Rift. Developed by Hidden Path Entertainment, the game offers a single player campaign consisting of five missions, a cooperative multiplayer campaign, and of course a competitive multiplayer mode allowing you to compete against other players in real time.

The player embodies a commander, and must manipulate his units around his base. The enemy castle is located at the other end of the virtual table. Thanks to Oculus Touch controllers, the player can use their hands in the virtual world to move their units strategically. Originally scheduled for October 2017, game will finally be released on February 22, 2018. New units and tech trees will be added over time to improve the game.

After Eagle Flight, Werewolwes Within and Star Trek Bridge Crew, Space Junkies is Ubisoft's new VR game. It is a sarena hooter, offering players to compete in 1v1 or 2v2 combat. With this title, Ubisoft is attacking the nascent eSport VR sector.


The game will offer a lot of action, a competitive atmosphere and allow players to freely customize the evolution of their character. The title will be available on HTC Vive and Oculus Rift in the spring 2018.

Bravo Team is a FPS developed by Supermassive Games exclusively for PlayStation VR. The action takes place in a fictional European city, and players must cooperate in pairs to fight off waves of mercenaries using guns. The two players must communicate to approach the enemy strategically.

It is also possible to play alone, but the interest of the game is largely cooperative. Note that the title is compatible with PlayStation VR Aim controller for even more realism.

Resident Evil 7 was released on PlayStation 4 and PlayStation VR in October 2016. Even today, this title remains one of the best virtual reality games. Unfortunately, exclusivity requires, it is still not available on Oculus Rift, HTC Vive and Windows Mixed Reality.

The problem will finally be solved with the launch of the game on PC in February 2018. The graphics quality will be significantly improved. In addition, the tracking system and controllers of Rift and Vive being much more successful, the experience will be even more immersive.

Available since November 2017 on PSVR, Skryim VR is a complete adaptation of the Skyrim game in virtual reality. Unfortunately, to finally have the opportunity to play it on Oculus Rift and HTC Vive, it will take patience until November 2018, one year after its initial release ...

These are the harsh laws of the market and exclusive contracts obtained by Sony with big greenbacks. Either way, this long delay leaves Bethesda plenty of time to refine the PC version of the port and offer an even more exhilarating experience.

Narcosis: an unbreathable survival horror in virtual reality in the sea abyss ❯

add a comment of VR Gaming 2018: top of the most anticipated VR games