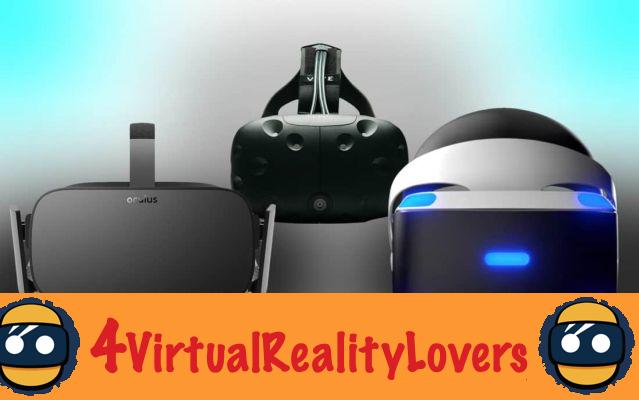 According to IDC's Worldwide Quarterly Augmented and Virtual Reality Headset Tracker, in the first quarter of 2018, sales of VR / AR headsets increased. down 30,5% compared to Q1 2017. A total of 1,2 million units were sold over the period.

However, IDC predicts renewed growth linked to several factors. First of all, the market is maturing, and virtual reality headsets are improving as prices come down. A good example is that of the Oculus Go, which could be very successful thanks to its affordable price.

Sales of VR headsets should pick up quickly

Otherwise, the use of virtual reality in business is expected to increase sharply in the coming months. According to IDC, this commercial market represents 24% of sales of VR headsets in 2018. By 2022, it could reach 44,6% of sales, or almost half. Windows Mixed Reality headsets from well-known brands like HP, Dell or Lenovo are particularly likely to find a place in business.

In addition, IDC specifies that the decline in sales of headphones is largely linked to the end of “giveaways”. Indeed, in 2017, manufacturers like Samsung and HTC offered their VR headsets with smartphones, which made it possible to inflate sales in an illusory way.

Overall, therefore, IDC believes that the VR market is doing well. From 8,1 million sales in 2018, IDC predicts growth at 39,2 million by the end of 2022. This would represent an annual growth rate of 48,1%. On the other hand, mobile VR headsets for smartphones are on the way to disappear to make way for stand-alone headsets.

add a comment of VR headset sales collapse, but not for long