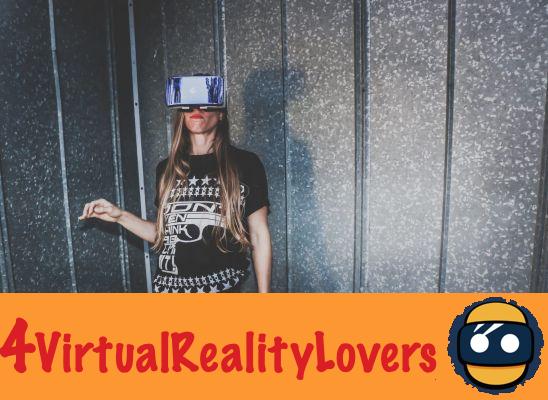 Motion Sickness is one of the biggest weaknesses in virtual reality today. This unpleasant feeling, comparable to seasickness, occurs in some users when they immerse themselves in the virtual.

Between 40 and 70% of individuals are affected by this phenomenon and seized a feeling of nausea as soon as they put on a VR headset. It is therefore a major problem, which obviously slows down the democratization of virtual reality.

However, according to an article published by, women are significantly more sensitive than men to Motion Sickness in VR. This difference between the sexes would be directly related to the material design of the helmets.

Indeed, VR headsets are designed based on the dimensions of male faces. You should know that the distance between the pupils is on average higher in men than in women.

However, the various VR headsets do not always allow the adjustment of the interpuillary distance. This is the case, for example, with the Oculus Rift S and the Oculus Go. Even devices that allow this gap to be adjusted only allow it to a certain extent. For example, Oculus Rift and Oculus Quest allow to adjust the gap between 58 and 72 mm.

VR headsets cause nausea in more women than men

What is the connection with Motion Sickness? Well, several studies tend to establish a link between interpupillary distance and depth perception in human beings. Oculus itself has recognized that comfort and perception can vary from person to person. depending on their anatomy, and that some will have a higher tolerance than others.

So, according to Bas Rocker, a psychologist at the University of Wisconsin-Madinson, women would be more sensitive to Motion Sickness than men mainly because of this difference in interpupillary distance and the design of the helmets.

While carrying out a study, this specialist discovered that it is possible to reduce the risk of Motion Sickness by adapting the interpupillary distance from the screen to individuals. In order to stimulate the adoption of virtual reality, it is therefore essential that manufacturers conceive the design of helmets taking into account differences between the sexes, but also between ages and other criteria.

Facebook: augmented reality glasses will not be ready until 2030 ❯