VR headsets: users only use them 6 hours per month 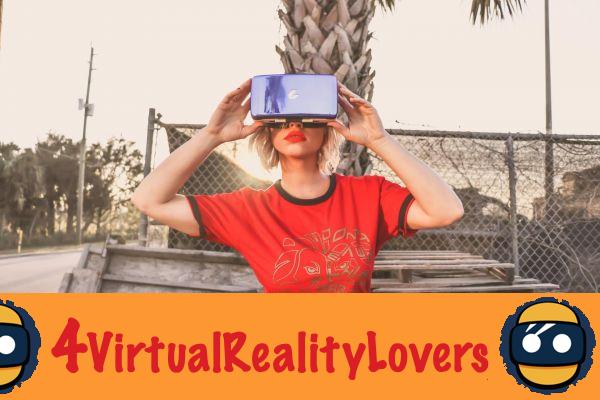 First of all, we learn that the number of VR headset users increased by 60% between 2017 and 2018 to reach 3,9 million. Note that VR headsets for smartphones (Google Cardboard type) have not been taken into account. The statistics therefore relate only to wired or autonomous VR headsets.

VR headsets: the French are the biggest fans of multiplayer games and non-gaming experiences

According to analysts, the number of hours devoted to VR is closely related to the satisfaction rate users. The less satisfied also state that they have completely stopped using their headsets, in particular because of a lack of interesting and affordable content.

The PSVR that is the best-selling VR headset today is the one that users are most satisfied with, and with which users spend the most time. While the average satisfaction rate reached 7,3 out of 10, that of the PSVR is 7,6. Sony headphones are used an average of 6,8 hours per month, compared to 5,4 hours for other headsets.


It is interesting to note that this satisfaction rate is comparable to that of smartwatches. According to a previous study conducted by IDC, the satisfaction rate of connected watch users reached 7,5 out of 10 ...

Regarding use cases, gaming continues to dominate. For example, 72% of respondents say they have played at least one game during the last quarter of 2018. By comparison, 55% have watched at least one video in VR. According to IDC, no other use case exceeds 30% across the five countries reviewed.

The study also sheds light on the differences in preferences between regions. So, French players are the most fond of multiplayer games : 62% of them say they prefer VR experiences with others, against 58% in the USA, 55% in Germany, 50% in Japan, and 46% in the United Kingdom.

note that France also dominates in terms of “non-gaming” use of VR. Almost a third of French people surveyed have also tried creative, social, shopping or web browsing applications. In the four other countries analyzed by IDC, these applications meet with much less success.

Still according to IDC, the future growth of the VR market will be largely based on lower hardware prices, improved headset design, and simpler use. These are the main factors that will attract more consumers to VR headsets, even if the multiplication of interesting experiences will also come into play ...

add a comment of VR headsets: users only use them 6 hours per month