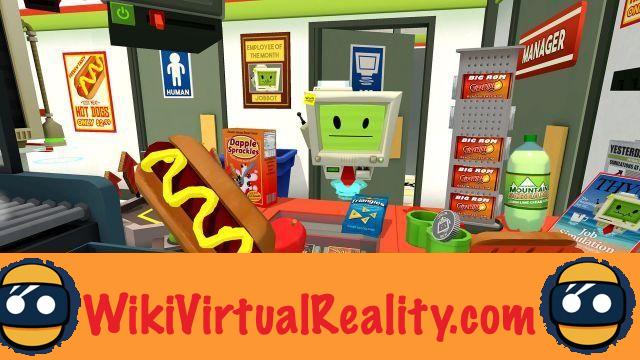 With its accessible gameplay, solid replayability, enchanting graphics and sense of humor, the game has won over audiences of all ages. Since then, the title was also launched on Oculus Rift, PSVR, and Oculus Quest.

Owlchemy Labs studio was acquired by Google in May 2017, and released two new VR games with the same gameplay : (taking place in the world of the famous cartoon) and more recently (which offers a vacation simulator rather than a work simulator).

On January 10, 2020, just under four years after the launch of, Owlchemy Labs announces that the game just passed the milestone of one million sales. Thus, the title joins the pantheon of the greatest successes of VR gaming.

Few VR games can boast of having received such a reception. The famous crossed this threshold in March 2019. The games and on PS4, playable on PSVR, have also reached this milestone more easily since they are also playable without a VR headset.

In a post on the studio's blog, Owlchemy Labs CEO Devin Reimer says he's very proud. He recalls having developed like a game "which could only exist in VR, for hardware which was not yet available to the general public". It was therefore a “very risky product”, and this success proves that the VR gaming market can be very successful...