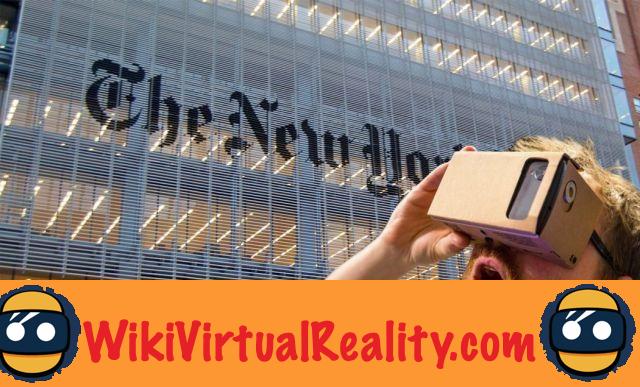 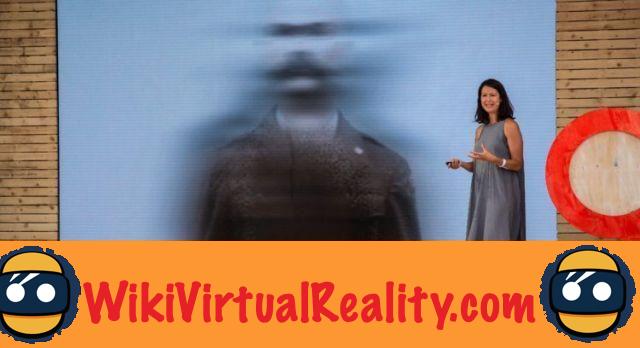 In 2015, journalist and documentary filmmaker Nonny de la Pena was already predicting the potential of virtual reality for journalism. She said this technology had the potential to get people to actually take an interest in stories. His first VR documentary, titled, premiered in 2012 at the Sundance Film Festival. This film shows a man in agony, in a diabetic coma, queuing to access a food bank. The sound has been captured in the real world, and the images are recomposed using computer graphics, a 360-degree camera and motion sensors.

Through this documentary, viewers were not only watching the scene, but were well and truly immersed in the action, as if they were actually queuing for this food bank. Many spectators burst into tears in the audience. Thanks to this film, Nonny de la Pena was crowned "Godmother" of immersive journalism by the American site Engadget. The American is also behind the documentary, aimed at creating empathy among viewers for Syrian refugees.

VR journalism: 360-degree cameras make it possible for anyone to become a reporter 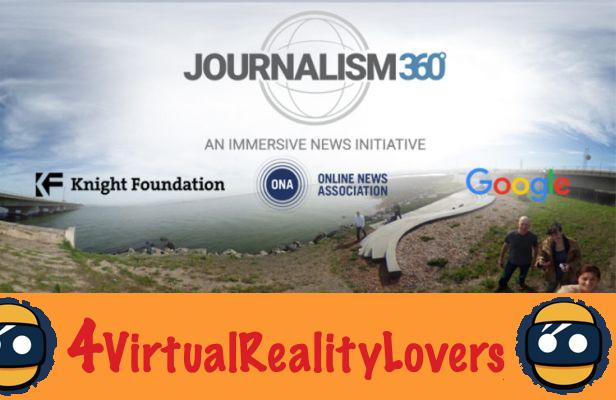 Using a 360 degree camera, image reporters can now shoot 360-degree reports and documentaries. According to Geri Migielicz and Jane Zacharia of the Stanford School of Journalism, this technology allows for more comprehensive reporting, giving the viewer the opportunity to see everything that is happening around the reporter, not just what is in front of them. eyes.

360-degree cameras are more and more numerous and affordable, and 360 degree videos can be uploaded to platforms like YouTube and Facebook. In fact, anyone can become a VR journalist and offer the whole world to put themselves in their shoes for the time of a report.

Founded in 2016, the Journalism 360 association, inspired by the work of Nonny de la Pena, aims to promote the use of 360 videos in the field of journalism. Supported by Google News Lab and the Knight Foundation, Journalism 360 is considered a resource for journalists and consumers who want to learn more about immersive journalism. 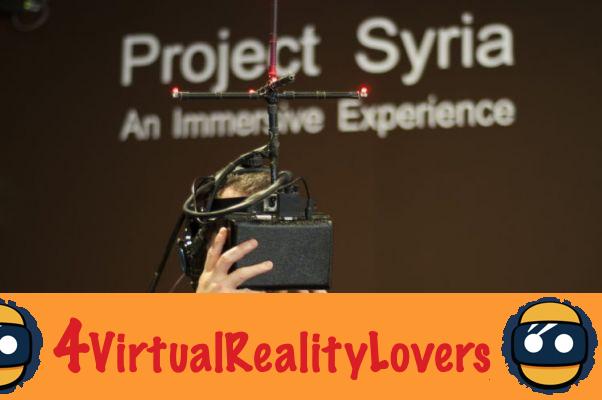 According to Janet Blank-Libra of the Poynter Institute of Journalism, empathy is an essential component of journalism. It for example allows the viewer to feel compassion towards a stigmatized group. So, with, Nonny de la Pena wanted to point the finger at the hunger crisis that thousands of people are experiencing in LA and elsewhere. This phenomenon is often overlooked by most people and media, and immersive journalism helps build empathy through first-person view. 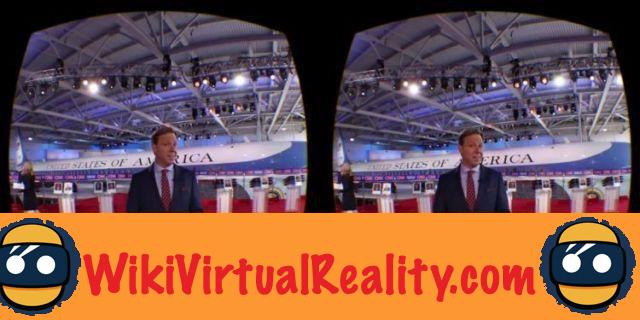 Following the success of Nonny de la Pena's film, several major media representatives began to take an interest in virtual reality. From 2015, the New York Times launched its NYT VR app, and offered its subscribers Google Cardboard virtual reality headsets. The app bundles 360-degree stories and has been downloaded over 600 times in total. Likewise, CNN launched its CNN VR platform, aiming to cover major news events in the form of 000-degree videos. Other major media like The Guardian and The Financial Times have also created immersive content. The Associated Press has partnered with AMD to produce immersive content using its graphics technologies and hardware platforms.

Besides traditional media, more modern media are also interested in virtual reality. Facebook for example created a course called Facebook for Journalists, in partnership with the Povnter Institute. This course aims to teach journalists to make the best use of Facebook and Instagram, including creating 360-degree videos. Viceland and Samsung also did a VR report on the war in Syria.

For now, high price of virtual reality headsets slows access to VR journalism. However, as this cost decreases, immersive journalism could become more and more prevalent. One day soon, maybe all the reports will be filmed in 360 degrees. However, in the eyes of Raney Aronson Rath of documentary production company Frontline, virtual reality is not meant to replace traditional journalism, but to complement it.

Published by the New York Times, Ivory Burn report features President of Kenya Uhury Kenyatta burning massive pile of elephant tusks in an effort to show the world how Kenya is working hard to end the illegal ivory trade that threatens elephants.

Each year, million Muslims travel to Mecca for their pilgrimage. They visit in particular the Kaaba Muazzama, built by Ibrahim and Ishmael according to the instructions of God. Al Jazeera offers to visit the places through a 360-degree report.

Produced in 2016 by the New York Times, The VR Donald Trump Rally report offers viewers a chance to relive Donald Trump's presidential election. The journalists bought their ticket for the election and went there with a 360-degree camera.

Pencils of Promise est a global community whose goal is to provide all humans with access to quality education. Through a 360-degree report, the Huffington Post invites viewers to attend a course given by volunteers, and to live the experience by putting themselves in their shoes.

Ce 360-degree report produced by the Wall Street Journal aims to explain virtual reality to viewers new to the subject. The video shows that VR is far from intended only for video game enthusiasts.

Published in 2016 by The Guardian, this report offers the viewer to discover what life looks like in a 6 x 9 meter cell. Enough to make people realize how precious our freedom is.

Published by the New York Times, this virtual reality report offers western viewers the chance to discover the reality of the war through the eyes of the inhabitants of Falluja in Iraq. For three years now, this city has been under siege by the Islamic State, and this 11-minute video allows you to immerse yourself in the heat of the action, in the heart of the dusty ruins of this iconic city in the Middle East.

Produced by The Huffington Post and Associated Press, the report in virtual reality offers viewers to see the world through the eyes of a refugee fleeing the war in his country natal. The video was shot in France, in the Calais Jungle, where refugees are trying to reach England.

Le report, produced in 2015 by The New York Times, tells the story of three refugee children fleeing the war. These three children are among some 30 million children expelled from their country because of the war.

Produced in 2016 by NBC News, this report was filmed at the Democratic National Convention, an event that brought together more than 35 people. In order to allow outside spectators to experience the event, NBC went there with a 360-degree camera.

How to watch The Voice in VR? ❯

How to display the Oculus Quest view on a TV

REXR wants to turn all your games into virtual reality