VR Politics: How Do Politicians Use Virtual Reality?

In order to better connect with their potential voters, politicians are constantly trying to adapt to new media. Already in the 60s, John F. Kennedy mastered television at an early age, while Donald Trump today brilliantly uses Twitter. In France, Jean-Luc Mélenchon recently distinguished himself by using a hologram to communicate with his audience. The adoption of new forms of communication has never been more important than today for politicians.

In fact, it's no surprise that some politicians are relying on virtual reality. Recently, Barack and Michelle Obama collaborated with former members of special effects designer Weta to create a 360-degree tour of the White House. This experience allows users to take a behind-the-scenes look at the Presidential Property. In a way, it brings citizens closer to the political system.

Of course, the VR policy is not just about virtual tours. For his part, the Secretary General of the United Nations, Ban Ki-moon, traveled with a team of virtual reality specialists to a dozen countries at war or victims of natural disasters to give viewers a glimpse of the most difficult living conditions in the world. The video covers both Syrian refugees and Congolese displaced by the war.

According to Ban Ki-moon, virtual reality has the tremendous power to arouse empathy through the immersion offered. Thus used, VR is indeed a very positive tool. However, the VR policy is not always so successful ...


The dark side of VR politics 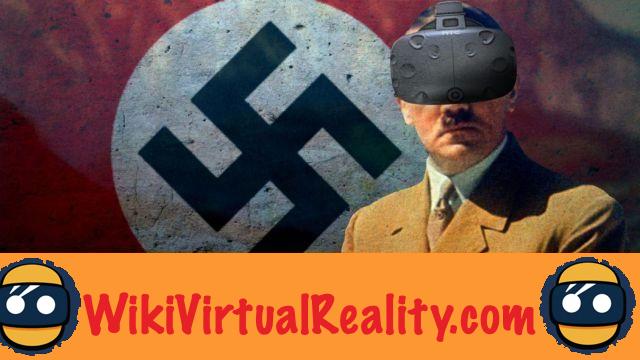 Some political organizations might decide to use virtual reality to monitor crowds. Indeed, Remember that the conditions of use of the Oculus Rift allow the firm to collect information on the physical movements of users. Officially, this data can allow companies to personalize the user experience or deliver targeted advertising, but this type of data is often requisitioned by governments.

So, VR could be used to conduct a form of intimate digital surveillance beyond all limits of understanding. For now, however, given the lack of evidence that government agencies receive data from VR users, it can be said that VR policy remains mostly positive.

Can virtual reality raise the level of political debates on the internet? 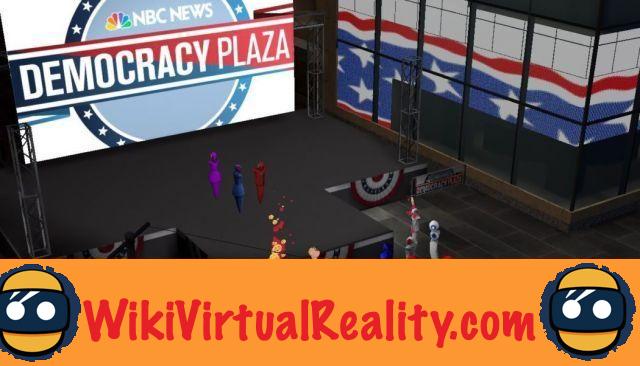 The more distant a person appears, the less human they appear. This is the reason why political debates on the internet often degenerate into immoderate violent exchanges. However, virtual reality can theoretically make two people on the other side of the world feel like they are close to each other, and could therefore raise the bar.

This is the reason why, during the last American presidential elections, the social network AltspaceVR wanted to test the potential of VR policy by creating forums for exchange in virtual reality. On Democracy Plaza, reconstructed in VR, users could watch debates live on a giant screen, and chat with each other simultaneously. On election night, the tally of the results was displayed on a giant map.

Of course, virtual proximity is not enough to ease tensions during political discussions. Of moderators are responsible for expelling users who behave badly, and participants can use a feature to stop hearing those who are bothering them. The main difference with text-based discussion forums is that users communicate with their voice. This creates an impression of realism which prevents most people from behaving inappropriately.

How is VR politics transforming activism? 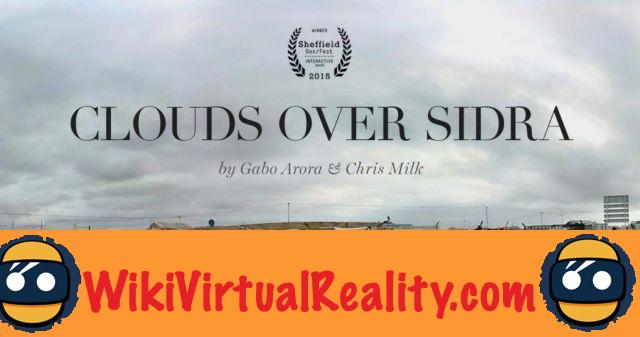 More and more activists are using virtual reality as a tool. Thus, the documentary Clouds over Sidra aims to generate empathy for Syrian refugees by placing viewers in their skin. This documentary raised $ 3,2 billion to help put an end to this geopolitical crisis. It is moreover this project which pushed the United Nations to invest in VR projects of the same kind.

- BBC journalists also worked on a project allowing viewers to get a realistic view of the living conditions of refugees through a cartoon based on real events. Guardian journalists, ex-prisoners and developers have collaborated to create a VR depiction of the effects of solitary confinement of the human spirit to instill empathy for those in prison and create a movement against the practice. Sharing perspective helps generate understanding, and therefore compassion.

In France, virtual reality is mainly used by presidential candidates to try to seduce a young electorate. Thus, Jean-Luc Mélenchon or François Fillon were photographed proudly wearing VR headsets. It is difficult to predict whether this initiative will be enough to increase the number of voting intentions.

For its part, France Télévisions offers a Presidential VR application, allowing to virtually meet the 11 candidates for the 2017 presidential election. Each candidate is reconstructed in synthetic images in the Elysée courtyard, and the user can access a short presentation of his program and historical information. Here again, the objective is to get the youngest to take an interest in politics by addressing them on the media they use.