VR side effects: risks and dangers of virtual reality abuse 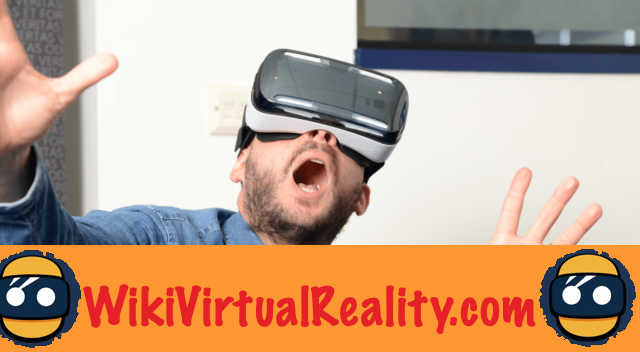 Virtual reality is a formidable technology, allowing to escape from the real world and its quirks to explore the infinite possibilities of the imagination. It can be tempting to prolong the fun by staying immersed in VR, and sometimes more than reason. As a reminder, manufacturers like Oculus and HTC recommend taking at least one 10 to 15 minute break every 30 minutes. However, misuse of virtual reality headsets can cause side effects on your body. Here are which ones. 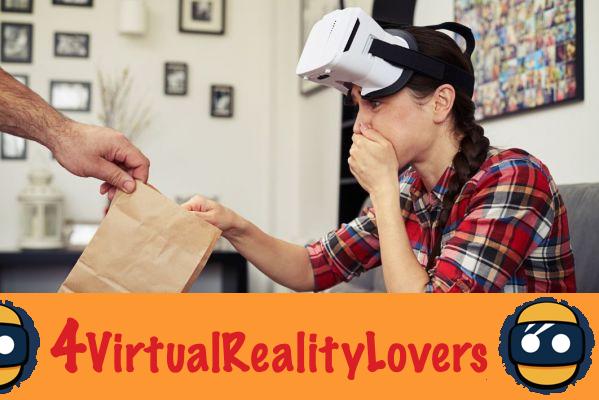 Many people are unable to try a virtual reality headset without being quickly seized with a feeling of nausea. Technological advances in recent years have helped to mitigate this phenomenon, but many sensitive people still suffer the consequences.

Nausea is mainly caused by (motion sickness) in the most turbulent experiences. It can also be caused by (simulator sickness) which occurs when vision and hearing perceive things that the other senses cannot detect. After some time, this sensory desynchronization can cause nausea.

The risk increases with the time spent in the RV. In fact, if you start to feel nauseous, the best solution is to take a good break.

About 1 in 4000 people may have an epileptic seizure when faced with flashes of light. These seizures can in particular be caused by television or video games. Of course, virtual reality can also be a trigger.


VR headset manufacturers therefore recommend that people prone to epilepsy avoid using their equipment. However, it is impossible to know if you have epilepsy before having a first seizure.

The likelihood of having an epileptic seizure however increases with the time spent in the VR without taking a break. It is therefore once again recommended to take regular breaks. Otherwise, you may suffer the same fate as this VRChat user having a seizure while wearing a motion tracking suit.

VR side effects: loss of orientation in space

When installing the various VR headsets, users are systematically invited to define a completely clear play area. For good reason, once in virtual reality, you risk tripping or bumping into yourself and the consequences can be serious, even tragic.

The more impetuous among you will tend to ignore these recommendations, believing that you can memorize the location of potential obstacles scattered around the room. In fact, after thirty minutes, a VR headset user loses sense of direction in physical space which surrounds it. You will no longer know where in your room you are, and you may injure yourself.

If you feel dizzy in the real world, you are likely to experience the same inconvenience in virtual reality. Experiences of flying, climbing peaks or falling at high speed will be a real nightmare for people prone to vertigo.

Even if you are not usually affected by this disorder, a too much virtual reality can cause dizziness. Different VR headset manufacturers recommend removing your headset immediately and taking a break if you experience this sensation.

Prolonged use of virtual reality can cause dry eyes, and other visual disturbances. For example, removing a VR headset after a long time in virtual reality, it is possible to see blurry for a few moments. This sensation is similar to the effect of trying on the glasses of a nearsighted person, for example. It can go so far as to cause a migraine.

The solution to avoiding this inconvenience is to take regular breaks. It is also important to properly adjust the focus of the virtual reality headset, when possible. To avoid the problem of dry eye, also remember to hydrate yourself well.

Of course, these side effects depend on the helmet model used. A VR headset with a poor screen quality, with low definition, is more likely to cause eye fatigue or even a migraine.

Some experts believe that virtual reality could have long-term effects and impact the ability of the eyes to change their focus between near or far objects. However, VR is too new a technology to be able to draw such conclusions.

VR side effects: how long can you spend in virtual reality?

After reading this list of side effects and harmful consequences of VR, you are probably wondering how much time we can spend at most in virtual reality. This is a question that is very difficult to answer objectively.

The maximum time that can be spent in VR depends among other things on each individual, the headset used, the computer that runs it, and the application launched. There are therefore too many factors to be able to define a precise maximum duration and universal.

For information, the record of time spent in virtual reality is owned by Jack McNee who spent 36 hours in a VR drawing app. Unexpectedly, the person did not experience any of the usual side effects. However, at the end of his experience, he said he no longer felt his body.

Regardless, we strongly advise against spending so much time in VR without taking a break. Even if you don't feel like you are suffering the negative consequences right now, much more serious side effects may occur over the long term.

Oculus could unveil a standalone headset during its F8 conference ❯

add a comment of VR side effects: risks and dangers of virtual reality abuse