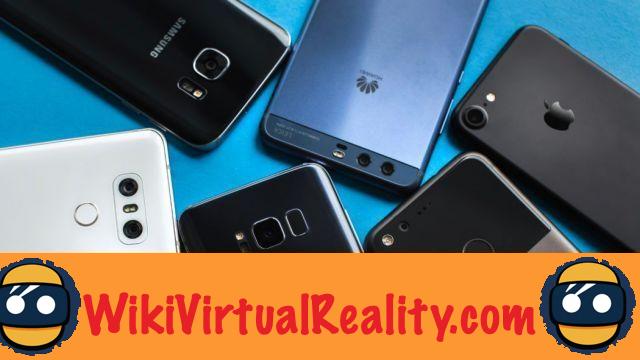 What is mobile VR? 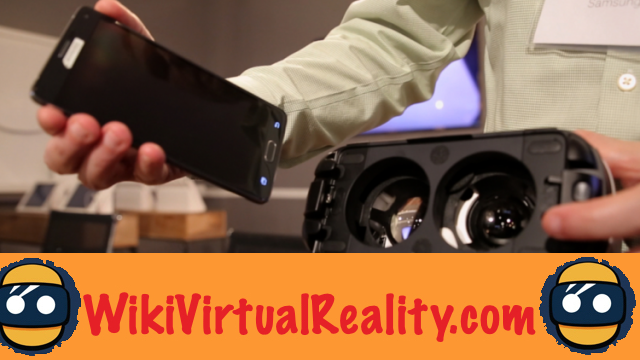 Mobile VR is to be distinguished from PC VR. PC virtual reality headsets, like the Oculus Rift or the HTC Vive, connect to a computer via cables, and draw their power from the machine. On their side, mobile VR headsets such as the Samsung Gear VR, the Google Daydream or the various Cardboard headsets have a slot to accommodate a smartphone. Once inserted, the smartphone serves as both a motor and a screen for the virtual reality headset. Its various position and movement sensors are also used for head-tracking.


How to use a mobile virtual reality headset?

To use a mobile virtual reality headset, nothing could be simpler. After choosing a headset, all you need to do is get a compatible smartphone. It only remains install the mobile application linked to the headset, and insert the smartphone in the slot provided for this purpose to start virtual reality. As a rule, these different steps are explained step by step during the installation of the helmet.

What are the best mobile virtual reality headsets? 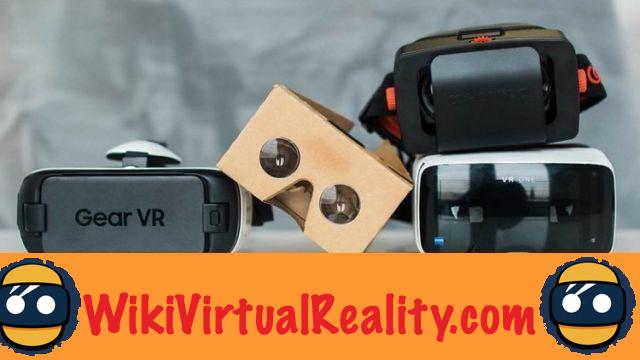 At the moment, there are three main mobile virtual reality platforms. The Samsung Gear VR is based on the Oculus platform. There are many applications also available on Oculus Rift, but also exclusive applications. Daydream headsets, like the Google Daydream View, work with the Google Daydream platform, bringing together games and experiences selected by Google.

This platform offers a rudimentary mobile virtual reality experience. It is open to all smartphones and all applications, and so there are both very good experiences and totally mediocre games. Even among Cardboard headsets, not all are created equal. The French brand Homido is one of the best manufacturers of Cardboard helmets. Do not hesitate to consult our guide and comparison of the best mobile virtual reality headsets.

What are the criteria to take into account when choosing a VR smartphone?

The other criteria to be taken into account are the technical characteristics of VR smartphones. The most important characteristics are the screen resolution, on which depends the visual quality of the VR experience, the processor and RAM, which determine the smoothness of the experience and the power consumption of the VR headset, and the battery capacity, which determines how much time the user can spend in the RV before their smartphone runs out of power. Of course, the price of VR smartphones is also a criterion to take into account, but to enjoy the best VR experience, it is obviously necessary to put your hand in the wallet.

What are the best smartphones for virtual reality?

Samsung Galaxy S9 Plus: the best of VR smartphones 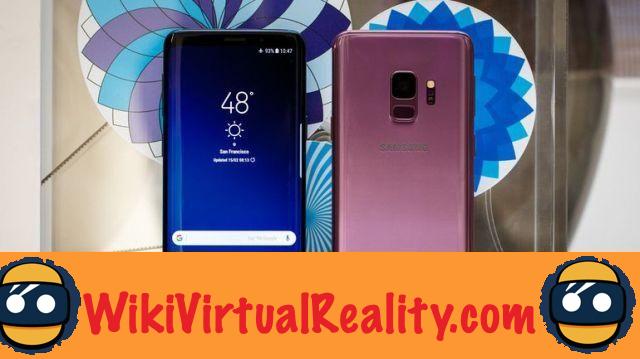 Presented as part of the MWC 2018 in Barcelona, ​​the Galaxy S9 is Samsung's new smartphone. This smartphone, very similar to the Galaxy S8, is equipped with the same QHD 18.5: 9 OLED screen as its predecessor. On the other hand, it embeds a new Snapdragon 845 processor much more powerful than the Snapdragon 835 of the S8.

Knowing that the Galaxy S9 is compatible with Samsung Gear VR 2017, Google Daydream, and with the augmented reality platform Google ARCore, it is currently the best VR smartphone. However, its price of 859 euros (959 euros for the Plus version) can be a deterrent. So the Galaxy S8 remains a more affordable alternative if VR is your priority. 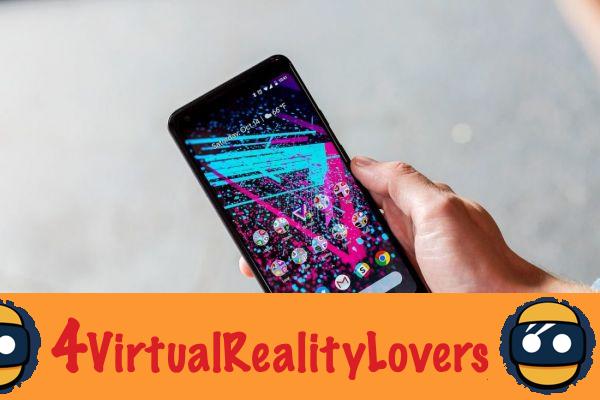 Released at the end of 2017, the Pixel 2 XL is a improved version of the Pixel XL from 2016. This new model features a QHD display in 18: 9 format made by LG, while the Pixel XL screen was made by Samsung. Unfortunately, this screen is a little less successful with saturation and viewing angles problems.

On the other hand, this new Pixel 2 XL embeds a Snapdragon 835 processor, significantly more powerful than the SD 821 of the first Pixel XL. The battery is a bit larger, but the range is not much improved. If you can afford it, the Google Pixel 2 Xl is the best Google Daydream compatible smartphone. 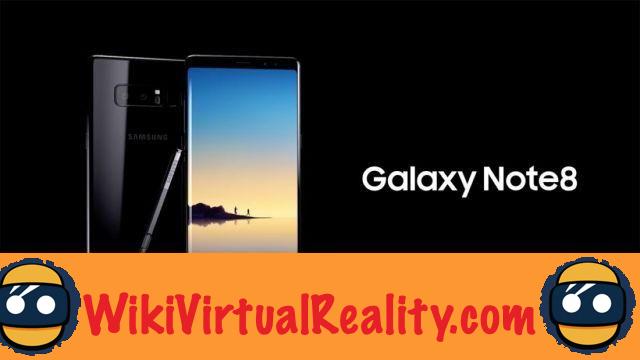 The Galaxy Note 8 is very similar to Galaxy S8, but its screen is larger (in the same way as its template). Thus, Samsung Gear VR users will be able to enjoy an even more spectacular experience. Admittedly, this massive device won't be suitable for all users, but if you have nothing against phablets, the VR experience is even more compelling.

In addition, just like the Galaxy S8, the Galaxy Note 8 is also compatible with Google Daydream VR headsets and with the Google ARCore augmented reality platform. As a smartphone, the Note 8 also offers some cool features compared to the Galaxy S8, like a dual back camera and an S-Pen stylus. Only downside: a starting price of 742 euros. 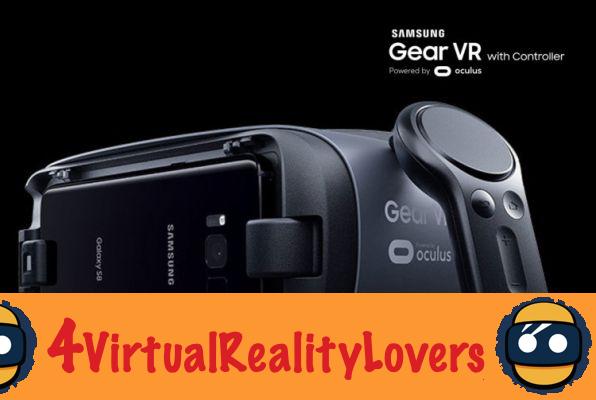 Le Samsung Galaxy S8 offers one of the best mobile virtual reality experiences today. This phone has a powerful mobile processor, which makes all the difference once in virtual reality. Thanks to the Snapdragon 835, the Galaxy S8 won't overheat or slow down, even after hours of video games or 360-degree movies. In addition, this elegant smartphone has an Infinity Display screen to display images in maximum resolution.

The other advantage of the Galaxy S8 in the mobile VR market is the Samsung Gear VR headset. Yes Almost all smartphones are compatible with Google Cardboard headsets, only Samsung phones are compatible with Gear VR. This device was developed with Oculus, and offers not only the best hardware quality (with built-in motion detection sensors) but also the best games and experiences on the market. 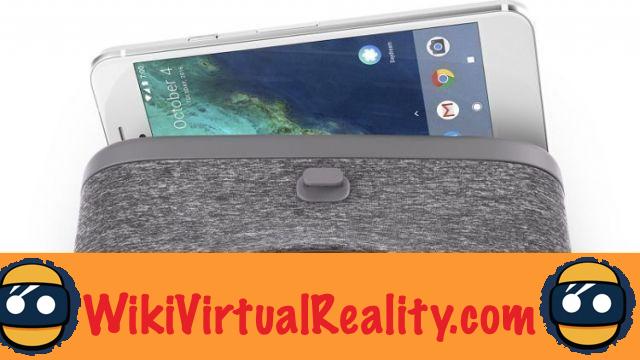 The Google Pixel XL is the first high-end smartphone directly produced by Google. This phone offers impressive performance, and a no-frills Android experience, but it is also one of the only devices compatible with the Google Daydream VR headset at this time. The Daydream platform is still recent, but it already presents itself as the best mobile VR platform after that of the Samsung Gear VR. Google carefully chooses the VR applications offered on its platform, to offer users only the best quality of experiences.

Ce smartphone is both fast and powerful, and its 2560 × 1440 resolution screen allows you to enjoy excellent image quality in virtual reality. The Google Pixel, the Pixel XL's little brother, is also compatible with Daydream headsets, but its 1080p display offers a less visually impressive experience. Unfortunately, these two VR smartphones are not officially available in France and must be imported, just like Daydream headsets. 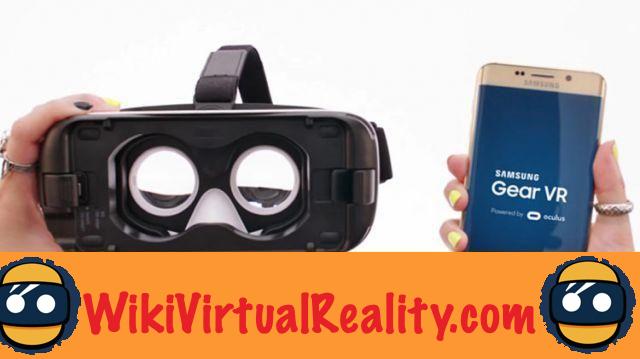 Le Samsung's 2016 flagship remains one of the best VR smartphones. Equipped with a powerful Snapdragon 820 processor and a 2560 × 1440 resolution QHD display, this phone offers excellent picture quality. The Galaxy S7 has a 3000 mAh battery, and the Galaxy S7 Edge is equipped with a 3600 mAh battery. The two devices have a very solid autonomy, and allow you to explore virtual reality for several tens of minutes before running out of power. The main asset of these two smartphones, as with the Galaxy S8, remains the compatibility with the Samsung Gear VR.

Alcatel Idol 4s: the most affordable of all VR smartphones 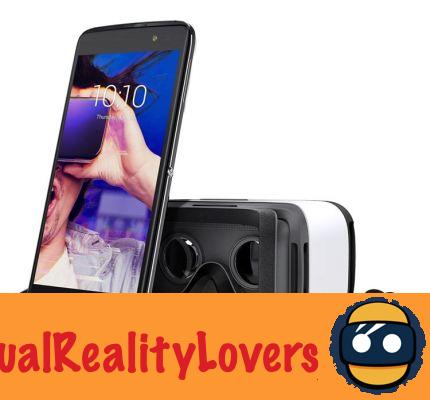 If you want experience mobile virtual reality without investing in an expensive smartphone, the Alcatel Idol 4s presents itself as the best solution. Priced at just € 223, this smartphone comes with a virtual reality headset similar in design to the Gear VR, but working on the Google Cardboard platform. Admittedly, the experience offered is much less impressive than that of Gear VR, but it allows you to discover VR at a good price.

Le Idol 4s is clearly not a performance freak, but its specs are decent. The QHD screen allows you to enjoy good image quality, and the satisfactory autonomy will let you play for a few tens of minutes in peace. In addition, the smartphone does not overheat excessively. 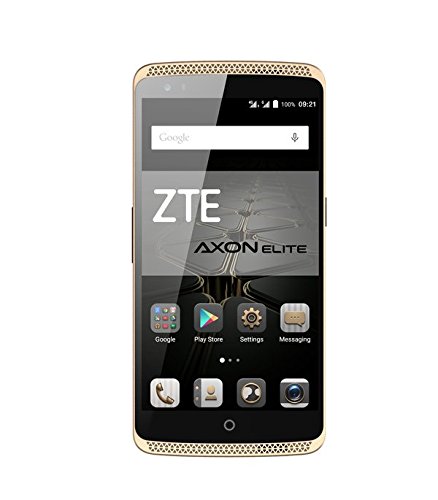 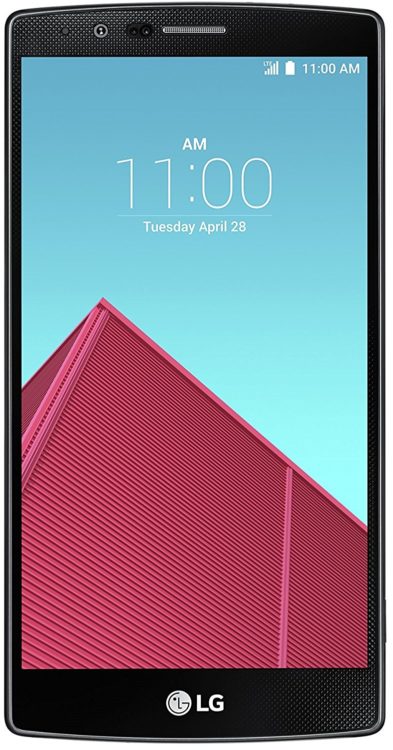 Equipped with a qHD screen, a 3000 mAh battery, and 3GB of RAM, the LG G4 is not the newest LG smartphone, but its significantly lower price point than the G5 and G6 makes it the best choice for an affordable mobile VR experience..

iPhone 7: the best iPhone for VR 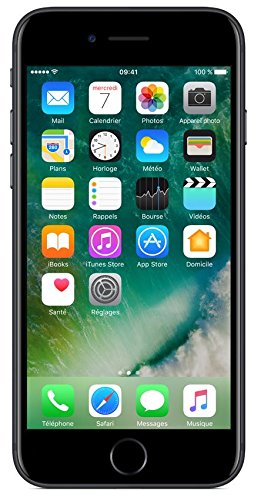 IPhone 7 has a 1334 × 750 display. So it's not 4K, but the quality of this screen allows it to compete with Android smartphones with better resolution. Likewise, grace to its A10 processor manufactured by Apple, the iPhone 7 ensures a quality mobile VR experience even with only 2GB of RAM. Unfortunately, Apple does not yet offer a VR headset designed specifically for the iPhone, and users will have to settle for Google Cardboard headsets.

Do you use your smartphone to access virtual reality?

Give your opinion on VR smartphones.

Head transplant - The first patient will be prepared by virtual reality ❯