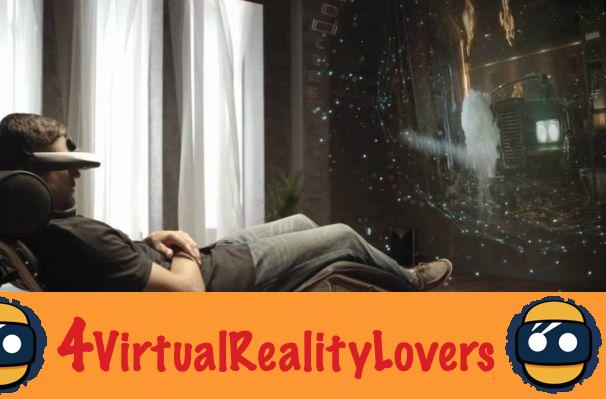 In 2014, As part of PAX East, Palmer Luckey, creator of Oculus, claimed that VR headsets were set to replace televisions. Headsets offer a more dynamic experience, he says, will be cheaper for consumers in the long run, and less harmful to the environment. While this statement was greeted with great skepticism at the time, several producers chose to take it seriously and began to invest heavily in virtual reality.

As part of the MIPTV industry conference, which took place this month in Cannes, one of the main topics discussed regarding the future of television was virtual reality. The producers, broadcasters and tech companies are all interested in this new technology. Indeed, like many other fields, the television industry could be transformed by VR.

During the HTC keynote, Rikard Steiber explained that virtual reality is the next mass medium, because it allows you to put yourself in anyone's shoes, to go anywhere, and to create anything. If VR is not yet truly democratized, Greenlight Insights predicts that the immersive content market could reach $ 9 billion per year by 2021. VR could therefore represent a juicy vein for the television industry, at the time when traditional television tends to falter.

As Greg Ivanov of Google's Daydream team points out, however, it is necessary to create content specifically designed for VR. Too many companies tend to try to convert the intellectual property they already own to virtual reality. In some cases, this approach may work, but it may not be the ultimate destination for VR TV.

VR television: allow viewers to become an actor in their favorite series 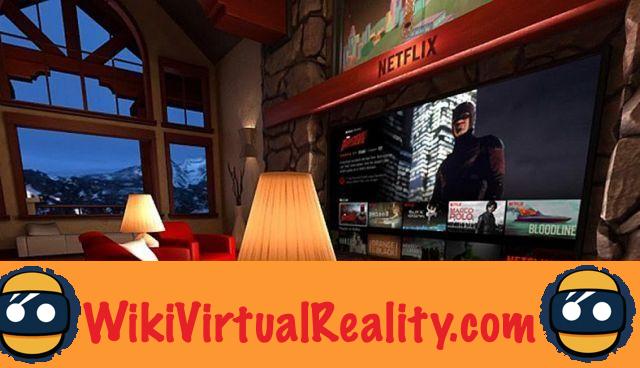 According to Richard Nockles, Creative Director of Sky's VR Studio, VR could make television more interactive and develop new narrative forms. It is possible to allow the viewer to become one of the protagonists of the series. As in a video game, the latter could move around, observe the unfolding of events in first person view, and even interact with the elements of the set or the other characters.

In short, VR television could remove the line between television series and video games. Thus, according to Bertie Millis, Director of Virtual Umbrella, rather than investing in professional-grade 360-degree cameras, production companies should look to 3D engines used to create video games.

This treatment does not seem suitable for all genres of television series. For example, the possibility of participating in a sitcom or a drama does not seem particularly interesting. On the other hand, for genres like heroic-fantasy, adventure, or science fiction, virtual reality can give storytelling a new dimension.

However, as Simon Benson of Sony's PlayStation VR team explains, there's a problem with VR TV shows. When a viewer is watching a 360 degree video, it is impossible to predict the direction in which he will look at this or that moment. Therefore, the viewer risks missing important elements of the unfolding of the plot. It is necessary to find subterfuge to attract its attention without however attenuating the feeling of freedom lavished by the VR.


Similarly, making the viewer the main character of the series does not guarantee that they will follow the narrative flow intended by the writers. To remedy this problem, it is better to give him the role of secondary character, and leave the main role to a virtual character. Producers or creatives must redouble their imagination to invent new narrative techniques adapted to this innovative format. Several remedies have already been devised to remedy this problem. For example, a character can react and start his line only when spectators are watching him. It is also possible to increase the volume of the music when the viewer is facing the right direction. This treatment has been used before to create short experiences, but might be more difficult to apply to an entire season of TV series.

VR TV: Allow fans to discuss a series while watching it 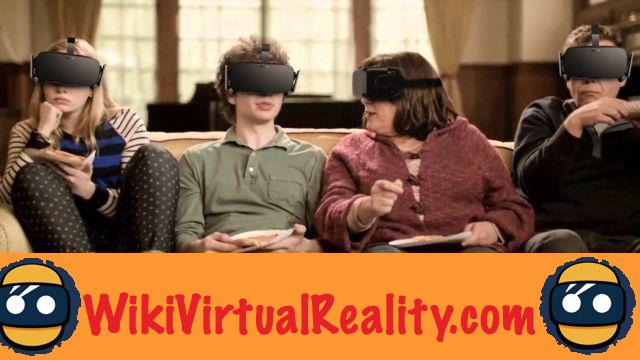 La virtual reality could allow fans of a series to meet in a virtual space to view content in a friendly way. Nowadays, TV shows occupy a prominent place in the conversations of many people, in reality or on social networks. People love to talk about their favorite shows. However, a certain distance is inevitable in this type of discussion. You might watch the same shows as your friends, but you don't watch them together, in the same place, at the same time. VR makes it possible to meet, watch series together and discuss them at the same time.

Some programs of this type already exist, like Convrge, which allows friends to gather in VR to watch YouTube videos. If the streaming giants in turn launch into this niche, it will be possible to indulge in binge-watching in virtual reality. As part of the latest Oculus Connect conference, Netflix announced its intention to enter the virtual reality market. The Netflix VR application is available on various virtual reality headsets such as the Gear VR or the Google Daydream. Admittedly, Netflix series are always displayed in 2D, and therefore will not increase interactivity or the feeling of immersion, but can make the experience more user-friendly and improve the comfort of the viewer. 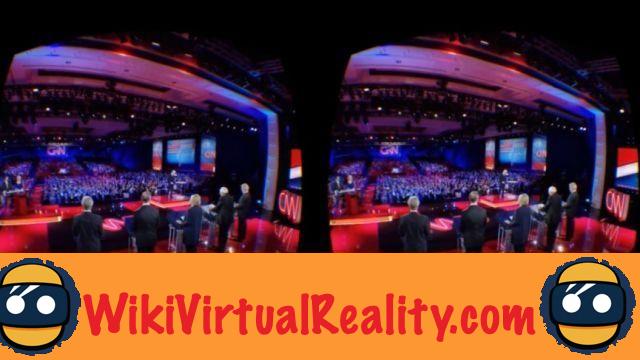 Virtual reality is a new technology. Fact, the realization and broadcasting of live events in VR bring as many benefits as challenges to be overcome. When recording traditional broadcasts, cameras are placed in a stadium or studio, and an editor is responsible for choosing the best shots in real time. A VR camera, on the other hand, allows everything that happens around it to be filmed and lets the viewer choose where to look.

Broadcasting live events in VR requires high quality equipment. For example, IM360 markets six-lens cameras that capture more than 80% of the sphere at 360 degrees. However, even when renting this type of equipment, it is necessary to learn how to use it. Thus, in 2016, following the broadcast of a debate between Democrats at 360 degrees, spectators complained of a broadcast that was too vague and too far from the candidates. Currently, NextVR claims to be the only company capable of broadcasting this type of content in HD over the internet live.

Si technology is already sufficiently advanced to allow the production of VR broadcasts on television, the adoption rate of virtual reality must increase to justify the costs in the eyes of producers. When it does, VR TV could eventually replace traditional TV.

At first, however, consumers are likely to prefer short formats rather than long broadcasts. Of 10 to 30 minute programs seem to be more suited to virtual reality demand. Considering production constraints, it is also preferable for directors to opt for this format.

VR television: the advertising industry is planning to join in the fun 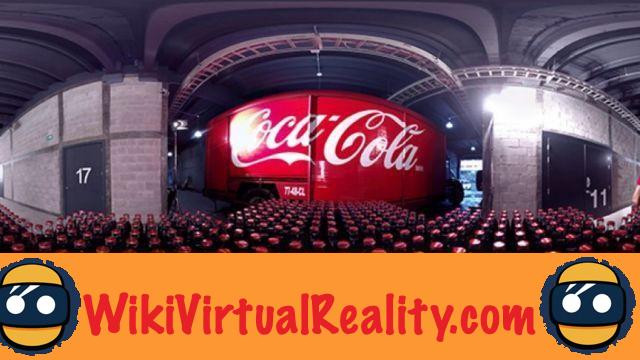 For the advertising industry, VR television also represents a huge opportunity. For example, it would be possible for companies to develop VR games, which viewers could play between two parts of a program. In the case of live broadcasts, virtual advertisements adapted to the spectator could also appear briefly in his field of vision without however breaking the feeling of immersion.

While the prospect of this type of advertising may seem disturbing, however, it might prove to be less annoying than a complete interruption of the program as is the case with advertising pages as we currently know them on television. In short, virtual reality could allow consumers and advertisers to find common ground. 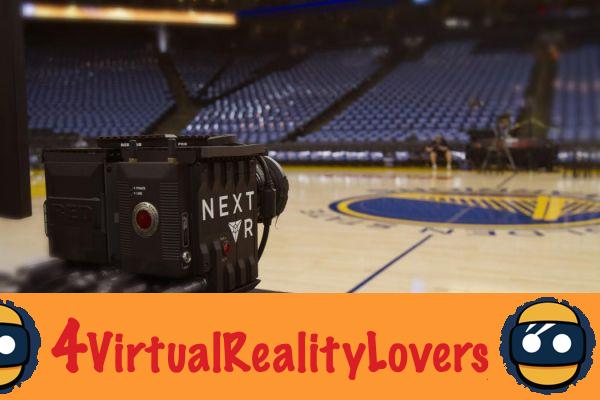 Some of the companies already involved in the VR TV market include Comcast and Time Warner, which have invested millions of dollars in live broadcasting startup NextVR. The latter recently signed a five-year partnership with Fox Sports to broadcast professional sporting events in VR.

Similarly, Disney has contributed to the financing of the startup Jaunt to the tune of $ 66 million. This startup specializes in the production of 360-degree video content. For their part, dMajor groups like ABC News, SyFy, National Geographic and Conan O'Brien have purchased 360-degree cameras from Immersive Media to create new programs for VR television.

VR television: prospects for the future 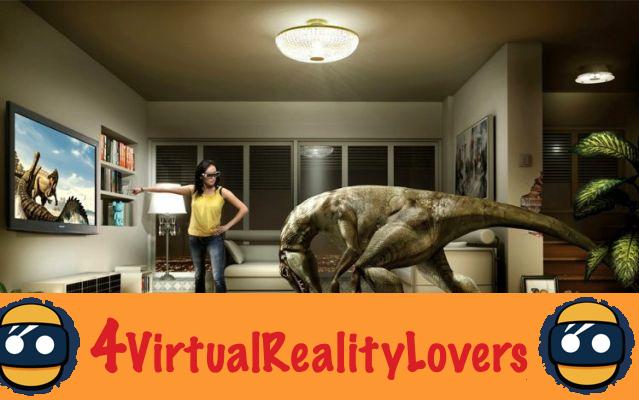 According to Kim Shillinglaw of Endemol Shine, many VR spin-offs of existing TV series are expected to be released between 2017 and 2018, along with experimental series specially designed for virtual reality. In the long run, it is likely that VR content will come at a higher subscription price to cable TV services.

- VR capture techniques are constantly evolving over the years, and the quality of the content offered should improve more and more. The weight reduction of VR headsets will also make the experience more comfortable for the viewer. In any case, as with all new technologies, it is up to consumers to accept this new format, and to creatives to make it attractive. The rise of VR TV will depend on these two factors.