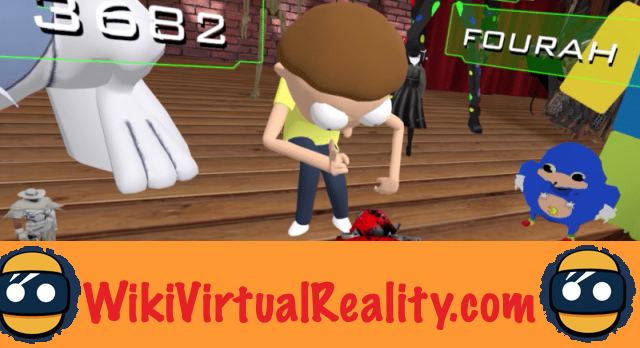 The virtual reality social network is currently one of the biggest successes in the VR market. After passing the milestone of one million users in early January 2018, the application has doubled its number of installations in just 10 days to reach a total of 2 million installations. An impressive performance, which reflects the enthusiasm of VR fans for this platform offering users to join together in the form of fully customizable avatars.

Unfortunately, this sudden and phenomenal success is difficult for the developers of the app to manage. A few days ago, we bemoaned the increasingly embarrassing sexual harassment in VRChat, as well as the many users who take pleasure in "trolling" others by preventing them from playing. Today, however, another incident of the past week gives some hope for humanity.

VRChat: a user collapses to the ground and convulses in the middle of the game

As the usual chaos was in full swing in the small world of VRchat, populated by "memes" and other imaginary characters, one of the avatars abruptly fell to the ground. The character then began to convulse with heavy breaths. The player, nicknamed DrunkenUnicyclist, was just doing a epileptic seizure with his VR headset and his “full-body” tracking suit.

After a few moments of hesitating to wonder if he was not just another prankster troll, the other players began to crowd around him to rescue him. VR obliges, it was impossible to help him physically. However, we can only applaud the behavior of users in this dramatic situation.

When the users in the virtual room realized that the player was really convulsing, the usually crazy atmosphere became much more serious. Usually mocking, the tone quickly shifted to one of assistance and anxiety. As in the real world, players began to move back to leave (virtual) space for the epileptic.

Players regularly asked him if he was okay, while regularly checking his breathing. The few incorrigible pranksters were firmly removed from the scene, and a psychedelic multicolored avatar was turned away for fear that his appearance would cause the victim a second fit. Often times, the freedom afforded by the anonymity of VR drives users to the worst of disrespect and moral conduct. However, in this case, we see that solidarity was very real in this virtual world. What to reconcile with Social VR. 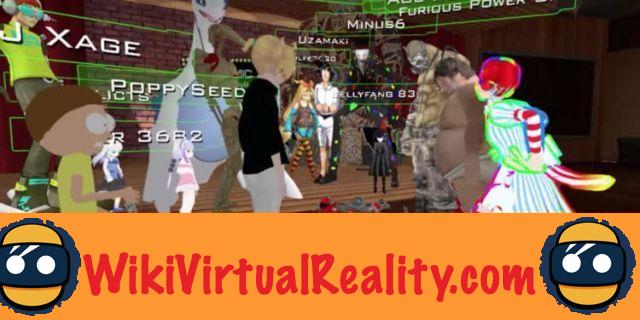 VRChat: developers are proud of the community

Interviewed by Kotaku, DrunkenUnicyclist confesses to having been soverwhelmed by the virtual presence of other users gathered around him. VRChat Inc's OCC, Ron Millar, saw the video and admits to being amazed that an epileptic takes the risk of donning a tracking suit. However, the player concerned explains that he does not suffer from epilepsy a priori, despite the fact that he had a seizure when he was 5 years old.

Either way, Millar is very proud of the reaction of the VRChat community to this unexpected incident. The manager also specifies that the moderators are trained to offer help to the players in the event of a problem of this type. They are notably able to eject the player from the VR. Following this scenario, however, the players claim a alert button to notify a moderator in case of concern of the same ilk.

Finding your true self: Buddhist enlightenment in virtual reality ❯