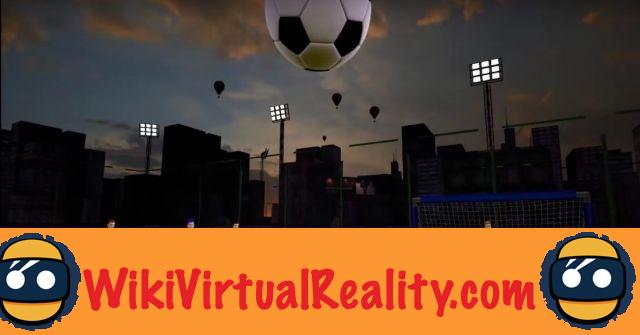 Among the various virtual reality video games available today, there are many sports games. For good reason, the developers quickly understood that VR headsets and their motion detection controllers make it possible to combine the pleasure of video games with the physical effort of sport. In VR, there is no question of sitting in a chair and playing with a controller.

The player is active, and uses his body in a natural way to control his avatar. This is how excellent sports games in virtual reality have come into being. We can in particular quote Echo Arena, a team frisbee game, or the Knockout League boxing simulator. The startup Black Box even created a weight machine combined with a VR headset!

Why a VR soccer game seems impossible to create 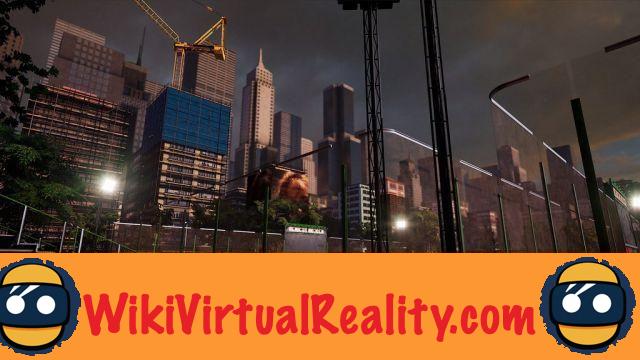 However, until now, no one had the audacity to create a VR soccer game. A shame, when we know that football is the most popular sport in the world. The explanation for this paradox is rather obvious. The problem with football is that the sport is played with the feet. However, currently no virtual reality headset is capable of tracking leg and foot movements of the user. The sensors of the Oculus Rift, HTC Vive and PSVR just follow the movements of the headset and controllers, and therefore of the head and hands.

While it is possible to use the HTC Vive's Vive Trackers and hang them on your feet for use in VR, these small devices are not yet widespread enough for a game based on them to be profitable. That's the reason why the only VR soccer game available right now is Headmaster, a game where you only have to hit the ball with your head.

However, things will change very soon. Developer Cherry Pop Games, already behind the excellent Sports Bar VR and Pool Nation VR, has just announced its new VRFC (Virtual Reality Football Club) game. In this first person experience, the player is actually using their arms to control his character's legs. This is what the developers call the “Agile Locomotion” system.

Concretely, this system consists of using motion detection controllers by performing natural arm movements for running and hitting the ball. By pressing the buttons on the controllers, it is of course possible to adjust the power and trajectory of the strikes. This system seems both ingenious and innovative, but we will have to wait until we can pick up the game to see what it is really worth.

For the rest, VRFC will feature eight-player multiplayer matches. The goalkeepers will be controlled by the computer. It will be possible to train solo.

The game will be available on Oculus Rift, HTC Vive and PSVR on February 27, 2018. Note that the multiplayer mode will allow users of the three platforms to play together.

add a comment of VRFC: finally a virtual reality soccer game on Rift, Vive and PSVR