VRGO: move around in virtual reality without getting up

The “crowdfunding” or participatory financing platform currently hosts the VRGO project: a stool supposed to move us forward in the virtual world.

Joe Ryan, the creator of the concept, started from the premise that the immersion lens produced by VR headset technology is held back by a major problem: movement. Having a 360 ° vision, in a realistic 3D setting, but moving around with the joystick of a controller can be frustrating and spoil the pleasure of many users. Moving in the game thanks to the tilt of the body still seems more natural. 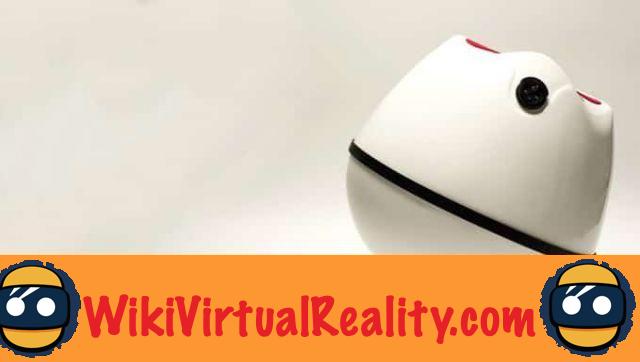 The tool that “redefines the movements of virtual reality”

Concretely, the tool makes it possible to transcribe the pendulum movement performed by the user on the chair, in the virtual world. Just tilt forward to move forward or rotate to turn your character.

The chair has the advantage of being wireless and being able to connect, via Bluetooth, to a computer, console or mobile phone. This 4kg device has a battery life of around 5 hours, which seems reasonable, and has a USB port for recharging.

Note that VRGO requires the use of other tools to allow a good immersion of the player. If the movement of the legs seems to ensure by the stool, that of the hands must indeed be taken care of by something else.

In the presentation video on Kickstarter, the various speakers are all equipped with a classic WII controller or the pistol model.

A system that has its constraints

If the equipment has a clean design, it would not be objective not to report the two major flaws that it includes.

The first is to be linked to the statements a few days ago from Palmer Luckey, the founder of Oculus. The latter has indeed explained in several tweets that cables are going to be a major obstacle in the virtual reality industry ". When we watch the VRGO presentation video, we quickly realize that the connections will limit the user's movements. 360 ° movement, for example, made possible by the chair, is not when the headset is connected to a PC or a console. It seems a shame that the user is forced to keep part of his mind in reality to think of not tearing everything out in a somewhat brutal movement.


Palmer Luckey concluded thatin terms of VR, mobile solutions will have earlier success. The problem is that it is not certain that video game enthusiasts interested in the chair will be satisfied with a mobile gaming experience.

Another negative point, what English speakers are now used to calling "the VR sickness problem", physical pain associated with the use of virtual reality.

In a test video of the device, we realize that moments of imbalance remain frequent in the user. We can legitimately consider that prolonged use, especially for newbies to technology and people who have some predisposition to seasickness, may be painful.

It is difficult to predict at present the success or not of such a project. On the other hand, it does inform us on one point, products of this kind, created to improve the immersive experience of the user will multiply. Virtual reality will only be enhanced.

HaptX Glove: the ultimate glove for touch and haptics in virtual reality

Add a comment from VRGO: move around in virtual reality without getting up