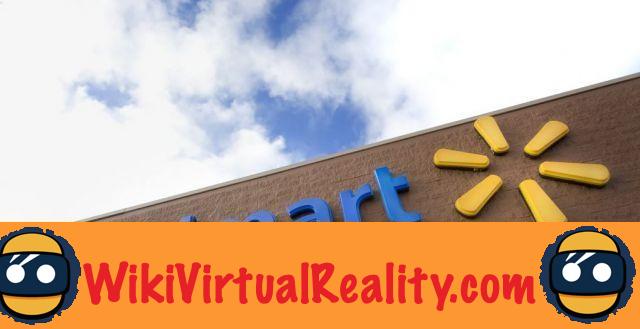 From the fabulous world of start-ups to that of a multinational. This is the fate that awaits the teams of the start-up Spatialand, which has just been acquired by the American distribution giant Walmart. However, it is not completely a surprise as this purchase seems to make sense...

Spatialand joins the fold of Walmart. Across the Atlantic, it could well be one of the biggest news of the week in the field of virtual reality. The company that was born in 2016 is acquired by the Walmart incubator, Store n ° 8 for an undisclosed amount. Until then, it allowed its customers to create VR experiences in a simple and intuitive way.

Today, this experience will be used for the benefit of Walmart, whether it is content for the website or for the stores themselves. The brand hopes to increase its sales and lower the return rate for certain products.. Thus, the risks of a customer bringing back heavy equipment because it takes up too much space should be reduced. Particularly interesting possibilities even if we feel that efforts will be necessary on the side of mapping and integration to make the experience as immersive as possible.

Full integration of Spatialand into Walmart

Be careful, however, despite the incubator title of Store n ° 8, it is indeed an absorption. This real Walmart lab isn't about making it a stronger or bigger company, it's clearly about reclaiming technology and knowledge for Walmart's benefit.. Spatialand will be dissolved and replaced by a new structure. This will be led by Store # 8 founder Katie Finnegan.


Within the new entity, she will work with Spatialand founder Kimberly Cooper, and Walmart Incubator Product Director Jeremy Welt. For Spatialand, it's a homecoming since a collaboration was already set up in the summer of 2017. The company then created a virtual reality experience for Walmart in Yosemite National Park in California.. The opportunity for users to see camping equipment in particular while in use. A system similar to what Decathlon is testing in several stores. If Walmart initially wants to continue with this type of project, the idea is above all to go further in innovation. The company   Katie Finnegan said in a blog post earlier this week. We will probably know more in the coming weeks.