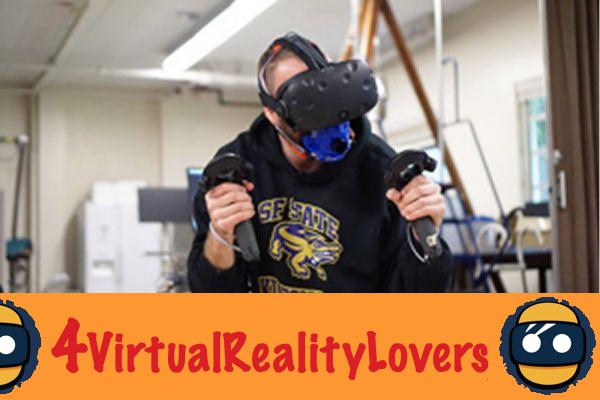 The Virtual Reality Institute of Health and Exercise is an independent research and evaluation organization that studies the health impact of virtual reality and augmented reality. In collaboration with the Department of Kinesiology at the University of San Francisco, the organization's experts use tools to assess the amount of exercises performed when playing games in virtual reality as well as in augmented reality. 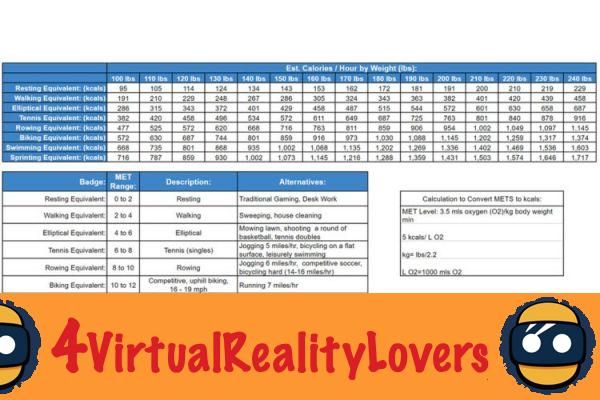 Playing video games is often associated with a lack of exercise and weight gain. Many doctors complain about the inactivity of children and adolescents who spend hours playing video games. Virtual reality is however changing everything and many VR games require, on the part of the player, movements, rhythm and some physical activity.. Some games more than others. The physical activity required when playing some virtual reality games is even similar to some intensive sports. 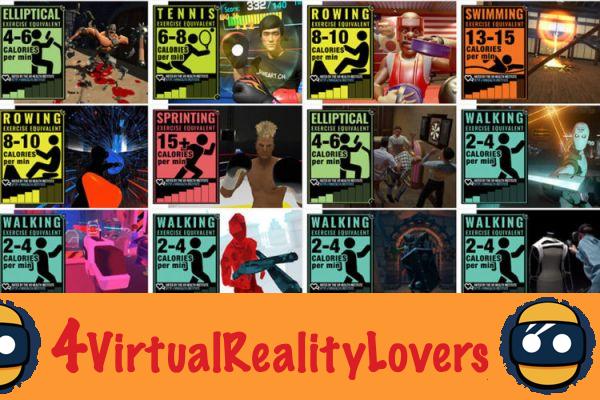 This is shown by the organization "Virtual Reality Institute of Health and Exercise" which has tested many games in virtual reality. The independent agency measured the physical activity developed for different known games and evaluated the amount of calories burned during a game. The institute's experts were even able to compare the amount of energy required when playing certain virtual reality games with certain sports activities and the results are surprising ...

Which virtual reality games to exercise and burn calories?

According to the health organization, it is the game "Thrill of the fight" which requires the most intense sporting activity. Experts have determined that doing part of this game is tantamount to sprinting. Not less than 15 calories per minute are burned during a game. The game "Holopoint" is also very well classified with between 13 and 15 calories per minute consumed. This is equivalent to the practice of swimming. The “Audioshield” game, which had been used by a geek to lose 22 pounds in 5 months, is also an excellent alternative with no less than 8 to 10 calories per minute of burnt. This is equivalent to rowing according to health experts. 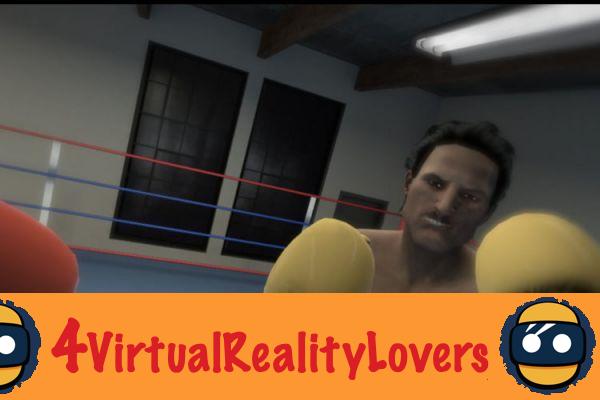 "Virtual Reality Institute of Health and Exercise" has tested many other games and assessed the physical activity developed by each. You can check out the full list on their site here. You can also ask them to test a game.

While VR games have evolved and now offer different gameplay, we are bringing you a selection of the best VR video games to lose weight, sweat and burn calories while playing.

Designed by the studio "Survios", Sprint Vector will put your heart to the test. The concept is based on making very fast movements of the arms. Existing on PlayStation VR, Oculus Rift and HTC Vive, the game will place you in different environments. Roller skating, sprinting, fast climbing, etc. You will have to swing your arms very quickly to get ahead of your opponents. Like a sprint, it's short but very intense. Perfect for those who want to get their heart pumping fast.

Knockout League developed by the studio "Grab Games" offers you to face different rather particular opponents in a boxing ring. You will need to master the art of dodging as well as that of direct, hook, uppercut, etc. to knock down your opponents. Again, quick arm movements are a must. You can find Knockout league both on PS VR; HTC Vive and Oculus Rift.

Blaster of the Universe: a particularly intense shooter

The Fruit Ninja VR title is indeed aptly named because you will have to cut fruit using a sword. Created by the "Halfbrick" studio, Fruit Ninja VR puts a sword in each hand. You will therefore need to develop both speed and agility with each arm.. A fun concept and a lot more exhausting than you think. Fruit Ninja VR is also available on the 3 main VR headsets which are the Oculus Rift, HTC Vive and PlayStation VR.

VirZOOM: the exercise bike that takes you to other worlds

VirZOOM, developed by the eponymous company, has a fairly simple concept. Climb on a connected exercise bike and put on a VR headset. No more monotonous sessions in your living room or in a gym. The concept combines exercises and VR video games. You will have to pedal quickly to win in the various games offered. Far West, Formula 1, winged horseback riding, etc. are part of the games and environments offered. The playful aspect will make you forget the fatigue of the exercises but quickly, the fire in the legs will remind you of your limits. VirZOOM requires a compatible bike and either a PlyaStation VR, HTC Vive or even Oculus Rift headset.

Developed by the "Alzan" studio, Holopoint will immerse you in a training room very similar to the one found in the movie The Matrix while Neo discovers all the warrior potential that has been transmitted to him through programs. You will have to dodge and shoot archery to change level. Holopoint is not a recent VR game but it is still relevant today and is available on Oculus Rift and HTC Vive only.

Created by the studio “Free Lives”, Gorn Giant Bloddbath is a pretty crazy game in which you will be thrown into an arena such as the circus games of ancient Rome. You will have to face different types of opponents, bullies thick but devoid of brains. The emphasis is on gory humor. Become a gladiator to work out in virtual reality. Gorn Giant Bloddbath is currently only available on HTC Vive and Oculus Rift.

All about the VR game Gorn Giant Bloodbath.

Sparc is a virtual reality game developed by the "PCC" studio. It plunges us into a universe worthy of the science fiction film Tron in which you will have to fight in a ball game, sort of mix of tennis and fencing. Reflexes are very important. Sparc is available on the top 3 VR headsets, the HTC Vive, the Oculus Rift and the PlayStation VR.

To discover more about Sparc, it's not here.

Echo Arena: a multi-player game in a gravity-free environment

Developed by the "Ready at Dawn" studio, Echo Arena immerses you in a virtual zero gravity arena. No scenario but frisbee matches. The gameplay is very simple but is also particularly technical. Wrestling, punches and scrums are allowed and will make you sweat. Echo Arena is available on both Oculus Rift, HTC Vive and PS VR.

Conclusion on the best virtual reality games for burning calories

This list is obviously not exhaustive. You can also complete it in the comments with the VR games that made you sweat the most. We have deliberately concealed the first game titles in virtual reality such as “Audioshield”, “Sounboxing” or even “Space Pirate Trainer”.

Huawei brings out its ultra-compact VR glasses, but with 6 DoF ❯

add a comment of What VR games to lose weight ... measured activity and calories burned