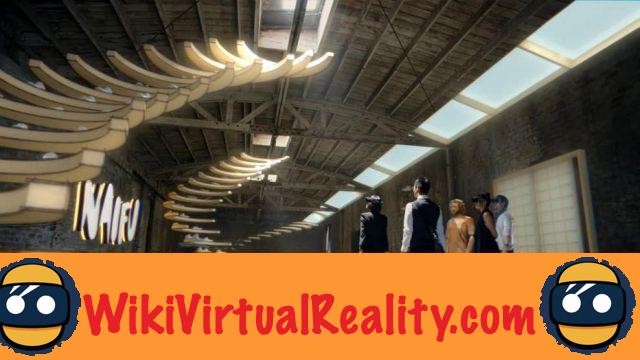 Microsoft announced at Computex the opening of the Windows Holographic development platform to all its manufacturer partners. One of the aims of the company is to transcend the boundaries between virtual and augmented reality and promote mixed reality.

Augmented reality has reached a new stage at Computex. Terry Myerson, vice president of Windows and Devices Group, announced at the Taiwanese show the opening of the Windows Holographic platform to other companies, reports the Engadget website. They can use it to program software in augmented reality and virtual reality.. The Microsoft representative explained the company's desire to transcend the Hololens headset and different devices as well as the boundaries between augmented and virtual reality. They call this mixture to which they aspire “Mixed Reality” or mixed reality.

The opening of this platform to all its partners shows that Microsoft is taking the same path as with its Surface tablet. The beginnings of this technology were quite rough, but today the majority of computer manufacturers have taken inspiration from this model to develop their own tablet-PCs. Windows' strategy is therefore to reproduce this success by offering this technology via API libraries and programs to build its applications.. This gives free rein to developers and hardware manufacturers to design their own version of the Hololens. Devices close to the latter will appear on the market, and these will use Windows 10 to function.

Microsoft has already entered into partnerships with Intel, AMD, Qualcomm, HTC, Acer, ASUS, CyberPowerPC, Dell, Falcon Northwest, HP, iBuyPower, Lenovo and MSI. The machine is therefore well under way. Bill Gates' company has therefore developed a completely different strategy from those of its competitors.. However, nothing has been decided yet, but Microsoft is well positioned to conquer the augmented reality market and enter the virtual reality market with a bang.