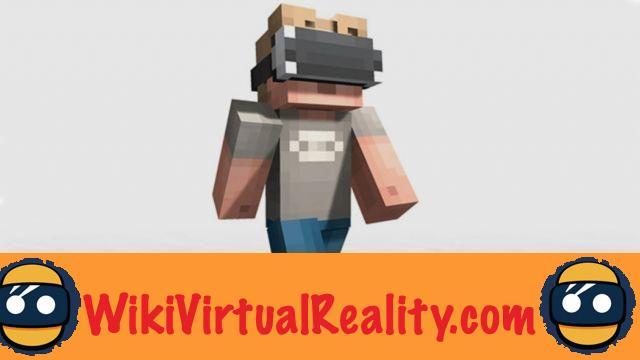 We no longer present Minecraft, the second best-selling video game of all time behind Tetris. In this game developed by Markus Persson, the player simply has to stack bricks as they wish. Creative freedom is endless, and users can erect structures beyond comprehension. Some relentless have managed to create a real cathedral, an entire city or even recreate the first Pokémon game. Minecraft has been used on almost all media, and in particular on Windows 10. 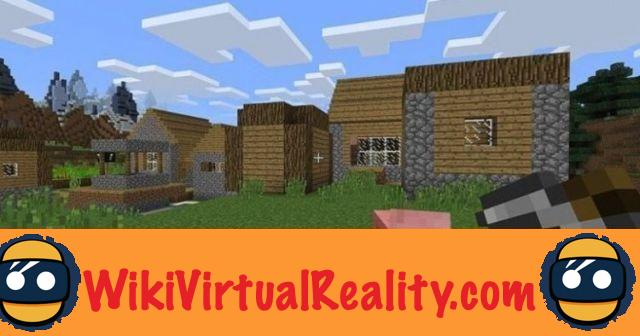 This Windows 10 version of Minecraft has been compatible with Microsoft's virtual reality platform, Windows Mixed Reality since its launch in October 2017. However, until now, this VR version only offered players to play Minecraft like on PC, but on a huge screen materialized in VR. Following a freshly deployed update for Minecraft on Windows 10, owners of Windows Mixed Reality headsets can now play the game in immersive mode.

Concretely, the immersive mode allows quite simply to enter the world of Minecraft in virtual reality. This new version has been beta tested for several weeks, and is now available to all users. Immersive mode was already available on the Oculus Rift and Gear VR versions of Minecraft, but Windows headset users can finally enjoy it. This mode allows you to rediscover Minecraft from a whole new perspective, and the experience is very convincing.

Along with the immersive mode, the update brings the integration of Mixer, formerly known as Beam, Twitch's competing streaming service acquired by Microsoft in 2016. This service allows players to stream their games of Minecraft VR live. In addition, features allow live spectators to interact directly with the player. For example, they will be able to change the time of day or spawn a horde of monsters in the player's world. Obviously, the player will have to activate this option to allow spectators to interact.

Minecraft was released in 2011, but the game is still not out of fashion in 2017. Its simple and effective concept has brought together countless players and Minecraft has become the symbol of a whole generation of young players. Moreover, the title is about to receive a massive update allowing in particular, for the first time, to swim in Minecraft. If you have a Windows Mixed Reality headset, you can download Minecraft now on the Microsoft Store for 26,99 euros.