With MMone, immerse body and soul in virtual reality 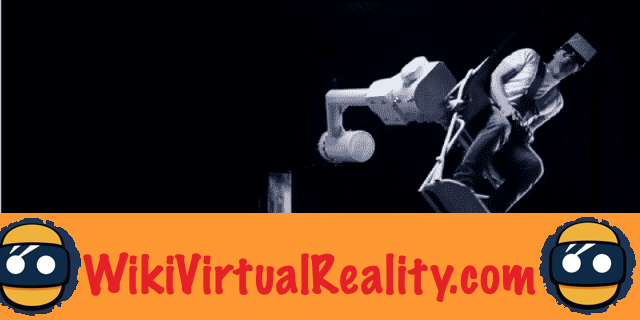 Virtual reality is often criticized for only dealing with sight, and putting aside other senses like touch or smell to the side. If other devices begin to meet this need, the Ukrainians of the MM-company go even further and present the MMone virtual reality gaming chair.

Mounted on multiple axes that can move and rotate independently from 30 to 360 degrees at variable speed, the MMone allows the player to feel the movements and the shocks of his vehicle in game. Indeed, if the MMone has no interest for a player of rpg or fps, it takes all its interest during simulations of races, of space combat or roller coaster. From now on, the player can actually feel the rolls of his car on Gran Turismo or the loops of his ship on Elite Dangerous. Unfortunately (or fortunately?) For the keenest of simulation, the MMone does not take into account the Gs that the average F-ZERO X pilot would take.

In terms of security, the chair is fitted with 5 belts to prevent the player from falling to the ground at the slightest caper. The seat is compatible with the Oculus DK1 like DK2, and supports keyboards as well as controllers. It is also modifiable to measure according to the size of the players.

If the MMone therefore has all the arguments to seduce fans of driving simulations, it unfortunately has some constraints. In the first place, bah… it moves. For someone like me who has the unfortunate tendency to eat himself the full force of motion sickness will end up on the ground after 15 secondss, and even someone with strong nerves could be damned hard by the chair spins. Enough to transform the most aggressive dogfight enthusiast into a peaceful and careful pilot ... 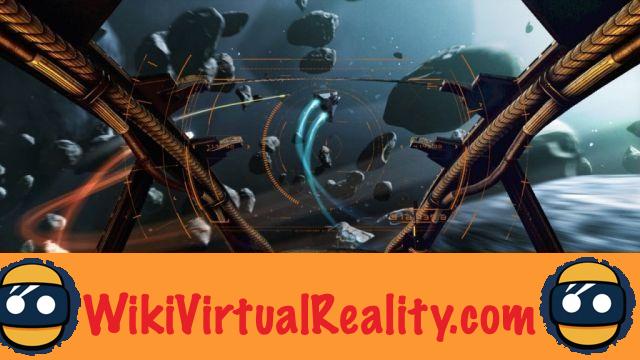 Another obvious problem: the space and the price. It is clearly an object that cannot be installed in the lambda chamber, which therefore requires a dedicated room. As for the price, if it is not yet indicated on, we can imagine that the price of the MMone will be counted in thousands of euros. A beautiful toy therefore, but that only a minority of players can buy. Those who are not followers of this kind of game will orient themselves towards

Nagasaki - A reenactment in virtual reality for children ❯

add a comment of With MMone, immerse body and soul in virtual reality