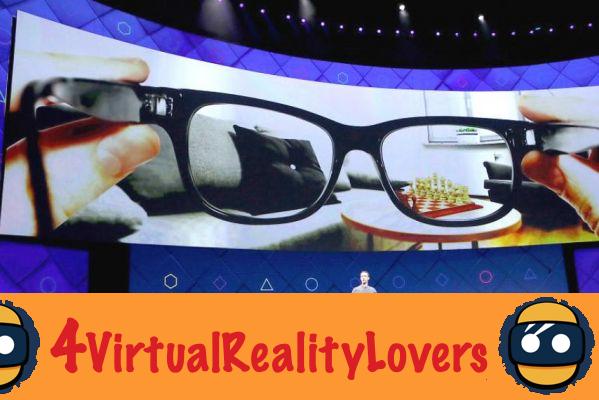 Indeed, our colleagues from The Information newspaper report that Facebook has reached an agreement with the English company Plessey. The American giant thus counts buy all the glasses made by this company specializing in the manufacture of MicroLED screens. These should be used for the development of a new model of AR glasses that Facebook has been preparing for a while. However, the newspaper also tells us thatApple had also initiated discussions with the same manufacturer, with the same aim.

Facebook is giving Apple a nasty blow here and should get ahead in the race towards augmented reality for all. This battle is expected to rage over the next few years as studies plan the first models by 2023.

MicroLED outperforms LCD and OLED in every way

What is so special about this MicroLED technology that two giants are trying to tear it off like this? Today, screens are mainly classified into two types: LCD and OLED. The major difference comes from the source of the light. When the former use a separate source, the latter themselves emit light. This allows for better contrast and deeper blacks. In addition, energy consumption is reduced, influenced only by the pixels that are lit. Similar to this model, MicroLEDs also emit light themselves. Above all, they offer significantly increased clarity and even better energy management. For these reasons, this technology could be very suitable for a pair of consumer AR glasses, light, with good autonomy.

The English company Plessey has been working on MicroLEDs since 2017. They quickly chose to turn to smaller screens, instead of attacking televisions as well as mobile phones. In 2019, they made the demonstration of their 1080 inch diagonal 0,7p mini-display. They also announced that they were able to reproduce the same in 4K. However, their screen currently only displays one color, blue.


So there are still some details to work out. However, Facebook did not hesitate to go ahead of Apple and obtain the exclusivity of the use of Plessey's MicroLED screens. The Zuckerberg firm here appropriates the services of one of the few boxes to manufacture this kind of screen, which is more suitable for augmented reality glasses. Apple now has to find an alternative solution if it does not want to be left behind by its competitor.

Maskmaker finds himself in an enigmatic trailer ❯