World of Tanks AR: The Future of Board Games Unveiled at Gamescom 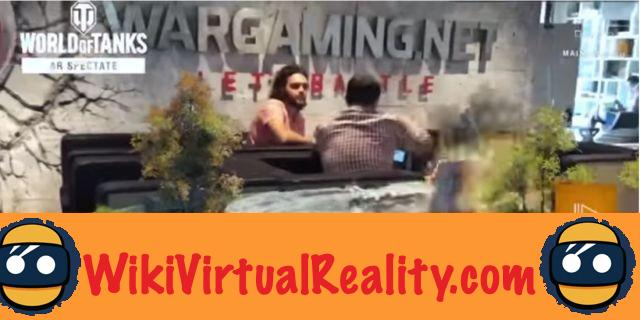 The World of Tanks video game, developed by Wargaming and available on PC, brings together over 140 million war game fans around the world. As part of Gamescom 2018, the developer has just presented World of Tank AR Spectate: an augmented reality version of WoT.

Developed over six months by the Belarusian company, the experience offers players the opportunity to engage in strategic battles of virtual tanks integrated into their real environment, for example on a table. An iPad, connected to a PC, acts as a 3D mouse. The PC takes care of rendering, and transmits the data to the iPad in the form of video. Thanks to the ARKit framework for iOS, the position and orientation of the PC are continuously sent to the PC. Thus, the game camera changes its viewing angle depending on the position and orientation of the iPad.

This demonstration is impressive, but it is for now a simple concept. Wargaming has no plans to make this an application available to the general public yet. Either way, World of Tanks AR offers a nice overview of the potential of augmented reality.

Beyond video games, this technology could be used to watch esports matches, or for the digital recreation of story scenes. Besides, Wargaming just signed an agreement with the History Channel to create augmented reality content. We can also imagine use cases for cinema, sports or even social applications.


However, according to Wargaming, it will be necessary to wait for the general public to familiarize themselves with this technology to see the augmented reality market explode. This demonstration is also intended to arouse the enthusiasm of visitors to Gamescom and Internet users to speed things up.


In addition, The rise of 5G will overcome restrictions related to the technical limits of smartphones and tablets. The developer also plans to create content for AR headsets like the Magic Leap One.

add a comment of World of Tanks AR: The Future of Board Games Unveiled at Gamescom