Xbox Scarlett: "nobody asks for VR" according to Microsoft 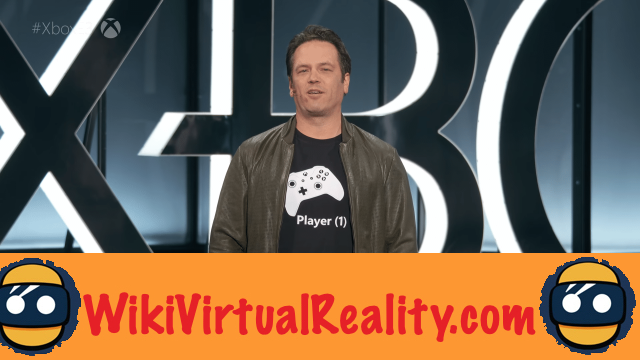 As with the Xbox One, Microsoft obviously has no intention of offering a VR headset for its future console with the code name Xbox Scarlett. Interviewed by the Stevivor website, Xbox Division President Phil Spencer recently said that it is "not a priority" for the American firm.

The manager explains having several reservations about virtual reality. According to him, this technology “is insulating and video games are supposed to be a user-friendly experience”. Phil Spencer adds that Microsoft "answers what consumers demand and ... nobody asks for VR".

Xbox Scarlett will not be compatible with virtual reality

Thus, he considers that "the majority of Microsoft customers know that there are platforms for virtual reality experiences". In his view, the sales volume of PC VR headsets demonstrates that Xbox owners who may be interested in VR already have a PC headset...

As a reminder, a VR headset project for Xbox One X would have been abandoned at the last minute in the past. Microsoft prefers focus on its line of Windows Mixed reality headsets for PC, whose sales fail to take off to match those of Oculus or HTC Vive.

Even if Phil Spencer does not completely rule out the possibility of a VR headset for his console in the future, so it seems certain that this product will not be released for the next generation of consoles. Virtual reality fans will therefore have no choice but to opt for the PlayStation 5 and the future PSVR 2 from Sony!

add a comment of Xbox Scarlett: "nobody asks for VR" according to Microsoft