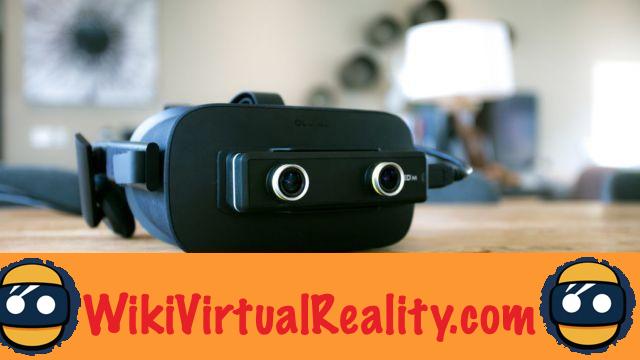 Once attached to a virtual reality headset like the Oculus Rift or the HTC Vive, the ZED Mini camera allows you to see the real world in stereoscopic vision, with real-time depth mapping. It is then possible to add virtual elements to the images of the real environment. Thus, VR headsets become futuristic AR headsets. Indeed, while current AR headsets, like the Microsoft Hololens, offer a field of view of only 40 degrees, the ZED Mini allows you to take advantage of the 110 degree field of view of the Rift and Vive.

ZED Mini: the camera transmits real-world images in real time on the Rift or Vive screen

The ZED Mini brings together two cameras spaced 65 millimeters apart, i.e. the same distance as the average interpupillary distance of human beings. By comparing the images from the two cameras, the accessory is able to calculate the depth of what it is filming.

According to the company, the device can detect a maximum depth of 15 meters. By modeling a geometric map of the environment in real time, the ZED Mini combines the data with an IMU to enable real-time helmet position tracking within the AR environment.

The ZED Mini is available for pre-order now for $ 450 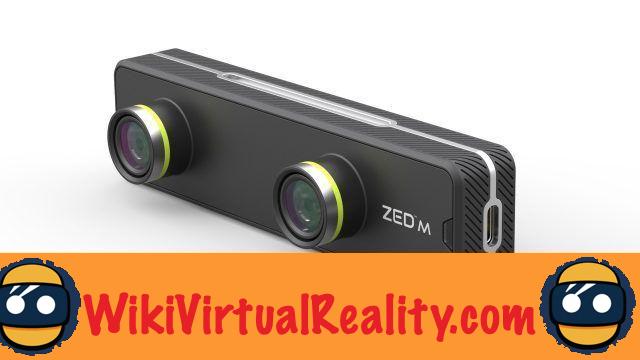 Among the technical demonstrations presented by Stereolabs, there is in particular a game in which drones appear in the environment of the player and attack him. Thanks to depth detection, robots can actually hide behind furniture or people and other obstacles nearby. The player can also take cover realistically. Another demo allows robots to be destroyed using a lightsaber whose position is detected in real time by the camera. Depending on the power of the blows, the robots take off more or less quickly.


Le ZED Mini is available for pre-order now for $ 450. The marketing date is expected for November 2017. Initially, this device is intended mainly for developers who want to get into augmented reality and already have an Oculus Rift or an HTC Vive. Subsequently, when quality applications have been developed, the general public can in turn be tempted by this device offering an original and interesting approach to augmented reality.