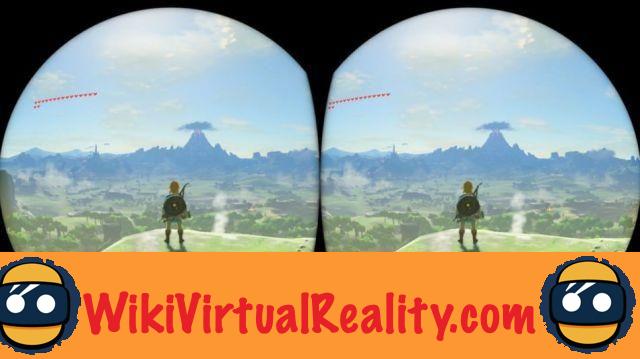 The Nintendo Switch Labo VR Kit virtual reality headset is finally available, and first-time buyers are thrilled to be able to play various mini-games in VR with their favorite console. However, what fans are really waiting for is to be able to rediscover Mario Odyssey and Zelda Breath of the Wild in virtual reality starting April 26, 2019.

Indeed, Nintendo has already announced that these two flagship games of the Switch will benefit from a new VR mode thanks to an update. If Super Mario will be satisfied with a handful of new missions specially designed for the Labo Kit, all of Zelda BotW will be playable in VR. Following this announcement, many questions remained unanswered as to the exact operation of this full port.

On its blog, Nintendo has just answered these questions while unveiling the first screenshots of Zelda in virtual reality. According to technical director Takuhiro Dohta, to launch VR mode, just open the menu and activate an option. The Switch will then need to be placed in the glasses with the controllers connected to the sides. 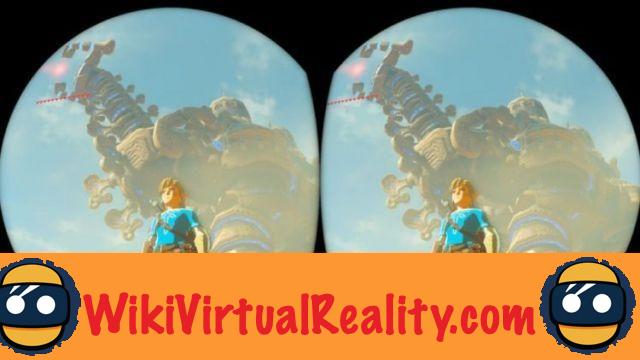 The controls will be the same as the original game, but the camera will follow the player's head movements. This is why Nintendo recommends using the VR headset “when there is something interesting to see such as a beautiful panorama, a character or a piece of equipment to observe”.

Originally, the developers wanted to offer only part of the game's content in virtual reality, such as dungeons or boss fights. However, after much hesitation, they decided to wear the entire set and let players choose what interests them most...


Zelda Breath of the Wild sera compatible VR from April 26, 2016 following a free update. You just need to own the game and the VR Labo Kit to be able to embark on this new experience ...

Oculus Rift and Omni, the perfect duo of gamers ❯

Resident Evil 7: Not a Hero - Sony announces free DLC for the most terrifying VR game

Ilysia VR: an MMO that hit Kickstarter in September

Vacation Simulator, the only VR game nominated for the 2020 BAFTA Game Awards

Add a comment from Zelda VR on Switch: Nintendo reveals the images and gives details