The Zotac company, known for its mini-PCs, has unveiled its latest product: the Zotac Mobile VR. As indicated by his name, this compact computer will be autonomous and placed in a backpack offering a wireless experience to the player. Tailor-made for virtual reality, this computer will be equipped with GeForce (R) GTX 970, 980 or 980 Ti graphics cards. According to the presentation video, the PC uses the HTC Vive. The Hong Kong company has not communicated much on the rest of its PC. The price, weight and release date of this machine remain unknown.

The Digital Trends site has another hypothesis, however. Zotac has in the past announced the release of the mini-PC Magnus EN980 Zbox compatible with virtual reality. The Zotac Mobile VR would therefore be a version of this computer put in a bag. Like many “barebone” mini-PCs, the user has to purchase memory, a hard drive and an OS, which makes this machine quite expensive. The EN980 will be equipped with an Intel Core i5-6400 processor and an Nvidia GeForce GTX 980 and a liquid cooling system. The mini-PC will also have USB 3.1, USB 3.0, DisplayPort, HDMI, and Ethernet ports. The release of this PC is scheduled for this summer with a price range between 1500 and 2000 dollars.. 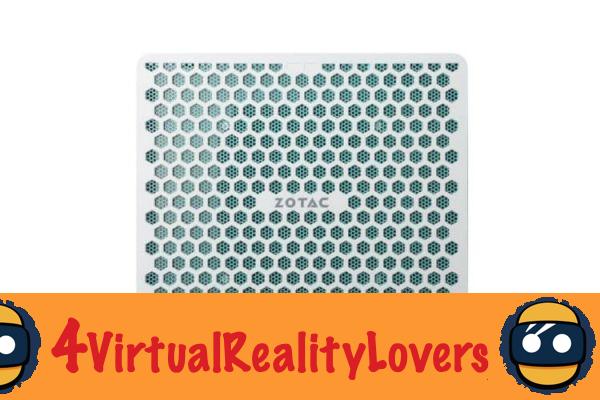 Getting rid of the thread of virtual reality headsets is the logical evolution of this new technology. Even though this backpack seems to solve the problem, the bulk and its price remain obstacles to its success. In addition, the energy required to operate a PC with high graphics capabilities and a virtual reality headset raises the issue of battery life. Zotac did not give details on the subject.