Zotac - Virtual reality in a backpack? 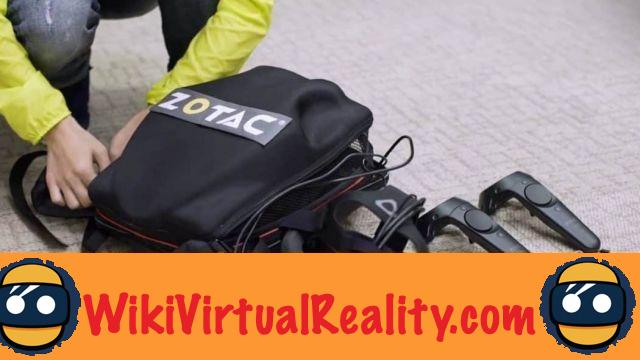 Zotac is a company specializing in the manufacture of computer hardware with the slogan “It's time to play”. The Hong Kong company is very specialized in building PCs but not just any type of PC, mini-PCs. A mini-PC is a PC which, thanks to advances in the miniaturization of computer materials, can be used nomadically, on battery. Although more powerful than a tablet, this technology does not allow to have a power equivalent to fixed PCs. But Zotac, which has already built powerful mini-PCs that can offer users a clearly respectable computing capacity, now wants to get its hands dirty to create a mini-PC that can support virtual reality. 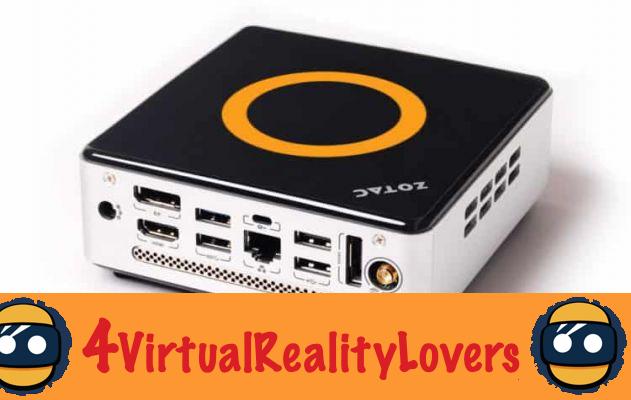 It's good for eliminate clutter-related problems of the use of a virtual reality headset that Zotac takes this step. The large number of wires (power cables, USB sockets, HDMI sockets, etc.) but above all their side very inconvenient for movement sometimes makes the VR experience frustrating. Zotac's dream is then simple, to be able to transport all these cables and the PC that goes with them in a simple backpack, thus putting in the row of the possible to be able to go out in broad daylight with his helmet, but also to be able to move freely and without embarrassment with a helmet, a boon for video games, such as horror video games, which require large gestures in particular.

But when you see the power that a virtual reality headset demands, it is hard to believe that an HTC Vive, of which you can find the test here, could be decently powered by a simple mini-PC. If the brand announced it, we can believe that they are really working on such an ambitious project, at the risk of doing bad marketing. But it is difficult to imagine that this device sees the light of day very quickly. What they already name le Zlotac Mobile VR could be a simple advertising cost slightly non-contractual. 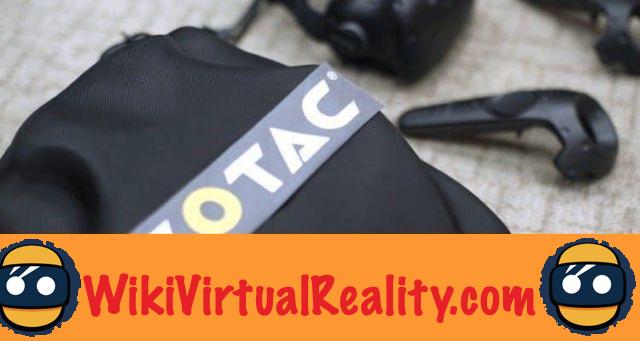 For the moment, the hope of seeing a mini-PC vigorous enough to keep in check the greediness of a VR headset clearly does not exist in the range offered by Zotac. We will surely have to wait for their next model of mini-PC, the ZBox Magnus EN980, to see Mobile VR. The EN980 is also very promising, embedding a graphics card GeForce GTX 980, which is cooled by a water dissipator system, but also a Intel Skylake processor. But it is rumored that the graphics card of the EN980 would only be in its mobile version and we doubt that this biased version can support VR.

All of this deserves our attention but above all that we are concrete to study the potential, but it is true that the idea of ​​being able to carry the VR in a backpack remains Very kind. Being able to jog while watching a video of the Grateful Dead in virtual reality is priceless, as long as you don't get hit with a wall. Because yes, if many see it as an innovation, assuming that it is achievable, revolutionary, the practical interest is ultimately, when you think about it, not obvious. Of course, we will be able to move around freely thanks to this backpack, but for what purpose? Increase the chance of breaking something at home or even the worst to seriously injure themselves and others, or even break this beautiful helmet which cost us so dearly? Not to mention the fact that in the end, against a few wires on the ground, we gain weight on our shoulders and a rather substantial weight, enough to give you back pain after an hour of use.


What's more, the cost of such a PC will add up. in thousands of euros, thousand euros which would allow us to invest in a more than important PC upgrade while ensuring a quality of rendering in the VR which will be still significantly superior to a mini-PC. Finally, we wonder how long a battery can last with as much consumption on your arms, 10 minutes, 30 minutes, you might as well stay comfortably installed on your sofa, stroking our cables serenely.

Beat Saber: the best tips to improve your score ❯

add a comment of Zotac - Virtual reality in a backpack?