In reality, the two Pimax headsets do not offer 8K or 5K definition. These two devices are respectively equipped with a Dual LCD 3840 × 2160 screen, and a Dual OLED 2560 × 1440 screen. These definitions remain higher than those of the helmets available on the market today. Moreover, the horizontal field of view will be 200 degrees, almost identical to the natural human field of vision of 220 degrees. These specificities should therefore offer an incomparable feeling of immersion.

Pimax 8K: a VR headset compatible with Lighthouse and SteamVR 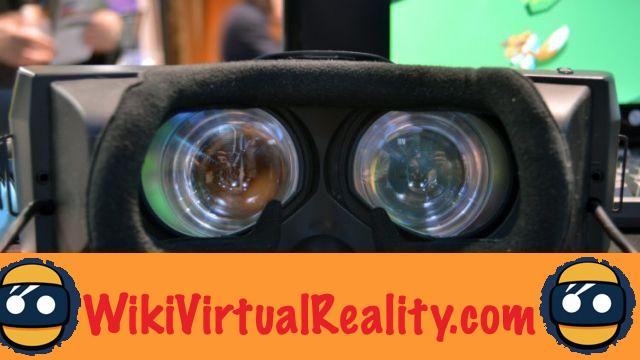 The Pimax 8K and Pimax 5K will be two of the first third-party headsets to work with Valve's Lighthouse tracking system, along with the HTC Vive. Presented at CES 2017 as a prototype, the Pimax 8K greatly impressed those who had the chance to try it, despite some technical shortcomings. Since CES, Pimax has continued to improve its headset, and added compatibility with SteamVR, which will allow users to access the entire HTC Vive game catalog.

In order to allow these powerful VR headsets to work without the need for a NASA computer, Pimax used a software technique called Brainwarp. This allows you to display the 4K image on one screen at a time, 150 to 180 times per second. Thus, Pimax claims that users will experience 8K images at 150/180 Hz frequency with high refresh rate. This technique boosts the refresh rate, reduces latency, and reduces the pressure exerted on the graphics card by the Pimax 8K.

Pimax 8K: a modular VR headset for the future

On the Kickstarter page, Pimax specifies that its helmets can be a starting point for DIY enthusiasts. Indeed it it will be possible to add modular accessories to customize devices and add new features to them. Thus, as new technologies appear, such as hand-tracking, inside-out tracking, wireless, or eye tracking, it will be possible to incorporate these technologies into Pimax helmets by connecting new accessories to them.

For now, Pimax has not yet released the price of 8K and 5K headphones. People who have contributed to the funding should receive their helmet from December 2017, while the products will be available to everyone from February 2018. Separately, the firm reveals that deliveries of the lower reward will begin soon, which seems to confirm rumors that it will be delivered from September 19, 2017 .

Apple wants to integrate augmented reality in the automobile ❯