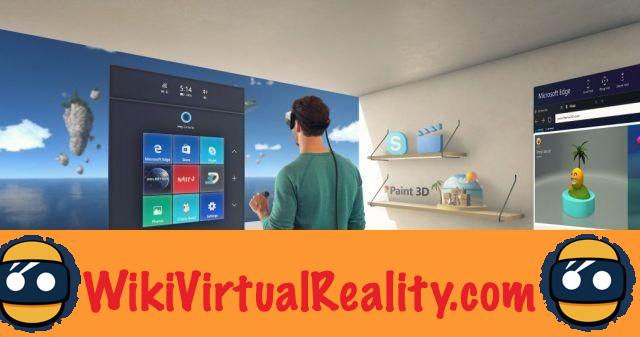 At the end of 2017, Microsoft entered the virtual reality market with Windows Mixed Reality. To support this software platform, an ecosystem of PC VR headsets has also been launched. These are devices manufactured by Microsoft's partners, such as Dell, Lenovo, Samsung, Acer, Asus or even HP.

In addition to running on the Microsoft platform, these VR headsets differ from the Oculus Rift and HTC Vive by a inside-out tracking system without external sensor based on on-board cameras. Unfortunately, a year and a half after the launch of Windows Mixed Reality, it is clear that the popularity is not there.

Windows Mixed Reality headsets still lag far behind the Oculus Rift and HTC Vive in terms of the percentage of Steam VR users, with just 10% share. And this, despite massive price cuts throughout 2018.

For everyone's safety, the Microsoft Store only counts 42 apps in the “mixed reality” section. Suffice to say that the platform of the Redmond giant has not unleashed the passions of developers ...

Asked by the American website UploadVR, the communications director of Microsoft's mixed reality division admits that VR has not met the company's expectations. According to him, " VR headsets were advertised as consumer devices, but the hopes placed on these products turned out to be too great ”.

Even though he refuses to share sales figures for Windows VR headsets, Sullivan believes that the virtual reality industry as a whole has been disappointed by results lower than expected.

However, the communications director believes that virtual reality is currently finding a second wind in the business sector. In terms of hardware, more and more manufacturers are developing VR headsets for professionals.

Sullivan cites the next VR headset from HP, but this is also the case for HTC with its Vive Focus Plus or even Facebook, which is preparing Oculus headsets for companies. Likewise, on the software level, more and more VR applications designed for professional use emerge.

Relevantly, Sullivan compares VR to other technologies such as mobile phones, radios or even microwave ovens. Initially, these innovative and expensive technologies were mainly used by companies before finally democratizing.

Anyway, Microsoft does not intend to abandon virtual reality despite this disappointing start. However, it is unlikely that a “second wave” of Windows VR headsets will be released in the near future.

In truth, according to Sullivan, the Redmond firm does not distinguish virtual reality from augmented reality. In fact, in the immediate future, it plans to focus its efforts in the field of mixed reality on its new AR HoloLens 2 headset and business applications ...

add a comment of Windows VR: Microsoft is disappointed with virtual reality