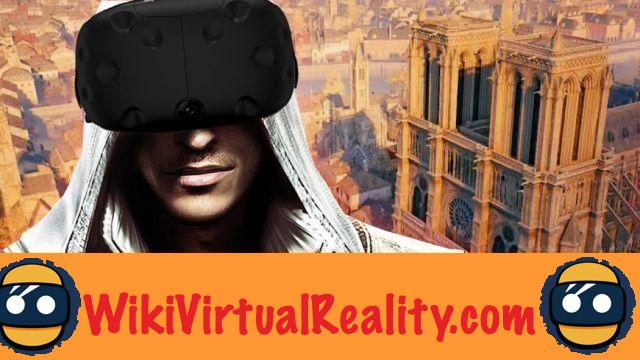 Virtual reality offers many opportunities for the video game industry. It is a window that opens up to new possibilities. However, few large studios dare to take the risk of entering this new market. Among these daring studios, we can mention Epic Games with the excellent Robo Recall available exclusively on Oculus Rift, Bethesda which has just launched Skyrim VR on PSVR and is preparing Fallout 4 VR, or Respawn, the creator of Titanfall who is preparing an FPS in virtual reality for 2019.

Rabbids: The Big Ride, a VR simulator based on the universe of

This is also the case for the French Ubisoft. After several VR games including Star Trek: Bridge Crew, the studio announces VR experiences drawn from its franchises and intended for VR arcades. Thus, Virtual Rabbids: The Big Ride is a VR experience created in collaboration with LAI Games based on the universe of. Two players can board the D-box motion Platform, and enjoy a wind simulator, high definition audio, and put on an HTC Vive headset to experiment three roller coasters : Alpine Adventure, Canyon Chaos et Holiday Hyjinx.

Nearby spectators can observe the reactions of the players. According to LAI Games, this is an eunforgettable experience for users and arcade managers will benefit from a large return on investment. This experience was presented from November 13 to 17, 2017 in Florida as part of the IAAPA (International Association of Amusement Parks & Attractions Expo). The managers of VR arcades will be able to invest in this experience for an amount that has not been communicated.


Assassin's Creed VR: an interactive and immersive experience created in collaboration with Triotech 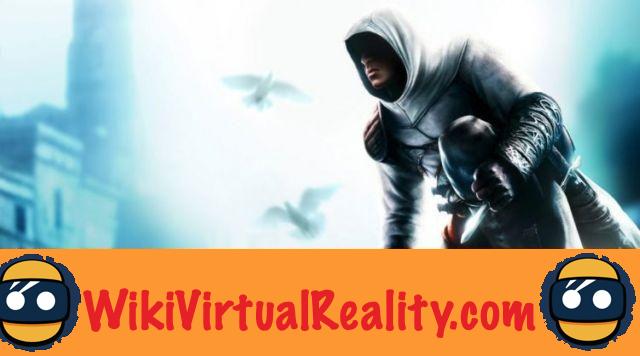 At the same time, Ubisoft is announcing a partnership with interactive entertainment specialist Triotech around a VR experience based on the Assassin's Creed franchise. Remember that Assassin's Creed is one of Ubisoft's greatest successes since the first opus published in 2007. This saga offers players the opportunity to explore different historical environments faithfully reconstructed, playing an assassin.

For this Assassin's Creed VR experience, Ubisoft developed virtual reality content and Triotech was responsible for incorporating it into an interactive installation of approximately 3 square meters. For now, few details were communicated regarding the content and nature of this experience. Assassin's Creed VR will be installed at the Ubisoft Center in Pointe-Claire in Montreal, Canada. According to Ubisoft, this experience will make it possible to offer fans of the franchise an immersive experience, but also to reach a new audience with this innovative concept.

The firm wants to expand and diversify by tackling more entertainment sectors such as VR arcades. The studio has noticed that customers of these arcades are looking for more immersive experiences, based on simulators or multiplayer features. This is the reason why Ubisoft wants to use the latest technologies for entertainment.

add a comment of Assassin's Creed VR: Ubisoft announces a VR experience based on the famous video game saga