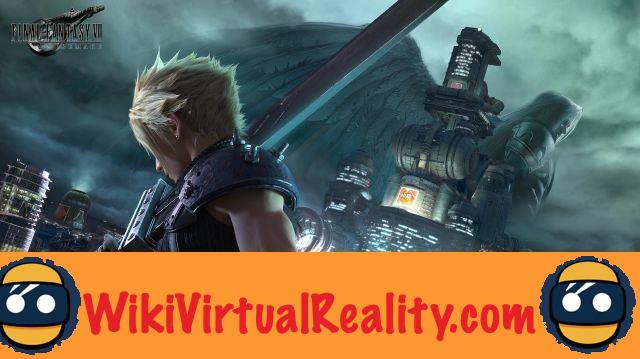 Beginning of January 2020, a demo of the game was on the run on the Web. While digging through the data in this demo, dataminers discovered what appears to be the game's soundtrack.

The track list refers to the different sections of the demo. However, completely unexpectedly, the last track is called “VR Menu“.

In all likelihood, this track is the one we can hear in the VR mode menu. Gold, Square Enix never mentioned VR mode for the remake of this cult game ...

However, it is unlikely that the game will be fully playable on the PSVR, as it was for example. For good reason, first of all, FF7 is played in third person and therefore does not really lend itself to a VR experience.

In addition, this remake is already pushing the PS4 to its limits. A virtual reality version would be far too resource-intensive for this console at the end of its life.

Still, it's quite possible that Square Enix created some PSVR content for. The studio had previously created an original game based on Final Fantasy XV, titled. It was a VR fishing game taking place in the world of FFXV.

Likewise, the game was accompanied by a VR experience offering to revisit the most significant moments of the saga in virtual reality. We can therefore expect that the VR mode offers mini games or immersion in cult scenes of this legendary RPG ...

Pokémon Go: Dark Eggs is coming with the next update ❯

add a comment of Final Fantasy VII Remake: a VR mode unveiled by the OST